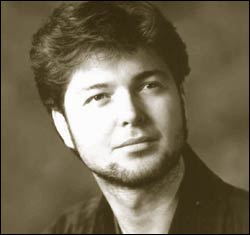 Lombard, a second-year BMus student at UCT, started his classical piano tuition at the tender age of eight and performed with a number orchestras, including the Eastern Cape Philharmonic, Cape Philharmonic and the Cape Town Symphony Orchestra. This year, however, he has devoted all his attention to his studies, with the hope of becoming a concert pianist.

Piano teacher at SACM John Antoniadis has been instructing Lombard since his matric year. Although very humble about his own achievements, Antoniadis played as an international pianist for 10 years, while his 30 years as a tutor have produced a number of accomplished artists.

Lombard finds himself in good company in the piano section at the SACM, and regards himself fortunate. Next year, he says he would like to attend a summer school in Europe, where he would like to gain international exposure at a postgraduate level later.