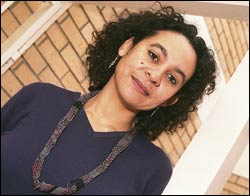 Princely appointment: Prof Amina Mama of UCT's AGI has been named as the second Prince Claus Chair in Development and Equity at the Institute for Social Studies (ISS) in the Netherlands.

Professor Amina Mama of the African Gender Institute (AGI) got to enjoy breakfast with the Dutch royal family earlier this year shortly before being named as the new holder of the Prince Claus Chair in Development and Equity at the Institute for Social Studies (ISS) in the Netherlands.

Mama will become only the second person to hold the position.

The Prince Claus Chair - named in honour of the late husband of the reigning Queen Beatrix - was established earlier this year, and alternates annually between the ISS Den Haag and Holland's University of Utrecht. Despite a chequered past, Claus - a German aristocrat and former West German diplomat - became a popular figure in his adopted Netherlands because of, among other things, his longstanding involvement in Third World causes.

He was also an outspoken critic of colonialism and technicist approaches to development, said Mama, who did some background research on the prince after she was first offered the chair.

Mama was required to meet members of the Dutch royal family (Queen Beatrix, crown prince Willem-Alexander and his wife, princess MÃ¡xima, who oversees the selection of the chair appointee) when they were in South Africa to attend former president Nelson Mandela's birthday bash in July.

Mama will take up the position in 2004. She will hold the chair for the entire year, but is only required to spend three months - which she will break into two short visits - at the ISS, a centre with which she is very familiar.

Mama taught on the ISS' graduate programme for two years in the late 1980s and early 1990s. She is, she says, looking forward to returning to her old stomping grounds, especially because the institute is in the throes of establishing an international doctoral programme, to which she is to contribute.

"It will be very interesting to return to an institute where I spent two valuable and, in many ways, formative years," said Mama. "I also hope to learn something by taking part in the discussion and the formation of the doctoral programme there, because UCT's Graduate School [of Humanities] is interested in setting up a doctoral programme of its own."

The invitation is also something of an honour, notes Mama. "In a way, it was a pleasant surprise to hear from the institute again after more than a decade.

"It's nice that they remembered me and thought of me in this connection."