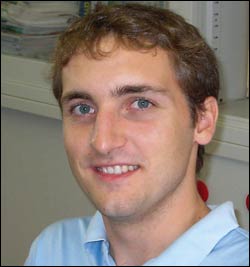 UCT alumnus Peter Storrar has raised R28 000 for SHAWCO in a charity cycle tour in Japan.

Storrar, who was on the Japan Exchange and Teaching Programme (JET), organised the money-spinner with colleague Greg Emans (British JET), using the local JET community, both as helpers and as participants in the event.

The cycling tour was held in Southern Oita Prefecture on Kyushu Island and covered about 270km of rural countryside.

In all 39 cyclists from South Africa, the United Kingdom, Canada, the United States, Germany and Japan, New Zealand and Australia participated, with 37 making it to the finish.

"Each cyclist got their JET office and community to sponsor them and the event was reported by the local TV stations and newspapers," Storrar reported.

The response from the local community was fantastic, he added.

"People and motorists along the way flagged cyclists down and threw donations to them. On more than one occasion, truck drivers pulled over, and held up the traffic while they handed over money. All in all, the response was incredibly generous."

Because the locals had so few opportunities to see "foreign faces", their presence had caused quite a stir wherever they went, he reported.

A total of 950 000 yen was raised for the Japanese Red Cross and for SHAWCO.

(The JET programme promotes internationalisation and foreign language education and participants like Storrar are placed at schools or the organisation's offices in various towns and cities, primarily to impart information about their native cultures and languages.)