University of Cape Town (UCT) PhD graduate Michelle Botha investigated what meanings about blindness and blind persons are produced and perpetuated by rehabilitation service organisations in her doctoral thesis, “Blindness, rehabilitation and identity: A critical investigation of discourses of rehabilitation in South African non‑profit organisations for visually impaired persons”.

Rehabilitation services for visually impaired individuals are found within local non‑profit organisations where services are offered at no cost.

“I experienced the gaining of techniques for adjustment to sight loss as hugely valuable on the one hand and, on the other, as an assault on my identity.”

“As a service user, I experienced the gaining of techniques for adjustment to sight loss as hugely valuable on the one hand and, on the other, as an assault on my identity. Part of this had to do with entering public welfare, which involved transgressing boundaries that would otherwise have protected my privilege,” said Michelle.

“Beyond this, beginning to use visible mobility aids was, for me, an experience of becoming subject to the gaze of others, and being associated with negative ideas about blindness.”

Through her research Michelle found that on their websites, organisations promise the shaping of blind individuals who can integrate into society on said organisation’s terms. These individuals are expected to demonstrate action, independence, and productivity showing that they can cope despite blindness.

They view a successfully rehabilitated, coping subject as one who can manage and continue despite sight loss, once provided with a simple solution such as an appropriate device, skills training or computer literacy.

In other words, “their blindness will no longer be as problematic and they will regain functionality for inclusion in society”, said Michelle.

However, service users often experienced the taking on of practical techniques and assistive devices as an assault on identity. Some also described feeling frustrated by processes that felt irrelevant or did not deliver on what was promised.

These service users disrupt the construction of a linear rehabilitation journey by highlighting gaps in service delivery, and present experiences of sight loss, rehabilitative interventions and outcomes that are more nuanced.

Michelle argues that “the discourses surrounding the operation of rehabilitation can serve to strengthen a socially entrenched belief in the inherent degeneracy of blindness. As rehabilitation discourses produce knowledge about what “acceptable” blindness looks like, they remind both visually impaired people and society about what must be rejected.

“I use the term ‘degeneracy’ in an attempt to capture the characteristics with which this shadowy figure of blindness is imbued: inferiority, abjection, deprivation, intolerable difference and a lack of self‑control,” she said.

She suggests that these ideas are key drivers of an imperative to cope, where individuals are prohibited from expressing nuanced emotions in response to experiences of struggle. This is compounded by service providers who demonstrate at times an obsessive need to see those who fit the mould of the “coping blind person” emerge from rehabilitation services.

Central to this idea of coping is independence. The term “independence” for most service providers means visually impaired individuals do not need to ask for assistance and are able to move through the world on their own. One service provider even commented, “operate like normal sighted people”. This, Michelle argues, is because the problem of blindness is defined in relation to the social norm of sightedness. This, combined with the signalling of an often inaccessible world where difference is unwelcome, are factors which underpin this fixed view of independence by service providers.

“This adherence to this fixed concept of independence may obscure the complex lived experience of service users and limits the responses to the practical challenges of sight loss,” said Michelle.

“The problem of blindness is defined in relation to the social norm of sightedness.”

The process of gaining independence is more complex than acquiring skills to do things alone.

One user interviewed described the terrible experience of having to navigate public transport and the daily threats of abuse or sexual assault and felt that the service providers she engages with don’t have a true understanding of what she has to go through when urging her towards greater independence.

In their feedback, the user said that “staff should move among the students, speak to them so that they can know what we go through, the things that we must [endure]”. Another user pointed out that there is an unseen cost to taking on mobility aid, adding that she believes walking with a cane makes her a vulnerable target.

This cost‑benefit analysis is one that users of assistive devices must do on a regular basis and this complex idea of choice while negotiating their independence was not recognised by many service providers.

“Despite the promises of organisation public facing material, an image of a completely independent blind individual ‘standing alone’ is, I argue, incompatible with the lived experiences of visually impaired people. As a result, blind people may find that the inevitable need to be assisted feels like slipping back into a socially rejected role,” said Michelle.

“This, in turn, relates to the emergence of a political consciousness and voice among disabled people, which can be undermined by the demand that one silently fulfils the daily tasks of life independently. This may also create pressure to forgo the networks of support they have built. Afterall, taking charge of one’s own life may, at times, be facilitated rather than hampered by the assistance of others.”

As one user shared: “I have good friends, I have someone who regularly … takes me shopping … which, for me, has become quite key … in terms of my independence.”

The building of support networks demonstrates significant interpersonal skills and self‑confidence, which service providers did not seem to acknowledge. At the same time, these support networks are not uncomplicated.

“Visually impaired persons are involved in active processes of sense‑making for themselves. Nevertheless, we have seen that adherence to strictly defined roles in rehabilitation builds into an image of blind persons as needing to be drawn away from negative characteristics and toward embodying traits associated with a discourse of the coping blind person,” said Michelle.

“These findings begin to reveal the significance of relationships in rehabilitation in terms of the ways in which meanings for blindness and the experience of blindness are exchanged within relationships where help is given and received.”

In short, those who experience visual impairment have to navigate not only the reality of sight loss and the material effects of blindness but also a societal view of blind persons as inherently incapable, needy and degenerate.

“Understanding this is essential if we are to grasp not only the physical circumstances but also the emotional state and subjective position which individuals entering rehabilitation find themselves in. This understanding sheds light on the position of influence occupied by rehabilitation organisations and workers in relation to individuals who can feel set adrift in the world.”

Michelle’s research calls for a critical evaluation of the impact of rehabilitation services at the level of identity and explores an imbalance of power in rehabilitation, which remains relatively undisturbed, posing critical questions for our democracy about empowerment and citizenship in the lives of South Africans with disabilities.

Michelle graduated with a PhD in disability studies on 14 July 2021. 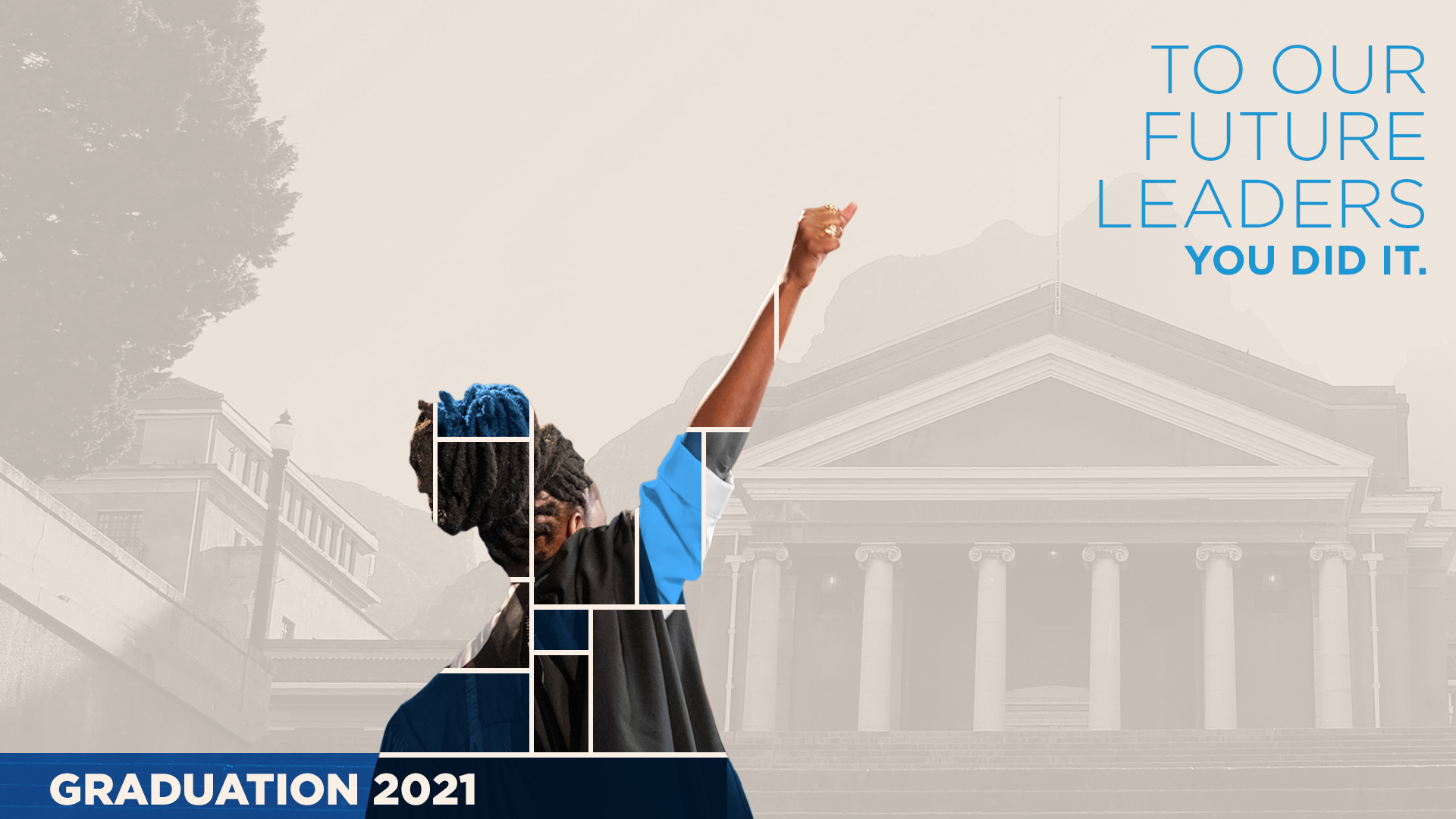 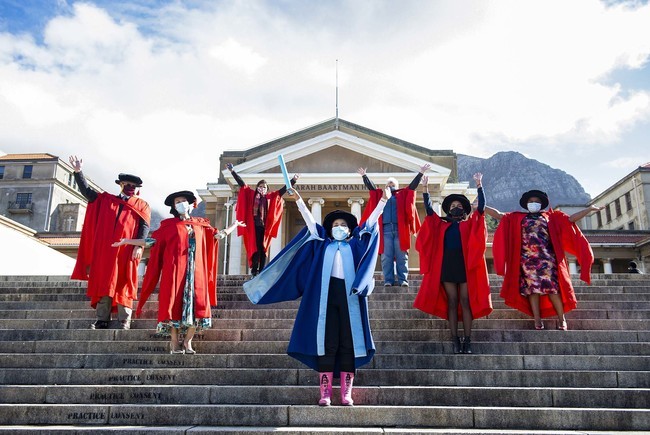 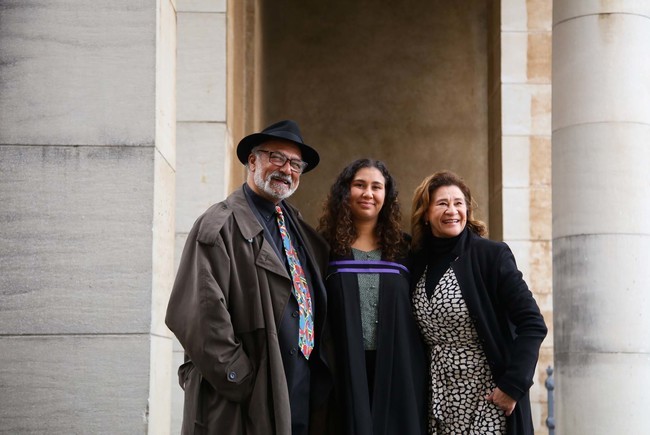 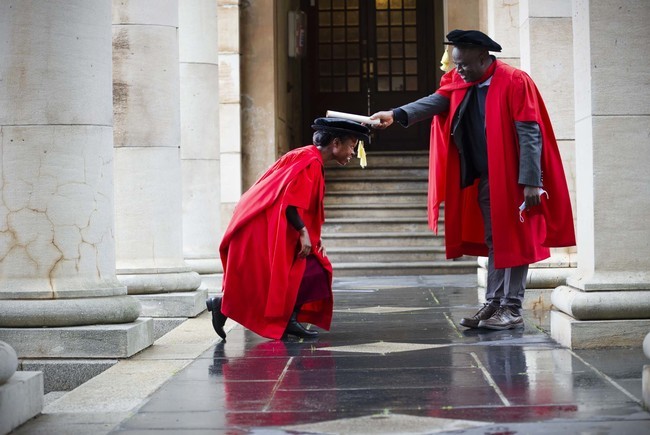 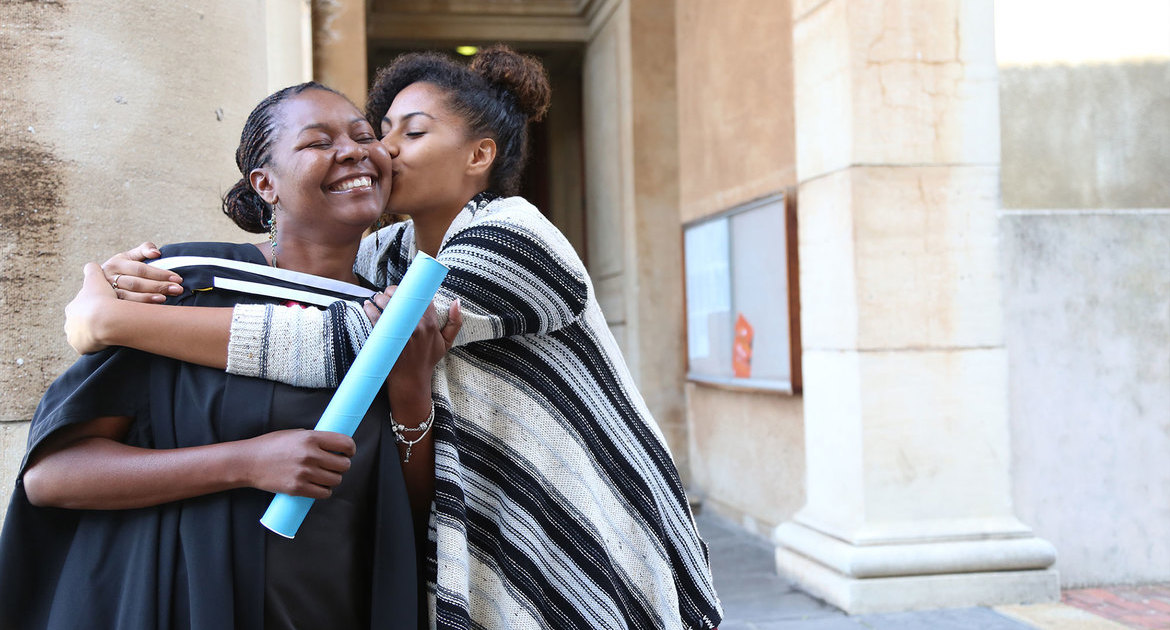 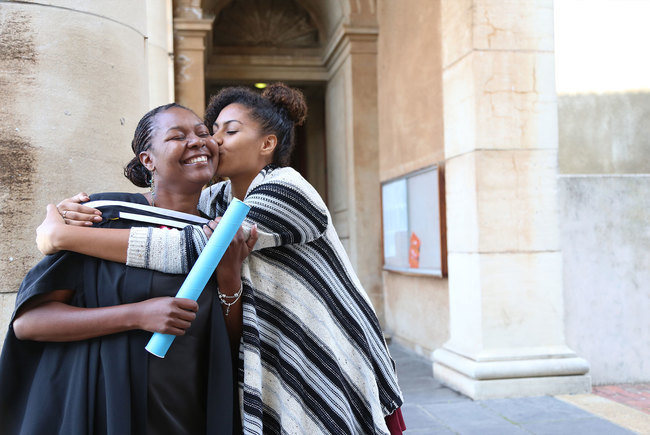 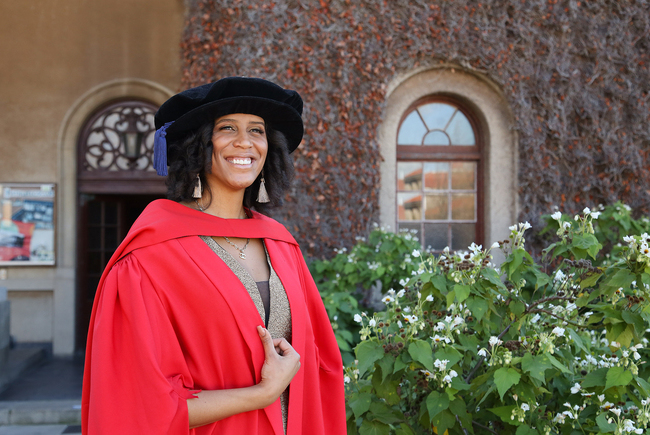 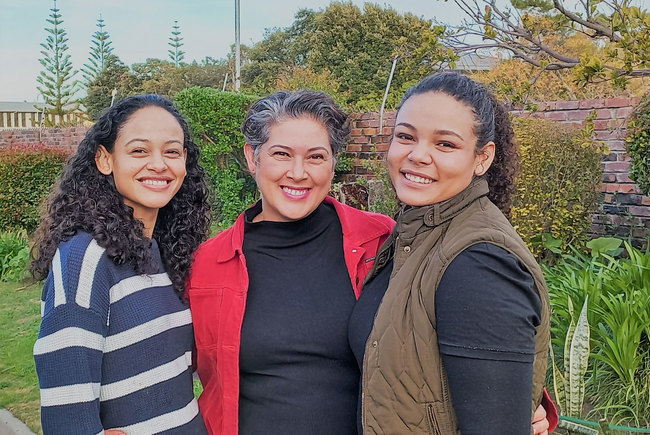 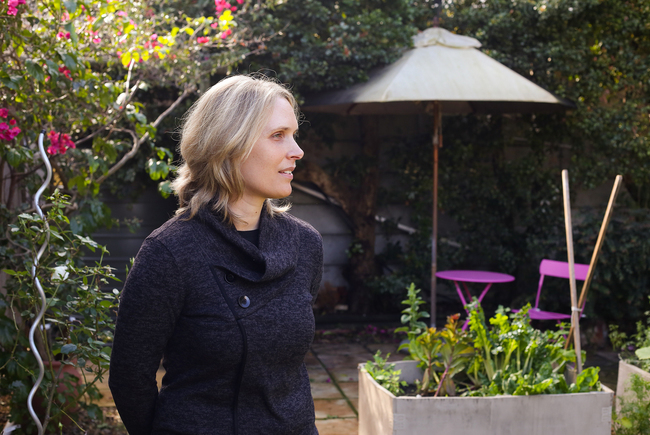 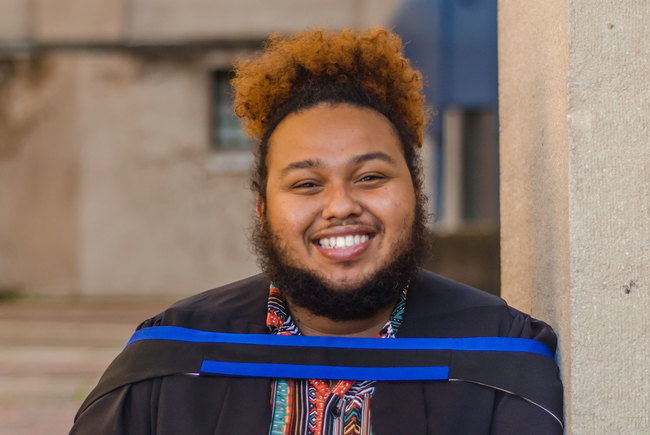 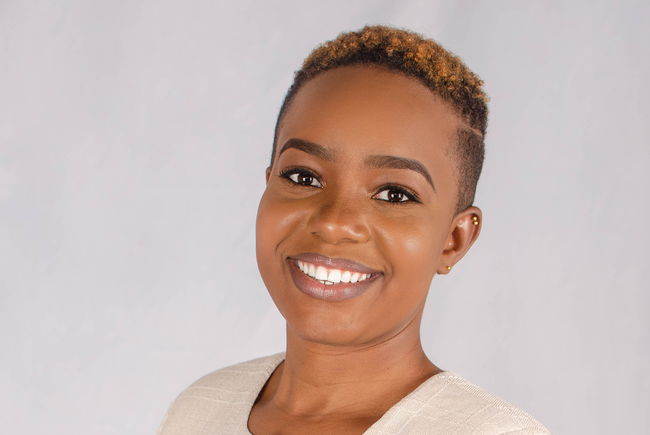 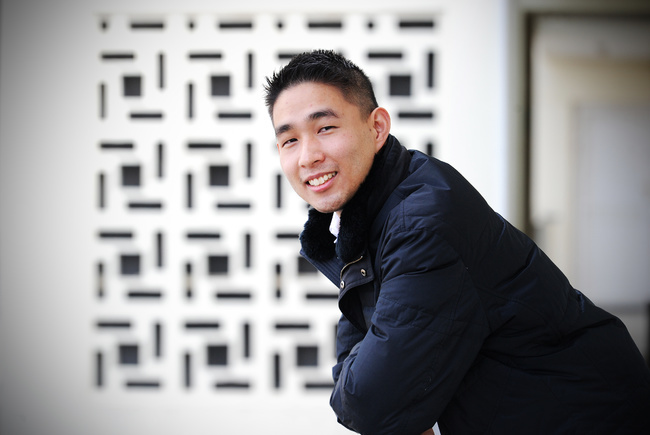 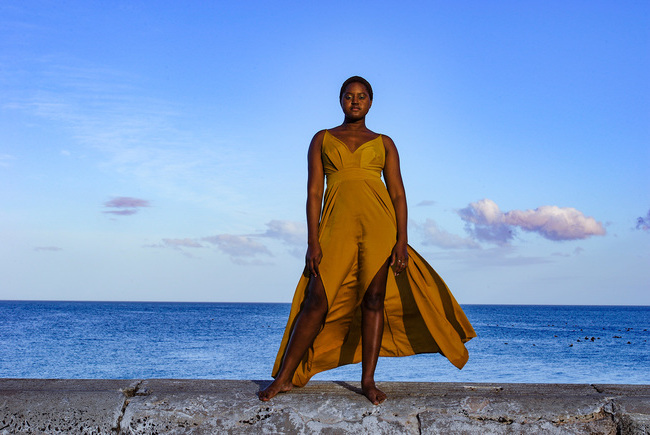 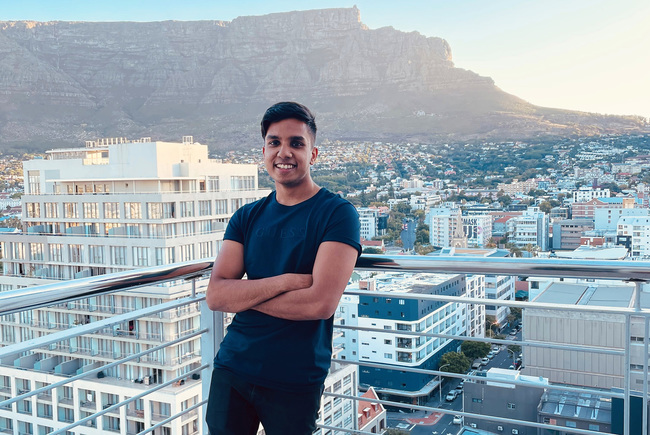 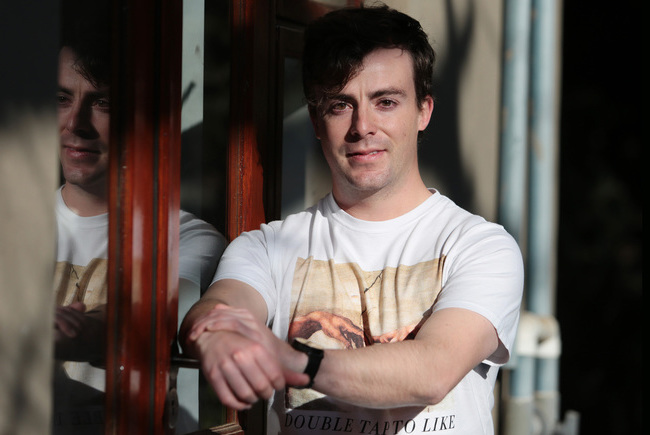 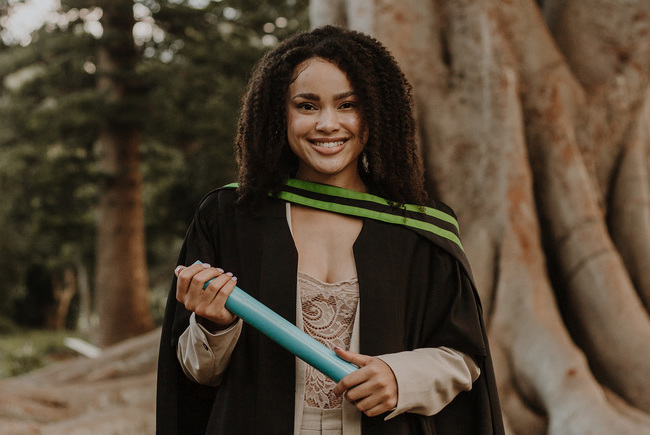 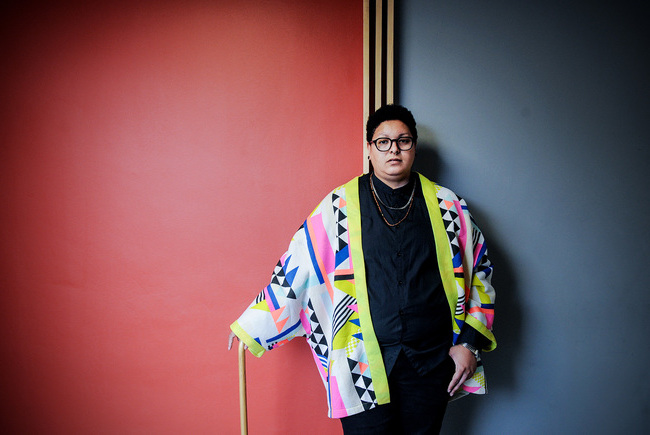 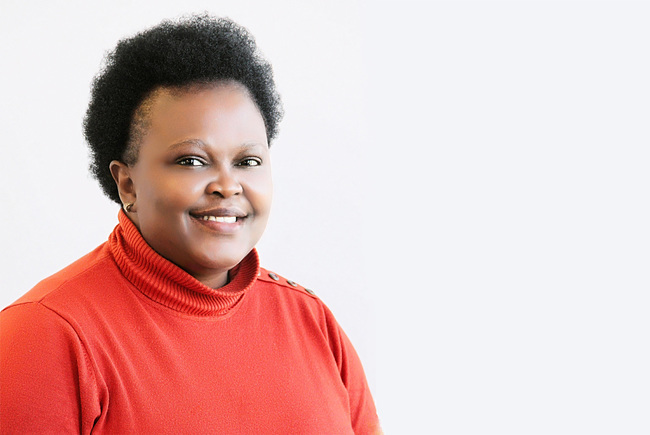 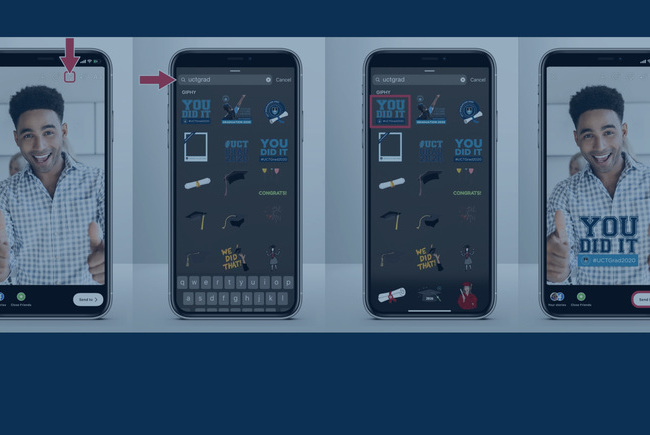