Heritage Month: Restore the ‘critical knowledge’ of the ausis

June Bam-Hutchison found out her mother could speak Khoekhoegowab when the matriarch was in her 70s. Until then, ausi May’s ability to speak in clicks and the reason she bore two striped knowledge marks on her left upper arm were hidden, never spoken of.

That day, behind closed doors in the bedroom of the family’s Cape Flats home, she told her daughter the truth, urging secrecy. This was later shared with all her daughters. And when she spoke of the click language she knew, she began shaking, said Bam-Hutchison.

The internationally known scholar and associate professor at the University of Cape Town’s (UCT) Department of African Feminist Studies is the founding director of the San and Khoi Unit in the Centre for African Studies. She is also principal investigator: Worldwide University Network Research Project.

“Ons is van daai mense,” (We are descendent of those people) ausi May said, hushing her daughter. “Ek kan die taal praat. Shhh.” (I can speak the language. Shhh.)

“Why didn’t you teach us?” Bam-Hutchison asked.

This was Khoi and San “veld knowledge” attached to the landscape, to deep time and deep listening – and to the ausi. These are first-born women intergenerational knowledge-keepers of the pre-colonial past; a word that still survives on the Cape Flats today.

“It’s a Khoekhoegowab word, its meaning linked to the emblems of a snake, wisdom, and a fountain, and taken from a language spoken right here.”

In her own research on the extent of her mother’s knowledge, Bam-Hutchison found that an ausi medicine book, based on the study of indigenous herbs and plants and formulae for treating various diseases, bacterial infections and viruses, was based on hand-written notes handed down by an ausi on the Cape Flats in the late 1800s. This was passed on through the matriarchal line of that family and knowledge networks.

“This book of secret knowledge of medicinal treatments was not shared with boys and men,” said Bam-Hutchison. “The handwritten hard cover book is considered sacred, protected knowledge, which confirms evidence of this ‘secret’ practice of the Cape Khoe women documented by European travellers to the Cape hundreds of years ago.”

Though many white families will know the word as ousie, usually attached to older women employed to do domestic work, it is not an Afrikaans word.

“It’s a Khoekhoegowab word, its meaning linked to the emblems of a snake, wisdom, and a fountain, and taken from a language spoken right here, with the female mountain, all the way down to the Liesbeek River,” said Bam-Hutchison.

Ausi May had lived a life of necessary silence, denying her indigeneity in public lest the apartheid police hear her speak her mother tongue, and identify her as one of the “nothing people”. This sense of deep inferiority instilled among the Khoi and San people was calculatedly entrenched by the colonial and apartheid regimes, said Bam-Hutchison.

First, the apartheid government classified them loosely as “coloureds” and a “nothing people”; “the ones who are left over once all the other races are sorted” was how the late former first lady Marike de Klerk put it.

Disturbingly, this narrative of “primitive” and “savage” was later continued by some senior members of the post-1994 political elite, said Bam-Hutchison.

“It was accompanied by a dangerous new narrative of rigid race politics on who is ‘African’ and ‘who belongs where’, whereby the apartheid-designated ‘coloured’ demographic group was publicly mocked as rootless people with no African origins,” she said. “It went as far as claiming that the Western Cape had ‘an oversupply of these people’ and that the women, which implied the ausi, were ‘oversexed’.”

But history shows that the Khoi and San are part of an ancient world, and part of a global world of trade and contact. However, these memories were embedded in ausi May, who bore the mental scars. And her trauma went even deeper.

Bam-Hutchison’s mother attended school for one day in her life. On her first day at school around the wetlands in Blouvlei on the Cape Flats, their teacher had complained that she looked “too indigenous” for his class.

“He was specifically referring to her hair type, which annoyed him.”

He took a rope and set up a mock hanging, under a pyre, from a tree outside. History had taught that savages were hanged and burnt, he told the class. It was only when she and her classmates began screaming that he stopped.

The young May ran straight into the veld. Here she had knowledge of the insects, the wind, the medicinal and edible plants, and the stars, passed on by her own mother, grandmother and great aunts. It was her haven and refuge from western schooling.

She never returned to school, but later taught herself to read and write.

“From that day, she decided to teach her children all she could, learnt from generations and generations of women of Khoi and San descent,” said Bam-Hutchison. “She took us into the veld from age three or four. We walked according to our ages and learnt how to read the time in the sand – and she tested us on our knowledge.

“We had conversations about big knowledge and conservation protection and understanding the past in new ways. Sundays were known as Dream Sundays among the matriarchal elders when we gathered to talk about the meanings of dreams and visions. Once you got to puberty, you were called and the ausi started teaching you. So, I was lucky, given a way through birth, to be her child.”

Ausi May might have sensed the erasure of that knowledge that was to come.

“This was a serious way of positioning feminist African knowledge and reading the past beyond the colonial archive,” said Bam-Hutchison.

As Bam-Hutchison’s birth had been difficult, and on ancestral advice and spiritual guidance, she later explained to her daughter, ausi May had assigned her the custodial role bound up in giving dignity to people of Khoi and San descent and ensuring their knowledge and ancient belonging to the land were recognised.

Bam-Hutchison shared these stories at a cultural event hosted recently by the UCT Irma Stern Museum, a joint improvisational music and spoken word piece with internationally celebrated visual artist and musician Garth Erasmus, using traditional Khoi and San instruments. The event was conceptualised and curated by the museum in collaboration with Bam-Hutchison and Erasmus.

The gathering began with a ritual cleansing ceremony of the museum’s spaces and gardens by the current interim director of the San and Khoi Centre, Dr Yvette Abrahams. These have been built on sacred, ancestral land between the mountain and the sea, where the San lived for centuries and where the Khoi once grazed their cattle.

“Our ancestors and our ausis today have walked there, up to the river and across the land,” said Bam-Hutchison.

Her presentation tapped into her 2021 book Ausi Told Me: Why Cape herstoriographies matter, which focuses on the Western Cape’s wetland areas of Rondevlei, Hardevlei and the Cape Flats.

Speaking at the event, Irma Stern Museum director, Nadja Daehnke, acknowledged the spirituality of the space and paid homage to efforts to reconnect scholarship to this Khoi and San inheritance.

“In [June’s] book the indigenous stories, visions and rituals passed down an ancient matrilineal line of knowledge keepers are recognised once more as critical sources of knowledge, physical and emotional well-being,” said Daehnke.

“It must be restored to its place in the canon of knowledge of history and the natural world.”

Bam-Hutchison agreed. “It must be restored to its place in the canon of knowledge of history and the natural world, and societies facing climate change and new epidemics,” she said.

Part of that is rooting out the “inferior peoples” myths that still exist, even in scholarship. A recent academic paper purporting to show that the “coloured women” have lower cognitive abilities caused an outrage. So did the same university’s claim to possess the country’s “largest collection of coloured skeletons”.

As Bam-Hutchison writes in her book, “Identity is not about Western classificatory binaries. We hold our shared and integrated humanity in our cusped hands in the way ausi does at the fire when she holds the healing herbs. It is like holding the sacred praying mantis (Tsuni-//goam) with its powerful fragility, in our hands.” 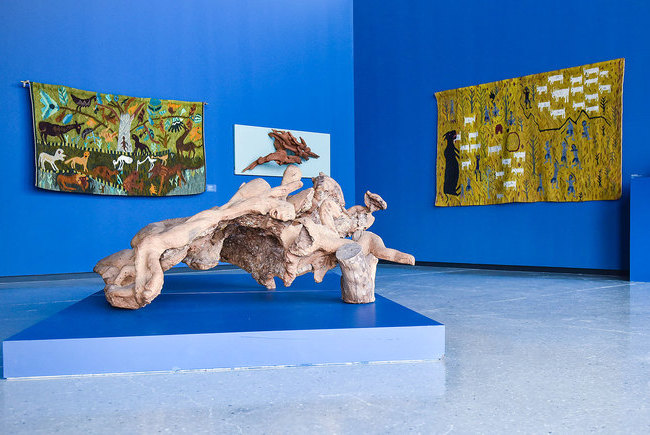 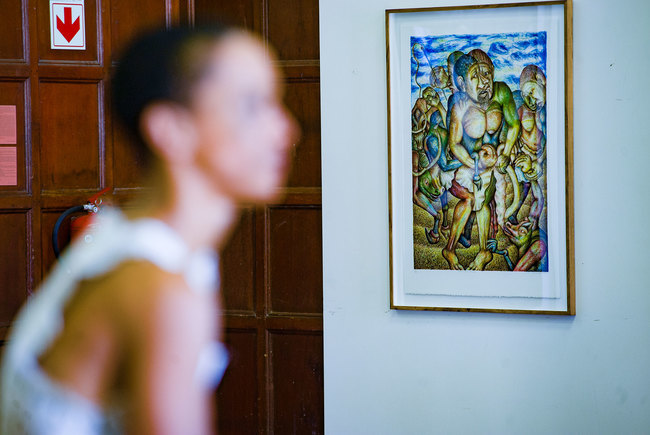 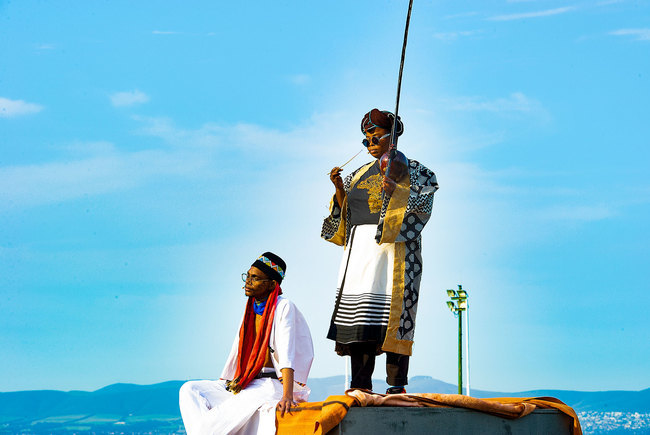 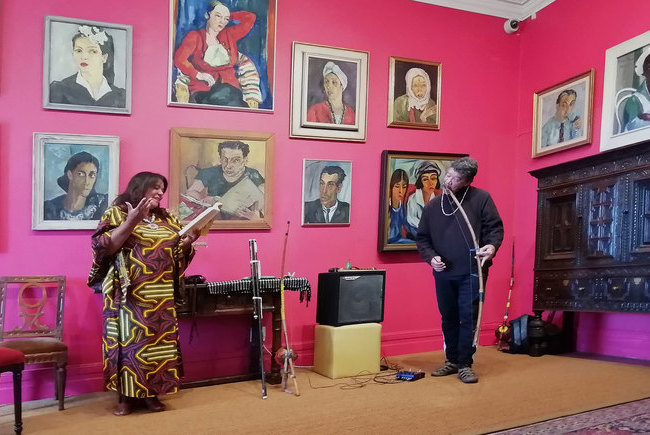 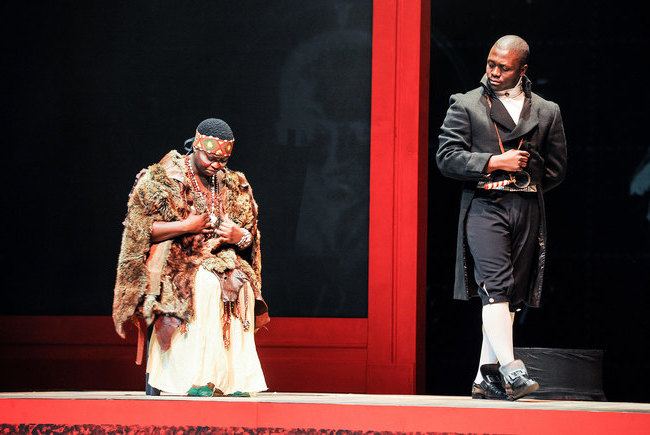 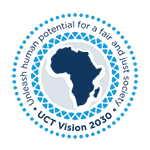