US$2.4 trillion in climate finance needed for developing world by 2030

An eye-watering US$2.4 trillion in external climate finance must be mobilised annually and transferred to the developing world by 2030. This is according to a COP27 report, the high-level expert group and co-authors which include the University of Cape Town’s (UCT) Associate Professor Richard Calland (Department of Public Law). Where will the money come from? Who will benefit? Are world leaders committed to the urgency of climate action? UCT News put these questions to Associate Professor Calland as COP27 got under way in Egypt.

Helen Swingler (HS): The report is titled “Finance for Climate Action: Scaling up investment for climate and development”. It was jointly commissioned by the governments of Egypt and the United Kingdom. What does it set out to do?

Richard Calland (RC): The report sets out to make an impact at COP27 by providing a compelling research- and data-based argument for increased and accelerated climate finance in support of the urgent transformation in economies across the globe but especially in developing countries so that the goals set by the Paris Agreement and the Glasgow Pact can be achieved. It has succeeded in getting strong media coverage, and because of the credibility and standing of the members of the group and especially co-chair, Lord Nicholas Stern, I have no doubt that it will help concentrate the minds of the negotiating parties at COP27 and influence the outcomes related to climate finance.

HS: What was your role in and the scope of your contribution to the report?

RC: The expert group’s size means that it covers a diverse range of countries and regions, with a strong and appropriate emphasis on emerging markets and developing countries. Given the just energy transition that South Africa has embarked on, and the political declaration that was signed at COP26 in Glasgow a year ago, in which major developed countries pledged a package of $8.5 billion in support, the co-chairs were keen to have a South African voice in the group. Like the others, I attended several discussions and commented on various drafts of the report.

HS: How were the members of the expert group selected?

RC: The members of the expert group were selected by the co-chairs and the executive secretary to the group, Amar Bhattacharya, with whom I have worked closely in the past, not least when he and I co-chaired another expert group on climate finance appointed by the UN Secretary-General in 2019.

“The report makes a strong and credible case for why, and how, a huge investment in public and private finance should be directed towards developing countries.”

HS: More than US$2 trillion in external finance annually must be mobilised and transferred to developing countries by 2030. Where is this money likely to come from?

RC: The report makes a strong and credible case for why, and how, a huge investment in public and private finance should be directed towards developing countries, with a strong emphasis on concessional public climate finance to catalyse the billions to trillions step change through private finance.

“The report puts a precise number on the table.”

HS: Why is this report significant?

RC: The report puts a precise number on the table: emerging markets and developing countries other than China will need to spend around US$1 trillion per year by 2025 (4.1% of GDP compared with 2.2% in 2019) and around US$2.4 trillion per year by 2030 (6.5% of GDP). This figure is very different from the US$100 billion per year by 2020 that was promised by developed countries at the Copenhagen COP in 2009 based on a ‘thumb suck’. Our numbers in this report are based on an analysis of the investment and actions necessary and the domestic finance potentially available, for an internationally agreed and vital purpose. The US$1 trillion is not the new US$100 billion. The latter was negotiated, not deduced from analyses of what is necessary for a purpose.

HS: Why is it significant for Africa?

RC: Africa will require the lion’s share of this investment. The report lays out what it sees as the ‘big bets’ for transformation, in terms of both mitigation and adaptation:

These three issues are of critical importance to Africa at this key phase in its economic development.

HS: How does it balance the needs of the developing world and the accountability of the developed world in terms of climate change and mitigation efforts?

Developed countries need to step up to their collective responsibilities, which are enshrined in the international law principle of common but differentiated responsibility. But a key set of recommendations concerns the role of multilateral development banks (MDBs), which are being put under enormous pressure now to rethink their approach to climate investment and to unlock large volumes of concessional finance. In turn, developing countries must play their part by designing credible investment plans – such as the one South Africa has just announced in relation to its just energy transition – to help make and strengthen the investment case for both public and private climate financiers. This is core to the ‘grand bargain’ that underpins the whole United Nations Framework Convention on Climate Change COP negotiations – that everyone, everywhere, is imperilled and must act, but that developed countries, which caused the problem through their fossil-fuel-based industrial development, must foot the main bill for developing countries to develop differently.

“Developed countries and the MDBs must get serious, and fast.”

HS: When and how will the report be presented?

RC: The report was published on Tuesday, 8 November, Day 2 of COP27, and will be presented and debated at various events and sessions in Egypt over the coming week.

HS: What is the gist of ‘the way forward’?

RC: Developed countries and the MDBs must get serious, and fast; they need to not only recognise their responsibilities but also their common interest in helping to get the global economy onto a fundamentally different economic development pathway by 2030 by investing in mitigation and adaptation action in the Global South.

HS: How hopeful are you that the world’s leaders will take heed of the report and implement recommendations, given the urgency? Do we have the leaders to do what must be done in the face of wars, growing fascism, the re-emergence of old communist blocs, disarray in the post-Brexit United Kingdom, and other political upheaval?

RC: The geopolitical context is very far from helpful; without all the right parties around the table, COP27 will struggle to secure the necessary level of collective action. But I remain optimistic that despite the ‘wicked problem’ presented by climate change and thereby to the United Nations in terms of trying to forge consensus between countries and regions, progress can be made, as it was in Paris and Glasgow. I am hopeful that because the science is now so clear, and the peril is now so tangible, political leaders will find a way to make more ambitious commitments. The role of the academy, as well as activists and non-state actors, is essential if pressure on governments and multilateral institutions is to be maintained to galvanise real action. 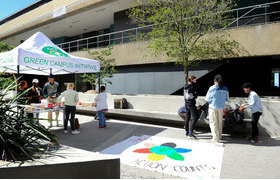 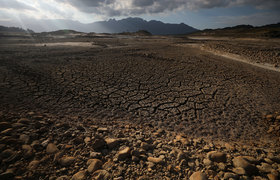 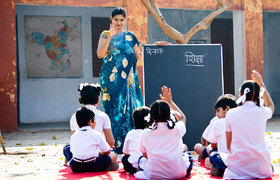 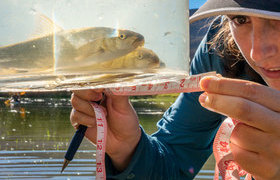