Wrapping up the four-part series themed “Using the science of the future to shape your present” on Sunday, 31 July, University of Cape Town (UCT) Vice-Chancellor Professor Mamokgethi Phakeng moderated a two-expert discussion on science and diplomacy with Daan du Toit and  Professor Tolullah Oni.

The virtual sessions were hosted in collaboration with the Switzerland-based ‘think and do tank’ Geneva Science and Diplomacy Anticipator (GESDA) to deepen the efforts of engendering critical and thought-provoking conversations to help drive UCT’s vision of producing future leaders who are adept at tackling social injustice.

“We don’t want to get into the future without the voices of the African youth being included. It is critical to include the voices of Africa – and Africa’s youth in particular – in shaping the science of the future. Only by bringing diverse voices and ideas to the discussion, [can we] ensure that we get the best thinking for every part of our society and corner of the world. If we don’t bring the diverse voices, we only hear one side; only one voice. And that’s not enough to make sure that we hear everyone and the future caters for all. We need the fresh perspectives of African youth in these dialogues and debates,” Professor Phakeng said.

“African universities play a critical role in training and upskilling future leaders to be bilingual on both sides and diplomacy for addressing global challenges.”

“It is a matter of intergenerational justice because they will inherit the future. So, they must be involved in shaping how science should be used to affect it.”

She added: “These critical thought-provoking conversations [are] part of UCT’s vision to ensure that we are a future-oriented university that creates leaders who tackle social injustices. African universities play a critical role in training and upskilling future leaders to be bilingual on both sides and diplomacy for addressing global challenges.”

Phakeng said science and diplomacy did not often go together. “But as more of our cross-borders challenges have had scientific dimensions, we have seen an urgent need to bridge the gap between the scientific and diplomatic communities to address shared issues. There’s three dimensions [of the interdisciplinary concept]: science for diplomacy, science in diplomacy, and diplomacy for science.”

She was joined by two experts in the field: Daan du Toit and Professor Tolullah Oni, to unpack the intersection of science and diplomacy. Both underscored the importance of a multilateral approach by the world governments, the science community and all sectors.

Du Toit, who is the deputy director-general of International Cooperation and Resources at the national Department of Science, Technology and Innovation, said: “We are currently in the midst of finalising a new 10-year plan at the Department of Science, Technology and Innovation in South Africa. Now, right from the onset when our department was created in the early years of our democracy, we lived by the motto that ‘science knows no borders’. And we knew that throughout the ages, science always progresses if one works together across borders; if there’s a sharing of experiences, sharing of expertise, joint investments … in the first instance to ensure that South Africa is connected to both sides so we can benefit from collaboration. I think UCT with its extensive network of global partnerships is an excellent example. We know that, for example, if we are going to successfully implement our vision of Africa Continental Free Trade Area that those efforts would have to … be guided by science.”

Drawing from her own experience of a multi-disciplinary background, which she referred to as “an accidental journey”, Professor Oni, a public health physician and an urban epidemiologist, said: “We have to think about the role of scientists and the role of scientific institutions to really ask these questions and think about whether our systems are fit for purpose and challenge ourselves.”

Echoing Du Toit’s input and drawing from her HIV and TB work in Khayelitsha, Oni said: “I noticed that there [were] some issues that were beyond the boundaries of the silos that I worked in.”

Du Toit said it was heartening to see strides made in governments using science optimally to address current challenges. “The recently established initiative, which we call the science, diplomacy, capital for Africa, is in the first instance based on a principle which has been very important for us in South African science throughout our democracy, and that is that we seek to exploit what we call our comparative geographic advantages … no country can invest in every area, so you have to invest in areas where you have a comparative advantage.”

He added: “One thing we have as well is that we have Africa’s largest diplomatic community; there is no other African country where there are more different embassies, consuls general represented. South Africa also hosts the regional headquarters of various global, continental and regional bodies. And, of course, we also play host to many of our continent’s leading research universities [and] scientific institutions, such as [the] Council for Scientific and Industrial Research.”

By the end of the session, it was agreed upon that whether it is academia, public health or world governments going about their work, science diplomacy needs the collective of the youth – the African youth in particular – to be an “inclusive enterprise”. 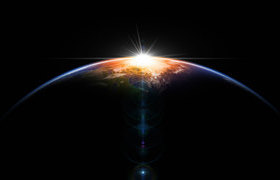 News
Can asteroids and geoengineering the stratosphere save the planet? 28 Jul 2022 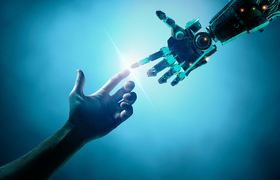 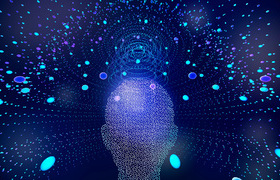