It is with profound sadness that we inform you of the passing of our colleague, Mr John Wagner (56), on Monday, 11 July 2022 due to cancer.

Mr Wagner joined the University of Cape Town in December 2007 and worked as a bus driver in the Student & Staff Transport Services department.

Colleagues have described him as a person who was down-to-earth, funny and outspoken. He will be sorely missed by those who worked with him over the many years he served this institution with dedication.

Mr Wagner is survived by his wife, Beulah; and children, Beuran, Lindsay, Herchelle and Noah.

A memorial service was held on campus on 20 July. The funeral was held on 23 July in Belhar, Cape Town.

The university has reached out to offer support to the Wagner family, and our most heartfelt condolences go out to them and all who knew our late colleague. 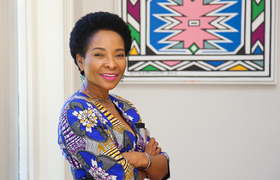