The identification of critical windows for brain development has revealed an opportunity to use non-invasive and novel approaches such as neuroimaging to explore the neurobiological impact of important risk factors for neurodevelopment. University of Cape Town (UCT) PhD candidate Jessica Ringshaw is investigating the impact of maternal anaemia and iron deficiency during pregnancy on the child brain through her recently awarded Wellcome Trust International Training Fellowship.

As a fellowship awardee, Ringshaw will be registering for her PhD and working as a research fellow at UCT’s Faculty of Health Sciences’ (FHS) Department of Paediatrics and Child Health, in a research group connecting medical, para-medical and sociological personnel concerned with child health. This will be completed in co-affiliation with UCT’s Neuroscience Institute (NI), a world-class facility and the first of its kind in Africa.

As part of her fellowship, Ringshaw will also be completing a training apprenticeship at the combined Wellcome Trust and National Health Service-funded Centre for Neuroimaging Sciences, based at Kings College London (KCL). This centre of excellence will give her access to an interdisciplinary research environment led by pioneers in applied neuroimaging.

“It is an incredible honour to be awarded this prestigious fellowship and to be offered such a life-changing opportunity for training, career development, community engagement, and research. With this award, I look forward to doing important and meaningful work with the potential for global impact and recognition while contributing towards capacity building and skills development in South Africa,” said Ringshaw.

Anaemia is indicated by a low concentration of serum haemoglobin, an iron-rich protein found in red blood cells that plays a critical role in the delivery of oxygen to the body.

“Anaemia is a prevalent global health concern affecting approximately 273 million people worldwide. This is largely due to chronic iron deficiency, the most common nutritional deficiency and the most prevalent underlying cause of anaemia, accounting for approximately 50% of cases,” said Ringshaw.

“Antenatal maternal anaemia … is particularly prevalent in [low- and middle-income countries] where approximately 42% of women are estimated to be anaemic and 60% to be iron deficient.”

During pregnancy, the risk of iron-deficiency anaemia (IDA) in mothers is particularly high due to the mother’s expanding blood volume to support the haemoglobin-facilitated delivery of oxygen to the foetus, the increased placental and foetal metabolic demand for iron during gestation, and foetal iron loading for postnatal life. This risk is exacerbated in mothers who are iron deficient before pregnancy. Given the high oxygen consumption needs of the foetal brain, it is particularly vulnerable to IDA during this critical window of development.

“Although antenatal maternal anaemia is a global health priority, it is particularly prevalent in LMICs [low- and middle-income countries] where approximately 42% of women are estimated to be anaemic and 60% to be iron deficient. This is due to multiple risk factors, including food insecurity, malnutrition, and infectious disease,” said Ringshaw.

South Africa is no exception with many children in this context not reaching their developmental potential due to the high prevalence of these overlapping risk factors.

Ringshaw holds unique insight into this work and has gained a specialised skill set in paediatric neuroimaging and neurodevelopment as a qualified neuropsychologist and in her role as neuroimaging research coordinator on two large South African birth cohort studies: The Drakenstein Child Health Study (DCHS) and the DoLPHIN-2 Plus Study (D2-Plus).

Ringshaw’s involvement in the DCHS and D2-Plus studies inspired the formulation of her PhD thesis, securing her a Wellcome Trust Fellowship and providing her with the opportunity to embed her research within these two well-established cohorts.

“The prevalence of antenatal maternal anaemia is particularly high in South Africa.”

She is working within close-knit, interdisciplinary research teams headed by Professor Kirsty Donald, who leads the neuroimaging arm of both cohorts, as well as FHS Professors Dan Stein and Landon Myer, lead investigators of DCHS and D2-Plus, respectively. She also has international input from Professor Steve Williams (KCL), principal investigator of the UNITY consortium, which is exploring ultra-low-field neuroimaging in the young across multiple sites.

Ringshaw explained that: “Women and children in LMICs bear the greatest burden with the recognition of IDA as the leading cause of years lost to disability, and the emergence of antenatal maternal anaemia as a significant driver of poor developmental outcomes in South African children.”

The prevalence of antenatal maternal anaemia is particularly high in South Africa with recent findings from the DCHS indicating that 31% of children in this high-risk community were born to anaemic mothers. This preliminary work co-authored by Ringshaw and colleagues also suggests that long-term, persistent consequences of anaemia on child brain structure may be strongly driven by antenatal maternal anaemia during pregnancy.

In South Africa and many other LMICs, researchers are faced with the ongoing challenge of addressing various intertwined health priorities in a resource-limited setting. This has been worsened further by the COVID-19 pandemic, which has introduced additional challenges with less funding being available for other health priorities despite the negative impact of the pandemic on socio-economic status and psychosocial risk.

Ringshaw’s Wellcome Trust fellowship has provided her with a unique opportunity to conduct globally relevant and impactful research which is needed in the LMIC context. She reports that her educational and professional background has contributed to her academic investment in understanding factors impacting brain health in children from high-risk South African communities, her keen interest in neuroimaging and nutrition research, and her passion to contribute to meaningful research. As a research fellow, she will also receive advanced and specialised training with a particular focus on neuroimaging and neurodevelopment.

“Given the scarcity of paediatric neuroimaging expertise in LMICs, my goal is to become equipped with a unique repertoire of competencies that I can contribute towards a local and global effort to meaningfully address important health priorities such as nutrition, anaemia, and child brain health and development,” said Ringshaw.

Although maternal anaemia during pregnancy has consistently been associated with adverse birth outcomes and poor child development, little is known about how it affects child brain structure and connectivity due to limited research using brain imaging techniques such as magnetic resonance imaging (MRI). This clinical question drives Ringshaw’s work, which aims to investigate the impact of antenatal maternal anaemia on brain structure and neurodevelopment in very young children from the two South African birth cohorts.

With growing recognition of foetal origins of brain health, there is increasing focus on optimising maternal well-being during pregnancy. However, further research is needed to explore the impact of antenatal maternal anaemia relative to postnatal child anaemia, and the role of iron deficiency on brain development in early life.

“The Hyperfine mobile scanner will be included as an outcome measure in ongoing and planned intervention trials for anaemia in LMICs.”

The purpose of Ringshaw’s work is to gain insight into the neurobiological pathways of maternal anaemia and iron deficiency as drivers of poor child development, focusing on the antenatal period as a critical window for child brain development. This has the potential to inform strategies for the management of iron deficiency and anaemia before and during pregnancy, and the timing of simple and accessible intervention strategies for improved child outcomes. Both a traditional, high-field MRI system (3T) and a newly introduced Hyperfine low-field (64mT) MRI system will be used to answer this clinical question and to investigate the study aims. These include identifying structural brain regions and networks in the developing child brain that are robustly associated with antenatal maternal anaemia and iron deficiency during pregnancy.

Ringshaw explained, “Given that traditional, high-field MRI technology is largely inaccessible in LMICs,the inclusion of this accessible Hyperfine low-field system in my research has practical implications, informing the feasibility of expanded neuroimaging research on anaemia and other health priorities in this context.

“Should this research be successful, the Hyperfine mobile scanner will be included as an outcome measure in ongoing and planned intervention trials for anaemia in LMICs. As a result, this research has the potential to be of considerable impact for South Africa and other LMIC communities around the world.”

Registering her PhD through the NI means Ringshaw will have access to an interdisciplinary team of researchers and clinicians, a network of collaborative projects, and state-of-the-art equipment and technology. This includes the Cape Universities Body Imaging Centre (CUBIC), a leading medical imaging facility in Africa, which houses the advanced neuroimaging equipment she’ll need for her project.

Over the next three years, Ringshaw will be travelling to the United Kingdom yearly to complete the training aspect of her career development and to participate in collaborative work with experts in the neuroimaging field. She will also be attending international conferences – with the first one scheduled for 2022.

“I am fortunate to have the opportunity to receive world-class training and supervision in neuroimaging, neurodevelopment, psychosocial risk and resilience, and advanced statistical analysis from two institutions, each boasting world-renowned academics, resources, and technology.” 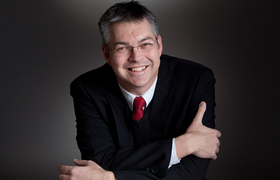 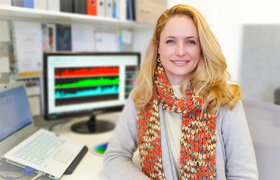