A discussion that explored the “idolatry of theory: a defence of storytelling”, took centre stage during the second University of Cape Town (UCT) Vice-Chancellor’s (VC) Open Lecture for the year on Wednesday, 28 July.

The keynote speaker was internationally acclaimed author and renowned feminist Chimamanda Ngozi Adichie. She presented her lecture to a virtual audience, with roughly 5 000 guests in attendance. The lecture series is hosted by UCT VC Professor Mamokgethi Phakeng.

During the lecture Adichie argued why, in her view, theory is considered a kind of idolatry. She explained how during a conversation on sexism several a years ago, a woman shared a theory based on her own lived experience. The woman said: “Sometimes, some women are their own worst enemies.” But instead of engaging her on the topic and discussing it in detail, Adichie said the rest of the group simply silenced her.

“Theory gives us a framework to think about the world. But we should not give it primacy because when we do, we start to walk backwards.”

Adichie noted that while theory is important, especially when it relates to discussions and debates on global challenges like gender inequality and sexual and gender-based violence, society is afraid to run foul of theory.

“I suspected even then that we silenced her [the woman] because her experience and her conclusion complicated our accepted theory. Theory gives us a framework to think about the world. But we should not give it primacy because when we do, we start to walk backwards,” Adichie said.

“We go from theory to life; we start with theory and we try to make life fit our theory. We try to make the messy complicatedness of life fit into the neat and tidy confines of theory, and when life doesn’t fit perfectly, we silence those bits that stick out. We pretend they’re not there [and] we look away. Because we must preserve the sanctity of theory.”

‘A kind of idolatry’

She told the audience that society often gives theory an exaggerated and critical reference, and this is the reason why she considers theory as a “kind of idolatry”.

“If we allow ourselves to be guided too closely by theory, we will end up being blinded by it. My response to the tyranny of theory is to go to the story; go to the human story,” she said.

“It is storytelling that enables us to deal with the world in all of its glorious and complicated messiness, because life is messy.”

But what’s the point? What does it matter if society chooses to focus on theory or on storytelling, Adichie asked the audience. The point, she said, is to change the world (using storytelling) and to achieve maximum joy by creating opportunities to thrive.

“With maximum joy, we must deal with the world as it is, rather than the way we want [it to be]. That’s the only way to make real change. And it is storytelling that enables us to deal with the world in all of its glorious and complicated messiness, because life is messy,” she said.

The power of storytelling

As a fiction writer and a storyteller, Adichie described literature as her one true love, her religion and the one thing that shapes the lenses with which she looks at the world. Therefore, she said, she “believes deeply” in the power of storytelling, because it enables real human empathy and human connection.

That’s not all: Storytelling also creates, enables and fosters truth and beauty.

“Storytelling reminds us that we are not a collection of logical bones and flesh, and because we are emotional beings, dignity and love matter as much as bread and water,” she said.

Adichie said she first visited South Africa 10 years after the fall of apartheid, and back then, she said, she felt like “the past was not yet the past” for South Africans. Yet, South Africans displayed a “conservative and collective resolve to turn away from this truth”.

She said everyone spoke to her about the “Rainbow Nation”. But she did not entirely trust this optimism, “as well choreographed as it was. It felt to me a little too easy.”

“An inflexible adherence to theory can make us tell incomplete stories.”

She said she began to wonder about the story the country was telling itself. After all, she added, storytelling is an integral part of how society recreates and remembers history. But it’s also considered an antidote to forgetting.

“On that visit, I wondered: If the theory is that of a Rainbow Nation, what happens to the stories that do not fit the theory? An inflexible adherence to theory can make us tell incomplete stories. It can [also] limit the options that we are willing to consider for real‑life solutions,” she said.

But not a single story has been weaved together perfectly. Stories, regardless of the subject, are always imperfect.

She said many global injustices like slavery, colonialism and the Holocaust have their roots in the dehumanisation of different groups, and sadly, all of them are imperfect stories.

“It’s impossible to have a true story that has no texture. So, in other words, it’s our imperfection that makes truth possible.”

“It’s impossible to have a true story that is flat and has no texture. So, in other words, it’s our imperfection that makes truth possible.” 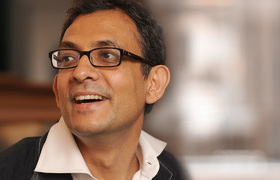 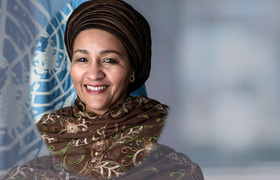 Lectures and speeches
Decade of action for the Sustainable Development Goals (SDGs): So what? 14 Oct 2020 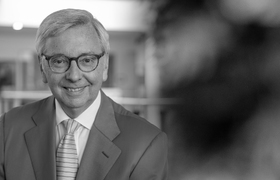 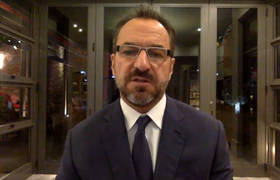