“The COVID-19 pandemic has exposed how fractured South Africa’s democracy is, and just how unequal we are as a society. The biggest ticking timebomb we have in this country is inequality,” said Busi Mavuso, the chief executive officer of Business Leadership South Africa.

Mavuso was one of several panellists to share their sentiments on rising inequality in South Africa. She spoke during a webinar organised by the University of Cape Town’s (UCT) African Centre of Excellence for Inequality Research (ACEIR), in partnership with the Embassy of France in South Africa.

The discussion, titled ‘Historical inequalities and economic transformation in South Africa’, took place as the continent celebrates Africa Month. The virtual event formed part of a series of debates commissioned by the President of France, Emmanuel Macron, ahead of the Africa–France Summit in October. The debates have been arranged to identify the key challenges the continent faces, and to address them head-on at the summit. The summit will shift focus from heads of state and government and add the voices of civil society, entrepreneurs and the youth.

South Africa has the highest Gini coefficient (a gauge of economic inequality) in the world, making it the most unequal society – and the COVID-19 pandemic has deepened this crisis.

“If this pandemic doesn’t make us, as leaders, think carefully about how we are going to deal sustainably with our structural economic flaws, then I don’t know what will.”

“If this pandemic doesn’t make us, as leaders, think carefully about how we are going to deal sustainably with our structural economic flaws, then I don’t know what will,” Mavuso said.

In his keynote address, Professor Vimal Ranchhod, deputy director of the Southern Africa Labour and Development Research Unit (SALDRU) at UCT said that inequality in South Africa can be directly attributed to the high levels of unemployment. This, he said, leads to income inequality, and black and women South Africans are adversely affected.

Having analysed data from the past 25 years – since the advent of democracy – Professor Ranchhod said it’s clear that South Africa has long been a “highly unequal society”. Yet, he continued, policies indicate that inequality was recognised as an important challenge for redress “long ago”. Several policies aimed at addressing inequality were introduced. But despite this mixture of policy rhetoric, and the fact that some policies were implemented eventually, inequality still remains “extremely persistent” today.

“Short of massively disruptive social change, in the form of revolutions, what we need is a policy system which thinks systematically and substantially.”

Ranchhod also discussed and explained the inequality trap in education and provided the audience with a hypothetical example demonstrating how it operates, highlighting the wide gap between rich and poor. In this context, he said, unequal access to schools means that some children won’t have the opportunity to acquire the same skills or education levels as others. As a result, only a fraction of young adults will enter the labour force with the same high levels of secondary and tertiary education.

“This is how the inequality trap manifests,” he said.

“Short of massively disruptive social change, in the form of revolutions, what we need is a policy system which thinks systematically and substantially. It can’t be small, marginal changes … [in order to] reduce inequality.”

Mavuso said that South Africa finds itself in an environment where too many people are living in abject poverty; and sadly, they have nothing to lose. But the country and its people need the opposite in order to thrive.

“We are sitting in an environment of two economies and one nation, and it’s unsustainable.”

“If people have something to lose then they think before they act, and they somehow become motivated. We are sitting in an environment of two economies and one nation, and it’s unsustainable,” she said.

According to Mavuso, countries that will bounce back quickly following the COVID-19 pandemic are countries with “diamond structures”. This she explained refers to countries with an 80% middle-class population. But South Africa’s pyramid structure is poles apart from that. Only 10% of South Africans live in “opulence”, while 35% are ranked as middle class, and more than 50% live in abject poverty. Mavuso stressed that no nation in the world can achieve inclusive economic growth if it excludes the majority of its citizens and only includes the minority.

Does corporate South Africa have a role to play in the process? Absolutely.

“If you agree that businesses [are] the only social partner with disproportionate resources, we have an obligation to do more to address … socio-economic transformation in this country,” she said.

She said government policies such as Broad-Based Black Economic Empowerment (BBBEE), introduced to try and intervene in the inequality crisis, are unrealistic without proper monitoring and evaluation processes and strategies.

“BBBEE has now been made a blunt instrument because of the lack of monitoring and evaluation. By monitoring BBBEE, government has to drag corporate South Africa, kicking and screaming, to ensure that they implement effective BBBEE interventions and policies. [Without] them we have seen how we have regressed as an economy,” she said.

“We need to think more about what the sacrifice is that the affluent need to make in order to overcome this problem,” he said.

Segregation too remains a fundamental problem in South Africa. He said that segregation in the education system, which exposes the large disparities between private and public schools, must be addressed. If we do not do so, it will be difficult to overcome the problem of inequality.

“Inequality is reproduced by the segregation that exists in social systems.”

“Inequality is reproduced by the segregation that exists in social systems.”

Without actively working to change the structures of society; without transforming institutions, progress will be stunted, Sachs said.

“We may not actually solve the problem,” he pointed out. “We may entrench the current situation.”

Other speakers to add their voices at this event included Shaeera Kalla, a researcher at the University of Johannesburg, and Tashmia Ismail-Saville, CEO of the Youth Employment Service. 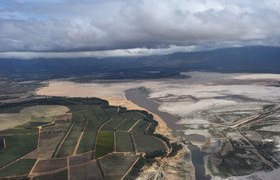 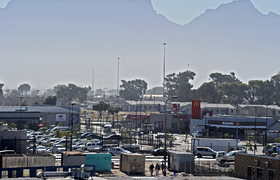 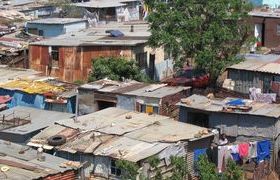