The University of Cape Town’s (UCT) African Centre for Cities (ACC) launched a new podcast series on 4 May 2021, in collaboration with the Max Planck Institute for the Study of Religious and Ethnic Diversity in Göttingen, Germany.

The podcast, The City Show, is presented by ACC research associate and curator-at-large Tau Tavengwa, and a veteran of South African public radio, Dhashen Moodley. It features stories that explore the complexities of life and the impact of dynamic change in contemporary cities from a Global South perspective. The pilot episode focuses on the Bo Kaap in Cape Town, and features ACC director Professor Edgar Pieterse.

To date, collaborators Tavengwa and Moodley have not met in person, since they are based in the United Kingdom and South Africa respectively. Their collaboration was one of the opportunities presented by the upsurge in remote working during the COVID-19 pandemic.

Tavengwa is the founder and co-editor of Cityscapes Magazine, a print magazine focused on exploring and understanding cities in Africa, Latin America and South Asia, from the perspective of a broad array of actors including academics, policy makers, artists, photographers, architects and activists.

“We are really interested in tapping into this idea that there is a story to be told from a very different perspective about what’s happening in cities across Latin America, Africa and Asia,” said Tavengwa.

The podcast builds on the work of the magazine, which has been in existence for a decade, in order to reach more people. The City Show is also an element of a larger exploration as part of the Complexities Project, a multi-year investigation on the difficulty of achieving successful urban intervention in growing cities across the Global South, which will culminate in an exhibition in Berlin, a publication, and a series of public debates in 2022.

Zimbabwe-born Tavengwa was one of the first staff members to join the ACC when it was established in 2008 – a distinction in which he takes great pride. Trading Cape Town for London, he has taken up a fellowship at the London School of Economics, after calling the Cape home for almost 20 years.

“We want to make something that’s important, and that’s worth telling well.”

Moodley has worked on public radio in South Africa for 12 years as a news and current affairs host, senior producer and reporter. After a two-year stint at a private television news station as a senior sub-editor and part-time anchor, he left the newsroom in mid-2018 to focus on his passion project: making narrative non-fiction audio stories. He is involved in this collaboration through the Radio Workshop, a social enterprise formed by the Children’s Radio Foundation, with the aim of developing high-quality podcasts and high-quality audio content with creators from across Africa.

“We want to make something that’s important, and that’s worth telling well. People like me, who’ve worked on radio for years, like to talk about the ‘theatre of the mind’. It means that we want to create images in your mind with sound.”

The pilot episode of The City Show zooms in on the Bo Kaap in Cape Town, South Africa. The episode looks at an anti-gentrification drive that has united residents of the small, largely homogeneous Cape Malay / Muslim neighbourhood in the city centre. The episode also explores the contesting views that exist on what the neighbourhood’s struggle to retain its authenticity means.

“Cape Town has always been at the heart of all the work that I have done in the sector, partly because it’s where the ACC is based,” said Tavengwa.

“In many ways Cape Town is a very ordinary place. It is not exceptional; neither is Lagos or Rio. All of these places are dealing with the same kind of urban dynamics, but each in their own way.”

The series explores the massive urban transitions that are happening across Africa, Latin America and Asia. These transitions are reshaping how people live; and in profound ways, will define the future of humanity and the world.

“The local perspective and the personal stories matter to us.”

In conversations with residents, experts and others living in these cities, each episode of the new podcast tells how people living in places where most of the world’s population live are adapting. The second episode will focus on Mumbai.

“We’re not looking for new stories,” said Tavengwa. “Instead, we’re revisiting stories that we think are often reported with little nuance, and digging into them to see what we can find beneath the headlines, and what we can learn from it.

“We hope each episode can provide a different way of understanding the places we will visit, through the stories of people intimately connected with these places. The local perspective and the personal stories matter to us. That is what Dhashen and I are interested in presenting – not everything has to be at this big, massive scale.”

“The ‘special sauce’ behind our show is that we rely heavily on local knowledge.”

“The ‘special sauce’ behind our show is that we rely heavily on local knowledge to understand the cities where they [the respondents] live. It’s the city’s residents and experts who help us to see the city through their eyes,” Moodley said. “I’m constantly surprised by how similar our problems are – from Beirut to Lagos to Rio, I find similarities with my city and country.”

Season 1, consisting of six episodes, was launched on 4 May. Episodes will be released every fortnight, and will take listeners to Cape Town, Mumbai, Lagos, Rio de Janeiro, Beirut and Tijuana. Each episode introduces listeners to new individuals, and a story that provides unique perspectives on the impact and meaning of the multiple changes taking place all at once in their city or neighbourhood.

“The larger agenda of the ACC is to make these connections, and to find a very different way of engaging with these issues – in a manner that is productive, and can kick off a different kind of creativity in how we approach the challenges of urbanisation,” said Tavengwa. “It would not have been possible to do this without the intellectual basis that UCT presents.”

Subscribe or listen to The City Show on Apple Podcasts, Google Podcasts, Spotify and Stitcher. The pilot episode can be accessed at www.cityscapesmagazine.com/podcast. 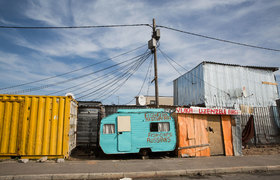 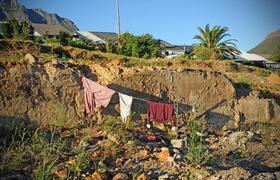