UCT as an example for embedding a ‘futures’ culture

Creating a safe space for “crazy ideas”, brave leadership and dedicating 20% of your time to thinking about the long-term are some of the essential actions and attributes of any organisation, big or small, wanting to help shape the future.

This was the advice of Abbas Jamie, an engineer and futurist, during a recent futurism webinar, hosted by the University of Cape Town (UCT) Summer School.

The webinar forms part of the series, Embracing Skills of the Future, and was titled “The world and South Africa beyond 2021 – the latest flags and scenarios”. It featured Jamie and Clem Sunter, an internationally acclaimed authority on management strategy, scenario planning and corporate social responsibility. Emeritus Professor George Ellis, who, among many other achievements, co-wrote The Large Scale Structure of Space–Time with Stephen Hawking, served as the moderator.

Drawing on principles from future studies, complexity science and design thinking, Jamie, who has been working with UCT on its Vision 2030 strategy, provided the framework for embedding a futures culture in organisations.

“What is important is that you can be part of creating a better future. That’s one of the first principles in future studies and scenario planning,” said Jamie.

Any organisation wanting to shape the future needs to be actively thinking about the future. For this, Jamie advises a 50:30:20 ratio, particularly for the companyʼs or institutionʼs senior leaders. Fifty percent of their time needs to be spent on the day-to-day operations, 30% on annual targets and 20% must be dedicated to the next five to 15 years.

“Now that might sound reasonable for an organisation wanting to be part of shaping the future, but do you realise that this equates to four days a month?

“Are you, as a senior leader, spending four days a month thinking about the long-term future?” he asked.

In addition to this, organisations must also adopt and embed futures thinking.

“And that doesn't happen overnight. It takes a while for that sort of culture to embed into spaces, specifically when you talk about large complex organisations like UCT.”

He used the example of the university to map out the journey of embedding a futures culture. At UCT, this commitment was made with the launch of the Futures Think Tank in September 2018 by Vice-Chancellor Professor Mamokgethi Phakeng. One of the major tasks outlined for the Think Tank was to figure out how to respond to the Fourth Industrial Revolution.

Jamie noted that almost immediately they decided to reframe the question and instead focus on how UCT, with its brand and heritage, could become a disruptor and shape the future.

This, he said, was a “significant change in mindset” and moved UCT from needing to respond to rapid changes to being bold and deciding it would play its part in shaping the future. This led to UCT’s massive transformative purpose (MTP), its “North Star”, which is “unleashing human potential to create a fair and just society”.

“This North Star is bigger than UCT and it is this future world that UCT wants to contribute to.”

Ensuring the envisioned future is bigger than the organisation is crucial, said Jamie. In the case of UCT, this is particularly important because of the fundamental role it plays in shaping South Africa, on the continent and in the world.

Realising its MTP requires UCT to enhance core skills in the institution with skills of the future, namely future studies, complexity and design thinking; to be innovative; and to embed creativity into its structures.

A brave leader, Jamie explained, provides direction and prepares the organisation for the unknown. A brave leader admits that while they do not have all the information and answers, they can share the future they want to shape.

“So itʼs not for the faint-hearted because youʼre putting yourself out there,” he said.

Courageous leadership also means resisting the comfort zone because, as is evident from the COVID-19 pandemic, even companies that are on track and meeting targets can face major disruptions. Therefore, brave leaders must embed a futures culture into the company or institution, drive it from the top, be its champion and create a safe space for crazy ideas.

“There are no bad crazy ideas when youʼre trying to shape the future; those ideas need to come to the table.

“What I like to say when I work with clients is: We want to create fertile ground for crazy ideas,” said Jamie.

“You need to create a safe space … where you can co-create and where people can unlock that four-year-old inside of them and where they know they can be part of shaping the future of the organisation.”

*The webinar can be viewed in full here. To attend the next two webinars in the series on 12 and 19 May 2021, and for further information, please email UCT Summer School. 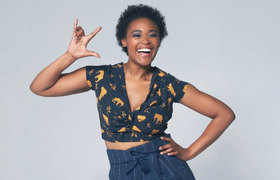 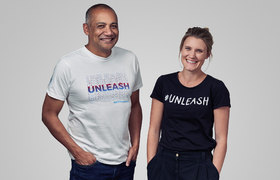 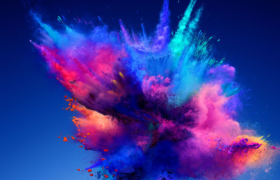