Campus communications University of Cape Town
From the Registrar

The University of Cape Town (UCT) whistle-blower hotline provides staff, students and third parties an opportunity to alert the University management about matters which may not have been picked up through regular internal controls. The hotline is managed by an external service provider, Whistle Blowers (Pty) Ltd, which offers “a multi-channel ethics hotline service to organisations of all sizes in both the public and private sectors”.

UCT does not engage directly with any complainant who calls the external hotline. This maintains the anonymity of the complainant and safeguards confidentiality. It is therefore required that complainants provide clear information, including necessary detail to enable a meaningful investigation. Reports via the hotline that lack detail often mean that an allegation cannot be investigated.

It is important to note that the University has dedicated channels for the review of complaints that relate to issues ordinarily dealt with by the Office for Inclusivity and Change (OIC) or UCT Human Resources (HR). For example, allegations of racism or complaints that relate to employment grievances are dealt with by the OIC and HR, respectively, because they have structures in place to deal with these types of concerns. Matters already raised with management through these channels should not be referred to the hotline, as this results in duplication of efforts.

During 2020, UCT’s whistleblowing hotline received a total of 22 unique reports, including allegations of unethical conduct and fraud. The following is a generic summary of some of the matters investigated through the hotline.

Complaint: Allegations were made that a member of the selection committee unduly influenced the outcome, and a friend was appointed as a result of this influence.

Complaint: A student was alleged to have used a fraudulent medical certificate after missing an examination.

Outcome: The investigation revealed that the medical certificate was valid and not fraudulent.

Complaint: A staff member was alleged to have published unsubstantiated information in a media report.

Complaint: A staff member was alleged to be conflicted in conducting business with the University.

Outcome: The matter was investigated and steps were taken to address the conflict of interest.

Complaint: Concerns were raised about the past dealings of a third party associated with UCT.

Outcome: The complaint did not explicitly include allegations of unethical conduct by a third party in dealings with UCT. Management could not investigate allegations that were not associated with the University. UCT has kept a record of this concern and will act in cases where it has jurisdiction and where there is evidence of wrongdoing linked to UCT activities.

More information about the operation of the hotline is available from Mr Shai Makgoba, the director of risk compliance and relationship management at UCT. He can arrange for a presentation on the hotline to departments and faculty groups. 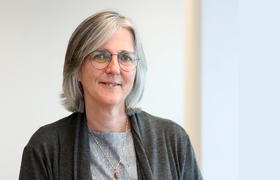