Research conducted by a team of academics at the University of Cape Town (UCT) has revealed that patients who suffer from psychotic disorders, such as schizophrenia and bipolar mood disorder, are more likely to abuse alcohol and illegal substances.

The findings have been presented in a research paper titled “The prevalence and clinical correlates of substance use disorders in patients with psychotic disorders from an Upper-Middle-Income country”.

The lead author, Associate Professor Henk Temmingh from UCT’s Department of Psychiatry and Mental Health, said that the research set out to determine the factors associated with substance use in patients with psychotic disorders.

“This area of research is interesting. It reflects the real-world clinical realities practitioners face on a day-to-day basis.”

According to the World Health Organization, substance abuse refers to the harmful use of psychoactive substances, including alcohol and illicit drugs, which can lead to dependence syndrome – a cluster of behavioural, cognitive and psychological challenges that develop after repeated substance use. Typically, this includes a strong desire to use the drug, and difficulties controlling its use.

“This area of research is interesting. It reflects the real-world clinical realities practitioners face on a day-to-day basis, and could also begin to inform efficient treatment approaches,” Associate Professor Temmingh said.

Factors associated with substance use

The research study was conducted with consenting patients at Valkenberg Hospital, a large academic psychiatric hospital in Cape Town, which works in collaboration with UCT’s Department of Psychiatry and Mental Health.

Temmingh said that researchers found substance use to be highly prevalent in people with psychotic disorders. He said that roughly 55% of patients surveyed for this study reported abusing substances. Interestingly, he said, for the 248 participating patients the most common substance used was cannabis (34%), followed by alcohol (30%) and methamphetamines (27%).

These results are very similar – and in some cases, almost identical – to those of similar studies conducted in North America, Europe, the United Kingdom, Australia, the Middle East and North Africa.

Temmingh’s research also revealed a number of other links with substance-use disorders. This included high rates of arrest for non-violent crime, and a strong association between alcohol-use disorder and suicide.

This finding, he said, also lends support to the suggestion that alcohol may be considered a coping mechanism or a form of ‘self-medication’ for patients with post-traumatic stress symptoms. This has been reflected in past research conducted in South Africa.

“This underscores that trauma is prevalent and reaches clinical thresholds in patients with disorders such as schizophrenia and bipolar mood disorder.”

“This underscores that trauma is prevalent and reaches clinical thresholds in patients with disorders such as schizophrenia and bipolar mood disorder. This, in turn, could lead to dysfunctional coping styles, such as substance-use disorder,” he said.

Temmingh said that additional and ongoing research into the symptoms of depression, anxiety and post-traumatic stress, and their role in driving substance use and abuse in patients with psychotic mood disorders, requires urgent attention.

This process, he explained, would help clinicians to identify and treat these comorbidities – and ultimately, to prevent substance abuse in patients with psychotic mood disorders.

“In addition, we also need to look more deeply into certain mechanisms, such as how patients regulate their emotions. Investigating the relationship between personality style and ways of coping with trauma may inform how conditions, such as post-traumatic stress disorder and substance-use disorders, develop.

“This work is critical as we look to move forward.” 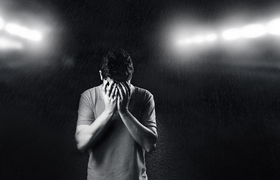 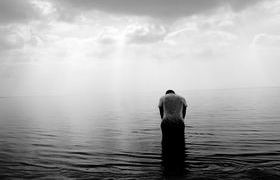 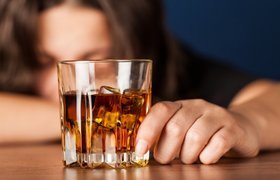