Enlarge the reach of science through all our languages

Human evolution in South Africa has a long hominin fossil history record dating back 3.6 million years, as well as a rich palaeontological record that includes the earliest dinosaurs. But only two of South Africa’s national languages are fully able to scientifically describe the richness of this history. But young black scientists are challenging this – and changing the colonial narrative.

These were among the topics discussed during a Heritage Month webinar on the language of science, hosted by the University of Cape Town’s (UCT) Human Evolution Research Institute (HERI) and Digging In on 21 September. It was moderated by UCT PhD candidate in archaeology Robyn Humphreys. Humphreys co-hosts Digging In, a new podcast on African palaeosciences and the black experience.

Humphreys’ panellists were Sibusiso Biyela, a digital science writer for ScienceLink; Nomawethu Hlazo, a UCT PhD candidate in archaeology who is studying the evolution of early hominin Paranthropus fossils; and Ryan Daniels, a genomics researcher at the University of the Western Cape, who studies the pre-colonial genetic history of Southern African people.

“South Africa has a rich cultural heritage with 11 official languages, second only to India, yet only two of these languages have the scientific vocabulary to make science communication easier and more efficient,” Humphreys said in her introduction. That marginalised nine other language groups and their understanding of their pre-colonial history.

During the continent’s colonial past, language – including scientific language – was used to control and subjugate and justify marginalisation and invasive research practices, said Humphreys. The impenetrable language of science also distanced scientists from the public, which made science communication difficult.

“We need to recognise that scientific language is not neutral.”

Her own difficulties with the colonial language of science emerged during her master’s project on hybrid mice, which made her reconsider studies of coloured people.

“Some of the research was very questionable and difficult,” Humphreys said. She came to question the word “hybrid”, especially when used to describe human subjects.

Hlazo, who is a HERI affiliate and an affiliate of the University of Copenhagen, studies an extinct hominin, the genus Paranthropus, looking at variability within and between groups of the genus.

While studying human evolution and collections of human remains, Hlazo said that she became aware that catalogues of human remains were recorded in cold, numerical ways that were far removed from the humanity of those being studied.

“These are not things – these are human remains. For me, it was a very negative experience.”

To make her research comprehensible for a public readership, Hlazo also opted to avoid heavy, jargon-filled terminology in her PhD thesis.

“We can’t live in a fossil-rich country and not communicate to the youth in all 11 languages what fossils are.”

“In my field, how you write is very exclusionary. It doesn’t involve the public. I’ve also tried to move away from being heavy handed in terms of the mathematical and statistical words that I have to use.”

To bridge this gap, Hlazo and Biyela collaborated on writing comics to communicate the science of fossils to children and youth in an accessible way.

“We can’t live in a fossil-rich country and not communicate to the youth in all 11 languages what fossils are, how geology works, about the Cradle of Humankind, and why it’s all important to us. We must put that message out there.”

Hlazo said that her experiences as a scientist were also linked to her reality as a black woman in this country when as a minority at conferences, seminars and workshops, it was difficult to speak out about the “old language that offends other people and is derogatory”.

That language had to be challenged, and she and her counterparts were determined to do so.

Biyela said he’d encountered language problems early in his science writing career. Although he’d grown up enjoying science media, when he got to chemistry and physics as an undergraduate, he was shocked at the language used in high-level scientific writing.

“It stopped sounding like humans talking to other humans. At first, I thought it was maybe a conventional thing; that for one scientist to understand another, there had to be a certain way of writing and talking about their work.”

These early experiences made him determined to talk about science in simpler ways and stretch its reach among the public, especially to those whose mother tongues are not English or Afrikaans. One answer was to translate science terms into his mother tongue, isiZulu. But he found that it wasn’t that there weren’t word-for-word translations – it was the concepts behind the science that were difficult to translate.

“It shows the complexity of what happens when you switch from one language to another.”

“Even something as simple as a fossil or DNA. In English and Afrikaans, everyone knows how to talk about them … but you can’t do that in the other South African languages. The trouble has been that a lot of scientific terms and phrases and ideas are not easy to express in isiZulu. And people can tell when something has been translated.”

“And English becomes this visitor that comes in unwelcome. And it just changes the whole mood. In my journey to try to talk and write about science in isiZulu, it’s been to reach people that it wouldn’t reach otherwise – not because they don’t understand English. It’s just better if it’s spoken of in isiZulu.”

Daniels said that he came to research with a very strong training in scientific terminology and didn’t question the words being used.

“But here’s a different power dynamic when it comes to scientifically discussing people.”

Daniels studies genetic data to understand the dynamics of genetic mixing between peoples of different language groups in Southern Africa. He used similar techniques for his PhD on the coloured community to identify the ancestry of the slave population that was brought to the continent.

“Because of the conditions they were living in at the Cape Colony, there was massive disenfranchisement. So, the narrative has always been, by and large, owned by European settlers, and the discussion about the Cape coloured community has always had heavy overtones of European dictatorship; Europeans narrating exactly how many people got here.”

Reading the literature, he noticed the connotations that certain words carried, especially publications from the 1980s.

“Miscegenation was one of them; a mixing between race groups and unlawfully, against religious norms, a sort of a taboo mixing. So just that one word indicates that the author had an idea that this was a violation of some form of law,” he said.

“I tore out any narrative that began with ‘the coloured population started in the 1600s’. ”

“And when I wrote about coloured identity, I tore out any narrative that began with ‘the coloured population started in the 1600s’. Communities were there before the 1600s and even the San and Khoi who were in the Cape Colony pre-1600 had admixture through other earlier events ... So that was the first thing I did in my writing – I got rid of this narrative.”

Representation in science is also vital, Daniels said; the science community benefitting from the inclusion of academics from all walks of life, faith, sexual orientation, and language and culture.

“If you have people who represent their background and their identity, they can speak on behalf of their community and their experiences in changing the narrative in the field. You need to have that diversity to include all kinds of other ideas that have perhaps been overlooked.”

“As scientists we need to have a more outward-facing persona as well … so that we don’t lose touch with exactly the communities that we’re working with,” he said. “It’s time to talk to them without unnecessary jargon … and the weird, sciencey language that we use.” 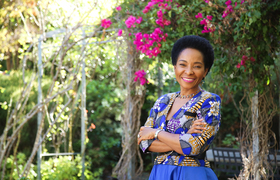 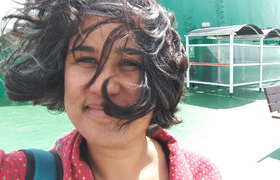 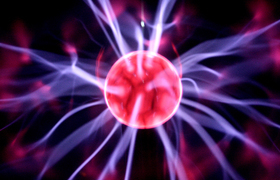