A recent report by the Mexican Council for Public Security and Criminal Justice ranked the Mother City as the eighth most violent city in the world. Guy Lamb, director of the Safety and Violence Initiative (SaVI) at the University of Cape Town (UCT), said access to illegal firearms plays a huge role.

The report annually surveys 50 of the world’s most dangerous cities, and last month’s results place Cape Town in the top ten. The city recorded 3 065 murders among its 4.5 million people – the highest number of deaths out of the 50 countries surveyed.

Lamb said the Mother City has long been gripped by a serious crime crisis, compounded by high levels of unemployment, alcohol abuse and access to illegal firearms.

“Cape Town is facing a violent crime crisis … It has taken place over the years and dates far back to apartheid and colonial times.”

“Sadly, Cape Town is facing a violent crime crisis and it has not emerged out of nowhere. It has taken place over the years and dates far back to apartheid and colonial times. All of it contributes to the current dynamics we are experiencing now,” he said.

According to Lamb, violent crime has increased rapidly in the city over the past 10 years. The city’s murder rate in particular has seen a sharp incline when compared to other large cities in the country.

Issues driving violent crime include access to illegal firearms and ammunition, which play a “huge role” in the escalating gang violence in communities on the Cape Flats. The crisis deepened dramatically from 2011, Lamb said, when convicted former senior police officer Chris Prinsloo and a number of his associates illegally supplied gangs with guns.

“Gangs were getting access to large consignments of illegal arms from Prinsloo. About 2 500 firearms were transferred directly to gangs, and this changed the gang dynamic in Cape Town.

Easy access to firearms meant some gangs tried to take over other gang territory; this also led to an increase in interpersonal violence between gang members.

“Everything just spiralled out of control, and this is the main reason the murder rate in Cape Town has doubled,” Lamb said.

Other drivers of violent crime

Access to illegal firearms is not the only driver of violent crime in the Mother City, however.

Lamb said a combination of alcohol and drug abuse and a history of domestic violence have also contributed significantly to the scourge.

“People are prone to … violence if they’ve been exposed to violence as children – especially over a prolonged period of time. That is what we’ve seen here,” he said.

“Often, communities riddled with crime are poor, very under-resourced and unemployment is rife. There’s also a kind of culture: one of hyper-violent masculinity where conflicts are resolved with violence that contributes to it all.”

It all starts with providing “smarter, more focused” visible policing. But deploying the South African National Defence Force (SANDF) to crime-ridden areas is not the answer.

As an alternative, using community-based organisations for interventions, which focus on why violence is prevalent at the family level and dealing with the root cause, is an effective recommended approach.

“Violence at a household and community level is common. Therefore, more emphasis needs to be placed on finding those families in communities who are vulnerable to violence in the home and working closely with them,” he said.

“We need more interventions in our communities. We need to work with those individuals prone to dropping out of schools to join gangs.”

Rolling out new violence prevention programmes and “fully supporting” those that exist plays an important part in the process.

“We need more interventions in our communities. We need to work with those individuals prone to dropping out of schools to join gangs.

“We need to do a lot more to support those most vulnerable, to change things in our city.” 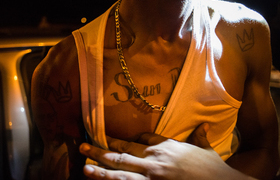 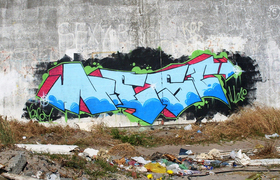 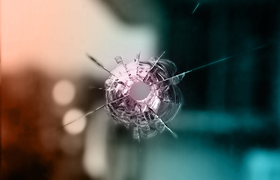