This is just one of several initiatives forming part of the Bongani Mayosi Legacy Project, a collaboration between the Faculty of Health Sciences, UCT Libraries and the Mayosi family. The initiatives were birthed from a conversation between Satgoor and Professor Nonhlanhla Khumalo, head of UCT’s Division of Dermatology in the Department of Medicine and Mayosi’s widow.

The renaming announcement took place on Tuesday, 28 January, during a two-part celebration of Mayosi’s life and legacy, titled “Lift as you rise”. It would have been Mayosi’s 53rd birthday and marked two years since his death.

“The aim of this legacy project is to acknowledge and celebrate the vision, the impact, humanity and influence of the late Professor Bongani Mayosi,” said Satgoor.

“It further aims to embed the principles of academic excellence, aspiration, connecting academia to clinical service, and collaboration in teaching, learning and research in the health sciences, as embodied and actively promoted by [him].”

The second initiative is the reimaging, repurposing and refurbishing of identified spaces in the newly renamed library; a process which is now at the fundraising stage. The identified spaces are the George Dall Link Bridge, the Frank Forman Reading Room, the undergraduate study room and the training room on level eight.

The comprehensive bibliography, a “labour of love” by UCT Libraries staff, is free to all online users. This is in line with the late professor’s support of open access and his mantra, “Make your research beyond yourself”. 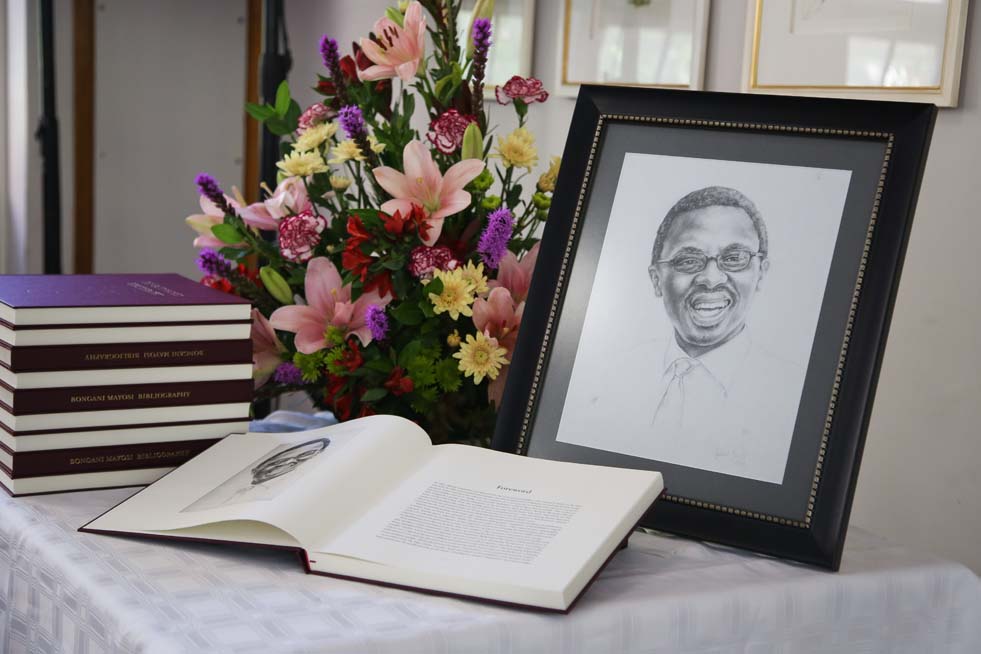 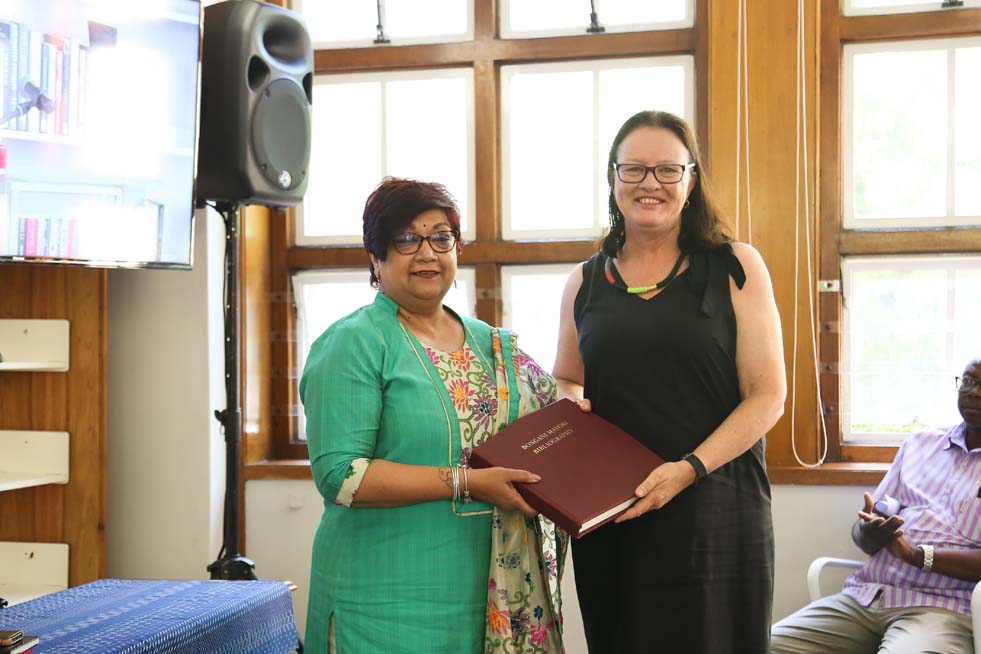 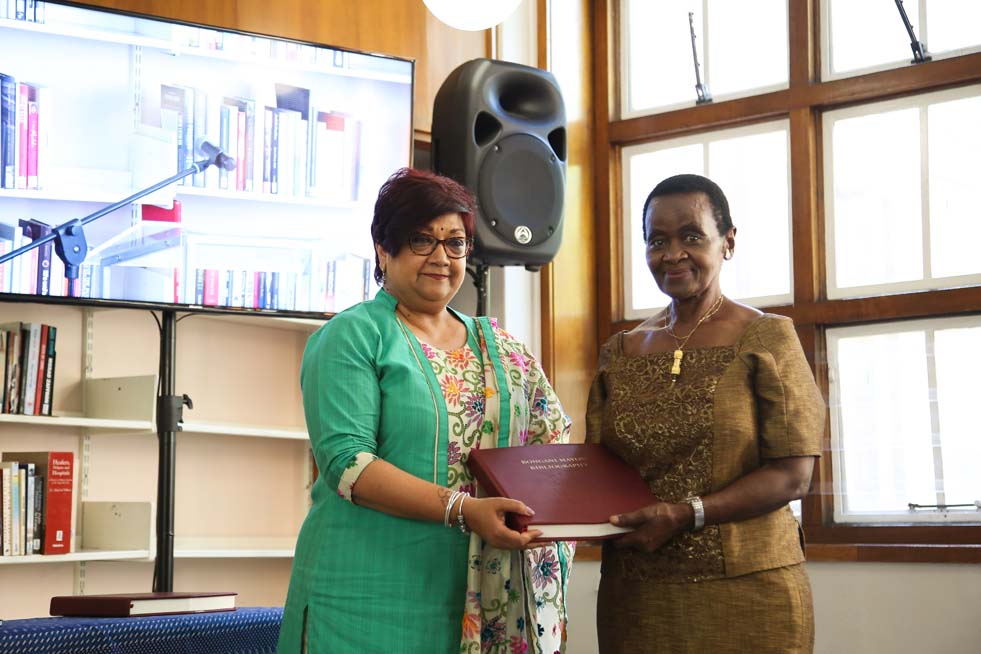 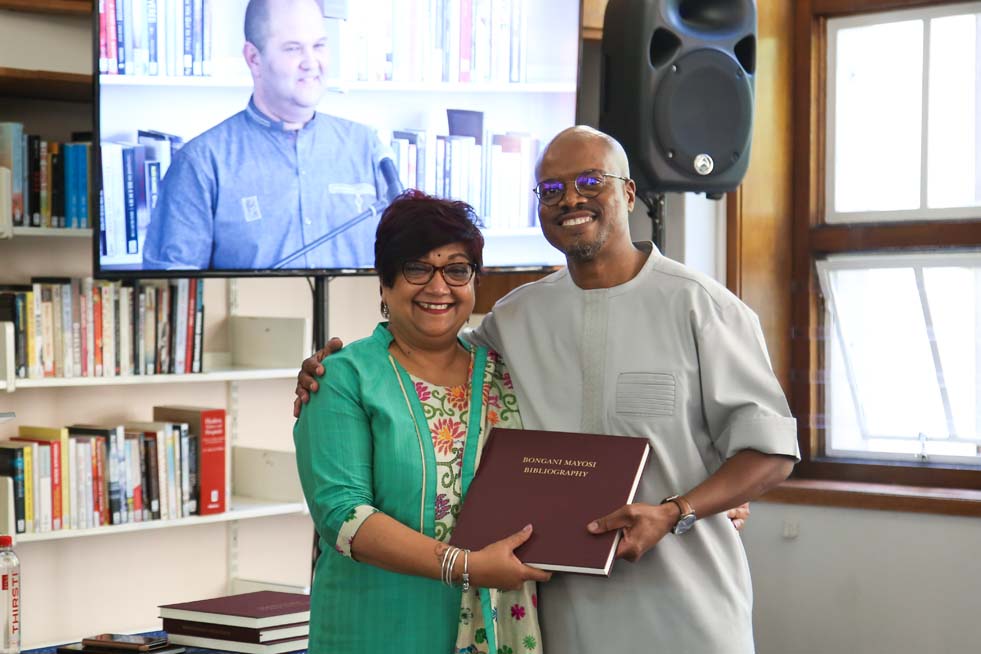 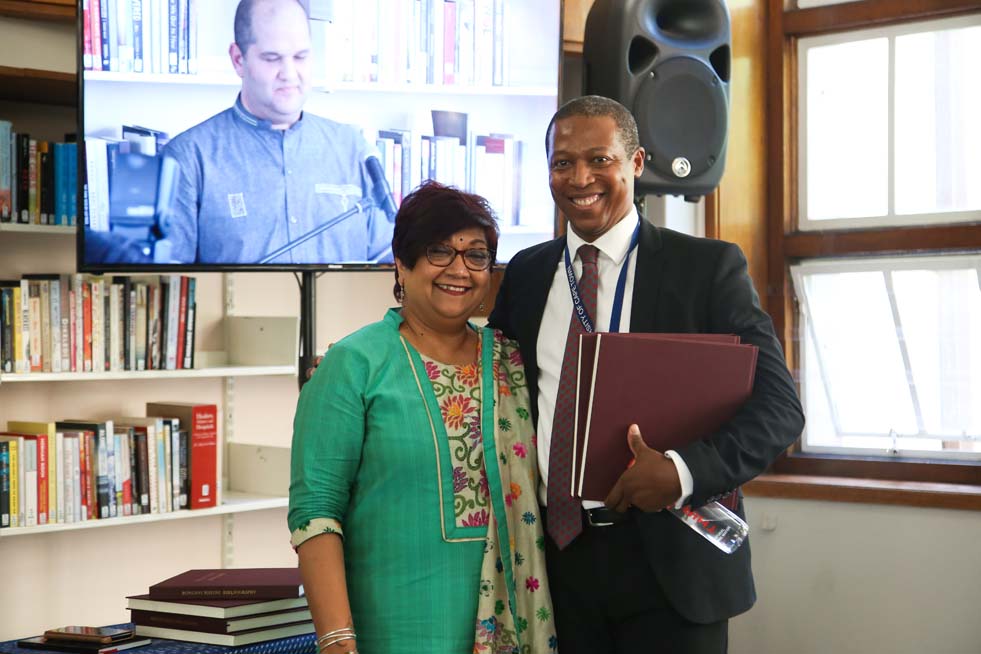 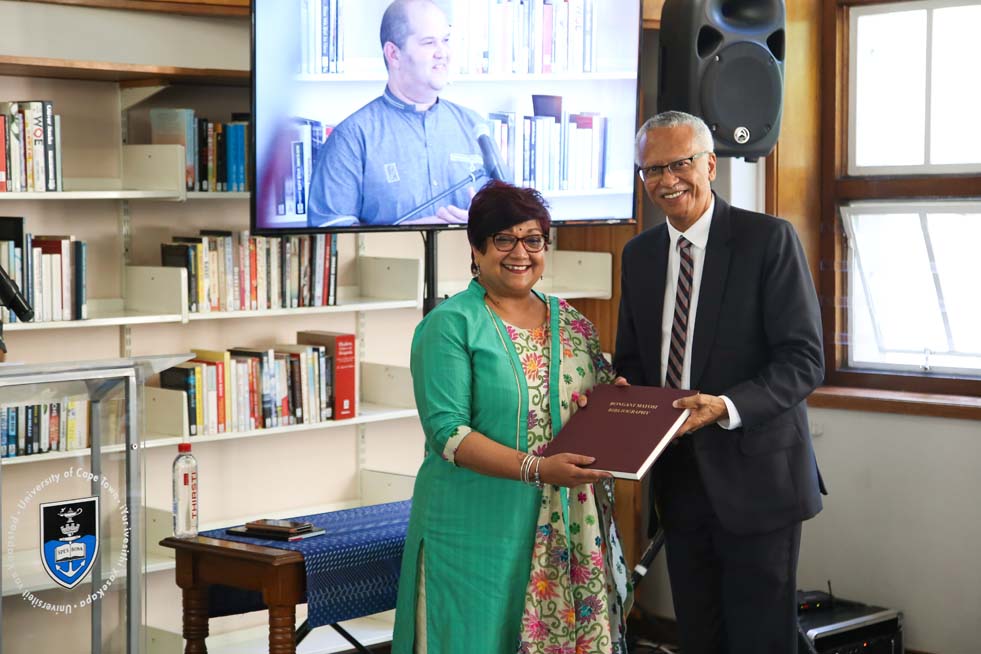 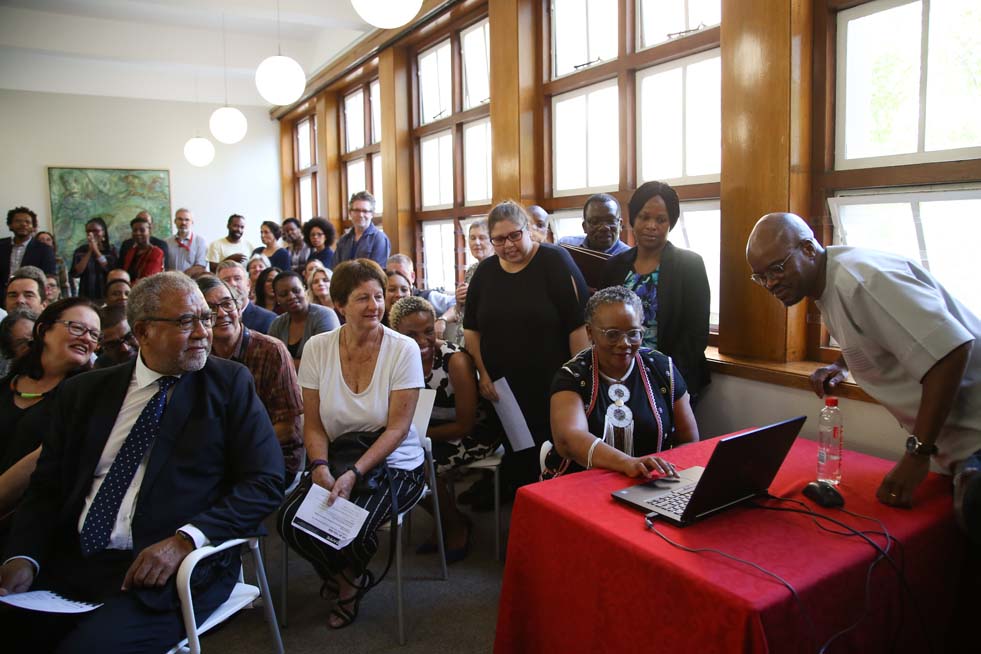 Following the announcement of the legacy project, friends and former colleagues of the late Mayosi took turns to share memories of the academic giant.

Mayosi’s mentee, friend and collaborator, Professor Mpiko Ntsekhe, the head of cardiology at UCT, fondly recalled “Bonganisms” – the mantras the late professor would often repeat and by which he lived. These included “Dare to dream”, “Poverty breaks hearts”, “Your work must speak for itself”, “An agenda for Africa by Africans” and “There is enough space under the African sky”.

These “Bonganisms” form part of the permanent visual exhibition, In his footsteps, which is already on display outside the library.

The exhibition and the showcased mantras, said Ntsekhe, capture the “humanity, excellence and legacy” of the mentor and role model to many. He said he hoped the exhibition would inspire “current and future generations of bright, young aspiring Bonganis to pick up the many batons he left behind for all of us to run with”.

The sharing of fond memories and lessons from the late professor continued with Sizwe Nxasana, the chairperson of the Bongani Mayosi Foundation (BMF), founding partner of SizweNtsalubaGobodo and founder of Future Nation Schools.

He and Dr Judy Dlamini ─ the chancellor of the University of Witwatersrand, founder of the Mbekani Group and Nxasana’s wife ─ knew Mayosi and Khumalo from their student years. Nxasana recalled how, when the UCT power couple married, he and Dlamini could only afford to buy them a tea set from Shoprite. To this day, the tea set remains in the Mayosi–Khumalo home.

Through the work of the BMF, of which Khumalo is a trustee, Nxasana said his “larger than life” friend’s legacy will be protected, promoted and preserved. This work includes the Bongani Mayosi academic prize, which will be awarded at all nine medical schools in South Africa. This prize is expected to be launched by the end of the year.

“It is important, especially given the person that he was ─ who was an intellectual, who was a scholar, who was brilliant in academia, was empathetic, who was a friend, who was fun – that we preserve and promote what Bongani stood for,” said Nxasana.

The second part of the “Lift as you rise” celebrations was the inaugural Bongani Mayosi Memorial Lecture, delivered by Professor Jimmy Volmink, Dean of Medicine and Health Sciences at Stellenbosch University.

Volmink was considered a mentor by Mayosi, and the importance of mentorship was at the core of his lecture, “The remarkable legacy of Professor Bongani Mayosi”.

Quoting an article he had read about mentorship, Volmink said, “Mentors are people who can see more in you than you see in yourself. Effective mentors are so unshakably convinced that we have greatness in us and their vision of what is possible is so clear and powerful that they wind up convincing us too.

“For many of you here this evening, and for countless others, Professor Bongani Mayosi was that kind of mentor,” he said.

This development of people was, according to Volmink, one of the most unique and significant aspects of Mayosi’s legacy.

“[He] was truly remarkable in his ability to lift people up. He had a generosity of spirit which is rarely seen in academia, and that made a world of difference to me, to you and to many people around this country, continent and in many parts of the world,” he said.

Concluding his lecture, Volmink reflected on his more than two decades of friendship with Mayosi, their research collaborations and the late professor’s fight for, among many other goals, transformation, social justice and improving the research enterprise.

“I want to bring home the point that now that Bongani is no longer with us, it is incumbent on us to continue to fight hard for the things that he was so passionate about.” 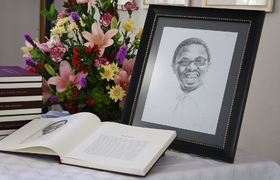 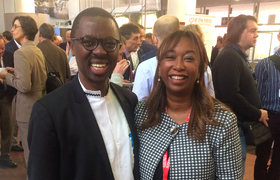 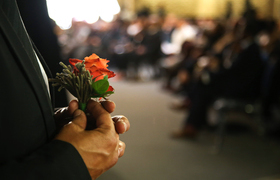 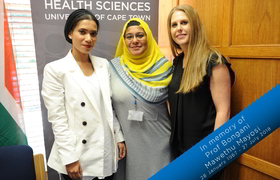 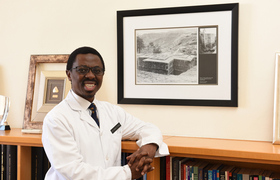