Young Bongani Mayosi's ambition to become a doctor was shaped in the back of a Land Rover, as the car bounced over the hills under the wide skies of the Amathole district in the Eastern Cape. It was the start of a journey that would eventually see him appointed as dean of the Faculty of Health Sciences at the University of Cape Town.

Mayosi, who was born in Mthatha in 1967, moved to the village of Ngqamakhwe when he was a year old, with his father, George, the local district surgeon, and his mother, Nontle, a nurse.

“My dad had Land Rovers, and would head out along these ragged, bumpy roads to see his patients,” Mayosi recalls. “I always went with him, sitting in the back of the car with the medicine. We'd stop to see people. To me as a child, it was the most wonderful fun. Becoming a doctor myself one day was the obvious plan.”

One of five children, Mayosi was home-schooled by his mother before he matriculated from St John's College in Mthatha. Over the years, his healthcare aspirations took him from rural roads to shiny academic corridors around the world, where he qualified as a cardiologist focusing on poor communities. “Poverty will break your heart,” he tells us.

Now a professor, Mayosi (48) has been promoted to dean of the Faculty of Health Sciences at the University of Cape Town (UCT) – where he will supervise about 2 000 academic, administrative and technical staff, and 2 015 undergraduate and 1 928 postgraduate medical students.

Mayosi joined the university in 1992, and was appointed head of its department of medicine in 2006. In a speech shortly after his appointment, he referenced 12th-century French philosopher Bernard of Chartres: “I do indeed stand upon the shoulders of giants.” However, he has been outspoken about the historic transformation challenges facing the university, notably those of language inequality and patriarchy.

We meet Mayosi at his office inside the Old Main Building at Groote Schuur, UCT's chief academic hospital. His office overlooks the hospital grounds and a building marked 'Outpatients, elabangalaliswayo, buitepasiënte', where people, some of whom are confined to wheelchairs, are waiting for hospital shuttles to take them back home.

The walls in his office are lined with certificates and trophies. Above his desk hangs a white notice board with a message from his daughter scrawled in koki pen: “Have an amazing day, Tata.” It is signed “Gugu”, with a heart.

“South Africa is very unique. Our country is a collision of four epidemics, where most countries only have one or two,” he says. The four epidemics are mother and baby health risks; HIV/Aids and TB; chronic non-transmissible diseases such as diabetes and heart disease; and violence – especially domestic violence – and injury, he says. (South Africa's average homicide figures are five times the global average.) Mayosi also cites chronic healthcare fiscal budget cuts and the flight of experienced medical staff to the private sector and overseas as some of the country's challenges.

The new dean's credentials combine academic rigour with hands-on hospital experience. “My idea with this faculty is to train quality healthcare staff who can make a real difference to people... We need to create knowledge, but we have to get our hands dirty, too.” His research focuses on three diseases that are rare in high-income countries, but common in Africa: rheumatic heart disease (potentially fatal, but treatable with penicillin), TB of the heart, and heart muscle disease.

Mayosi and his wife – equally respected Professor Nonhlanhla Khumalo, head of dermatology at UCT, who is well known for her research into African hair – live in Cape Town with their two daughters, Vuyi and Gugu. The pair met at the Durban campus of the University of KwaZulu-Natal (UKZN), where they were enrolled as medical students in the early 1980s.

“Well, we sat next to each other on a bus on our way to the beach, during initiation. We started talking to each other, and just never stopped!” says Mayosi. At the time, their initiation was coordinated by Aaron Motsoaledi, who is now the health minister, and was then the president of UKZN's students' representative council.

Mayosi earned two medical degrees with distinction at UKZN, and worked as an intern at Livingstone Hospital in Port Elizabeth before joining UCT in 1992. He was admitted to the Fellowship of the College of Physicians of SA in 1995, and earned a doctoral degree at the University of Oxford in the UK in 2003.

Mayosi takes over as dean from Wim de Villiers, who left UCT to become rector at Stellenbosch University in April last year. He will only officially occupy the dean's office in September, after completing a study break at Harvard University in the US. An interim dean will manage the faculty until then.

Before leaving for the US, Mayosi plans to spend some time with family in Ngqamakhwe. “When people speak of how rural folk are disadvantaged – well, I can't relate to that,” he says. “I had a magical youth, spent making cattle from clay and playing outside. I enjoy taking my daughters back there.”

Mayosi has credited his parents, and especially his mother, for his love of learning. “My siblings and I owe a great debt to our parents for instilling in us a love of learning – and to our mother in particular, who suspended her own career as a nurse for 14 years to raise and almost single-handedly educate her brood of five children,” he wrote in a speech delivered in 2006.

He might not be in the back of his father's Land Rover anymore; but hopefully, the Ngqamakhwe hills will inspire his daughters to dream even bigger. 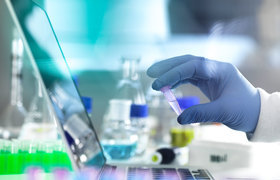 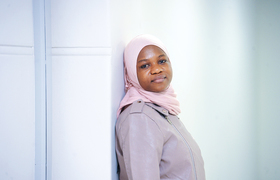 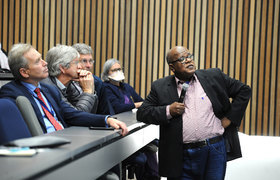 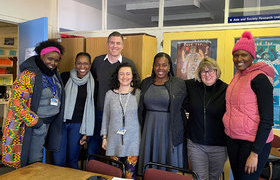