Healthcare for all is possible

South Africa faces “enormous challenges”, but attaining widespread access to quality healthcare is not unrealistic – provided solid short-to-medium and long-term plans are enforced effectively. But not before deliberating a set of serious questions and coming up with solutions to them first.

This was the view of Dr Solomon Benatar, Emeritus Professor of Medicine at the University of Cape Town (UCT). Benatar is also an Adjunct Professor at the University of Toronto’s Dalla Lana School of Public Health. He delivered the second annual Dr Stuart John Saunders Lecture titled: “Health, healthcare and professionalism in the 21st century” this week.

Benatar’s work focuses on the structure and funding of healthcare services in South Africa, human rights, bio-ethics and the political economy of global health.

Saunders is a former Vice-Chancellor (VC) and Professor of Medicine at UCT. The lecture seeks to pay tribute to the values he demonstrated during his 15-year tenure and his impactful medical research.

Addressing the audience, which included current VC Professor Mamokgethi Phakeng, Benatar said that for South Africans to achieve quality healthcare, a serious intervention is necessary – and it all starts with bridging the gap between the policy and implementation process.

“[There are] disconnects between policy and implementation. We seem to be capable of making policies that look good on paper, but our ability to implement those policies is weak and less than adequate,” he said.

In the past, Benatar said he had collaborated with a few Canadian colleagues to establish why inequality in the healthcare sector still exists in Canada. Yet Canada spends ten times more per capita on healthcare than South Africa.

“Biomedicine and money alone cannot abolish inequality [in healthcare]. They can reduce [it], but they can’t abolish [it].”

“There were several lessons that emerged from that research – biomedicine and money alone cannot abolish inequality [in healthcare]. They can reduce [it], but they can’t abolish [it],” he said.

Instead, he added, proper planning is required.

And to help get this right, alongside practising doctors, more emphasis should be placed on community workers, nursing practitioners and midwife obstetric units and the significant role they play in the sector.

He said it’s been proven that midwife obstetrics units have made a “major difference” to the maternal mortality rate in the Western Cape in particular.

Long-term plans are a bit more complex. He advised that these be geared towards economic and political power structures and their influence and effects on the complete healthcare system.

Universal access to healthcare is a global debate, and the World Health Organisation’s (WHO) primary goal. But, Benatar said what organisations like WHO are not really talking about or taking into consideration is the required level of access to this vital service.

“If we’re going to have universal access to health, [we] need to define what’s possible and [realistically] what can be done.”

“At that level, you have to ask yourself what kind of healthcare they will have access to. If [we’re] going to have universal access to health, [we] need to define what’s possible and [realistically] what can be done,” he said.

Benatar urged the public sector to ask the sometimes-difficult questions on implementation plans and suggest strict timeframes to remain accountable.

More than that, he encouraged the public and private sectors, in South Africa specifically, to work together cooperatively to achieve this long-term goal.

“There must be a means of generating goodwill among common professionals for the good of the patient. There must be principles involved in order to do that,” he said. 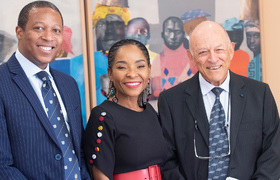 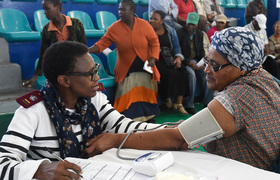 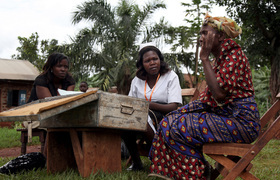 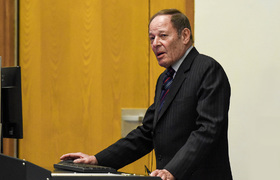 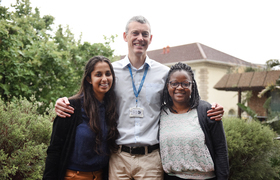