Within a context categorised by an already small emergency medicine research output, one in six African emergency care publications is inaccessible to African researchers.

This was the finding of a paper published by Associate (now visiting) Professor Stevan Bruijns together with two undergraduate health science students, Mmapheladi Mosly Maesela and Suniti Sinha.

The research was conducted during Bruijns’s special study module with the second-year students.

The team set out to determine the level of access that African emergency medicine researchers had to each other’s work. In an examination of 666 publications from 49 journals (59.3% of which were open access), they found that 105 of the publications (15.8%) were cost-prohibitive.

“One sixth of research pertaining to Africa is being lost, only to be accessible to overseas researchers. Chances are it is likely to be research with recommendations that we need,” explained Sinha. “And this is only due to cost obstacles.”

The article concluded that were it not for university library access, nearly half of African emergency care publications would be inaccessible.

Although troubling, the results were no surprise to Bruijns, who has been working as both a clinician and a researcher in emergency medicine since the early 2000s.

Bruijns became the chief editor of the African Journal of Emergency Medicine, and quickly picked up that there was a big gap in terms of research within the African context. This is when he began researching research.

“A lot of people were saying, ‘We’d like to get into research, but one of the big stumbling blocks we have is, as soon as we start trying to do a literature search we hit these [paywalls],” he said.

The study therefore examined these researchers’ access to papers published by fellow Africans. It aimed to lay the foundation for a conversation about open access in the context of African research, which would in turn significantly advance the emergency medicine sector on the continent.

“If we have better access to research, especially our own research, we could provide better informed healthcare.”

The value of research

When you work clinically, you treat one patient. When you research, you treat a million patients.

Bruijns witnessed this first-hand through his involvement in developing the South African Triage Scale (SATS).

“Something that’s so obvious to us now wasn’t that obvious 15 years ago,” Bruijns said. “My motivation when we started with this was, basically, I don’t want to find people dead in their beds in the morning.”

Now, the model is being adopted across the world. Indeed, the World Health Organization’s (WHO) triage scale will be based on the South African model.

“I saw what research can do,” commented Bruijns. “All we are doing is having a junior nurse standing at the front door checking people’s blood pressure and pulse: saying you are a red, you’re an orange, you’re a yellow, you’re a green. And suddenly we don’t find people dead in their beds anymore. It made an incredible difference in the public sector.”

Access to African-based research has a direct impact on the health of patients and the level of care they receive.

“Research underpins what we do in clinical medicine. If we have better access to research, especially our own research, we could provide better informed healthcare,” Maesela explained.

There are different types of open access. This determines just how open open-access articles really are.

First is paid open access, otherwise known as gold open access. This refers to papers available direct from a publisher’s site. Such an article would have gone through the editing and peer-reviewing processes of the publisher. They may require the author, or the author’s institution, to pay for their article to be processed.

This proves a barrier to emergency medicine researchers looking to publish, particularly when they are not attached to well-resourced institutions (and most are not).

Alternatively, content may be available through green open access. In this case, an earlier iteration of the paper (as accepted for publication, but not including all the bells and whistles of the publisher’s version) is available at alternative sources, such as the author’s institutional website, or in an open-access repository (like OpenUCT).

Consequently, finding a journal where one can publish one’s research findings can be as tricky as choosing the right journals to read, particularly when funds are scarce.

After taking the actual purchasing power of South African, Ghanaian and Tanzanian researchers into account, using the WHO purchasing power parity exchange rate, Bruijns and his team determined what it would cost, in real terms, for researchers to access subscription-based articles or to have their articles processed for publishing.

Even with various discounts, and some fee waivers in place, researchers in South Africa, Tanzania and Ghana forked out 2.3, 2.8 and 3.5 times more respectively than the standard rates for article processing and article access.

“[The paper therefore] recommends that publishers should consider revising their pricing policies to allow more equitable access to publications for researchers in these low- to middle-income regions,” Sinha explained.

The paper laid the foundation for a long-term endeavour: determining the regional impact of emergency medicine journals. In so doing, local researchers will know just where to publish to get more bang for their buck.

Such knowledge would prove equally useful for clinicians looking to read research, and to libraries and institutions in selecting journals for subscription.

Journals billing themselves as “global” often miss the mark, maintained Bruijns. “The vast majority of those articles apply to a small part of the world, which is really North America [and] Western Europe, and the other 80% of the world gets excluded from that.”

A clinic in rural South Africa deals with a very different set of socioeconomic circumstances to a clinic in suburban North America, he explained.

Their trauma centres also face vastly different burdens of disease and injury. South Africa, for instance, is faced by a high burden of HIV and trauma. It follows that South African researchers are going to publish on HIV and trauma.

Some journals are negotiating degrees of open access with a number of so-called developed economies, Bruijns noted. But this is not happening with African countries, who do not have the same bargaining power within the research sector.

Within the emergency medicine field, Africa is only producing 1.8% of the total research output, a figure that does not reflect the continent’s size, nor its high burden of disease, morbidity and mortality. This is because countries like South Africa are what Bruijns refers to as new, or young knowledge economies.

“In young knowledge economies, the focus is on getting bottoms on seats and people in the emergency centres to care for the patients.”

Once that is achieved, he added, we can move beyond that, and as our research output begins to grow, our knowledge economy will mature. 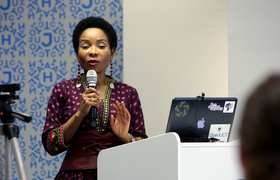 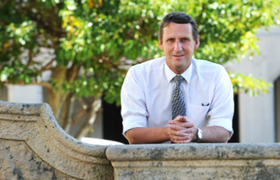 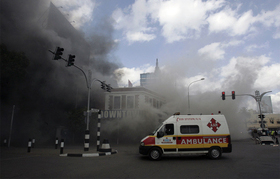 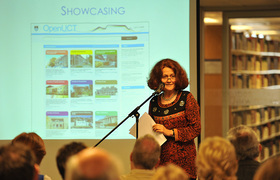