The medal awards took place at the Council for Scientific and Industrial Research on 7 November. The medal recognises Denny as an outstanding South African scientist, whose excellent research has raised the profile of science in the country.

The SAMRC medals are among South Africa’s most prestigious, and are dedicated to contributions to health research in South Africa. Gold medals are awarded annually to established senior scientists for seminal scientific contributions that have impacted on the health of people, especially those living in developing countries.

Denny, a senior specialist in gynaecological oncology in the Department of Obstetrics & Gynaecology at UCT and Groote Schuur Hospital (GSH), has been researching methods of cancer prevention among poor women since 1995. She is one of the country’s and continent’s foremost scholars in this field.

Her major achievements have been in the areas of gynaecological oncology, particularly cervical cancer, and screening, particularly in a primary care context. She has established major research programmes that have attracted considerable research funding. In addition, she has made a significant contribution to UCT’s Gender, Health and Justice Unit.

Of the SAMRC award, Denny said: “It is a great honour and acknowledgement of 25 years of work in [cervical cancer research].”

“Cervical cancer is the second most common cancer among women in South Africa, after breast cancer, yet it is preventable through mass screening.”

She used the award to make a plea for greater awareness of and efforts to detect the disease.

“Cervical cancer is the second most common cancer among women in South Africa, after breast cancer, yet it is preventable through mass screening – and early detection saves lives.”

The scenario in South Africa is particularly worrisome, she added.

“Over 80% of women with cervical cancer are black women and most are poor with limited access to healthcare. The most common age group is 40 to 50 years.”

The significance of this is that at this age black women are often heads of households and sole breadwinners.

“And no, the battle is not being won,” she added.

Coalescing the areas of policy, resources, research and screening is essential to changing the status quo.

This is not a coincidence, said Denny, but rather an acknowledgement of the ubiquity of HPV- associated disease and its relation to cancer.

“Cervical cancer is a disease of inequity of access to care and, with the advent of HPV vaccination and widespread availability to screen women of the appropriate age, could be eliminated.”

Her other research interests include cervical disease in women infected with HIV and the natural history and disease manifestations of HPV. Denny also played a crucial role in developing the Western Cape protocol for the management of survivors of sexual assault. 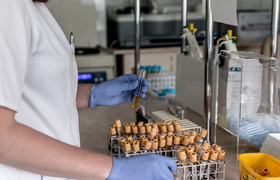 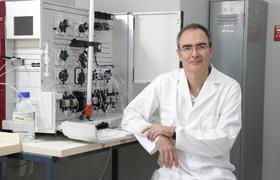 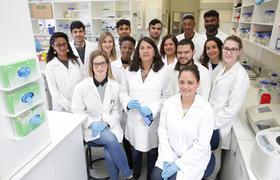 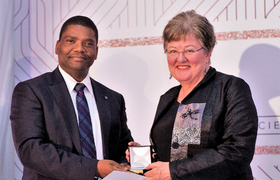