In celebration of the United Nations (UN) International Day of Peace tomorrow, 21 September, the University of Cape Town (UCT) is collaborating with online media channel PeaceCast.tv to acknowledge the life and contributions of honorary doctorate recipient and struggle icon Denis Goldberg.

PeaceCast.tvʼs 48-hour webcast will feature a video about Goldberg in which he reflects on his life as an anti-apartheid activist and on receiving the honorary degree from his alma mater, UCT, on 12 July 2019.

At just 16 years old, Goldberg began pursuing his BSc in civil engineering at UCT as possibly the youngest in the class and as the first in his family to attend university. Soon after graduating in 1955, he joined the banned Communist Party and by 1961 he was a member of Umkhonto weSizwe, the armed wing of the ANC.

After being sentenced as one of the Rivonia Trialists in 1964, he continued his education in prison where he obtained a degree in public administration (1969), a BA (1975) and a degree in library science (1981).

“PeaceCast.tvʼs 48-hour webcast will feature a video about [Denis] Goldberg in which he reflects on his life as an anti-apartheid activist and on receiving the honorary degree from … UCT.”

The outspoken struggle icon was finally released in 1985 and since then has established and directed development organisations which, among many other goals, aim to build social cohesion. One such endeavour is the House of Hope, a space in Hout Bay where young people from across the city can bridge the many divides, engage in cultural activities and skills building, and learn about one another.

Every year, PeaceCast.tv webcasts 48 hours of continuous programming, highlighting the fundamental necessity of peace in addressing social ills. The channel features humanitarian and peace-related videos from around the world.

Universities and organisations worldwide are invited to centralise the theme of “Practice Peace” across their International Day of Peace activities, celebrating in the spirit of the UN’s focus on “Climate Action for Peace”.

This theme supports the UN’s 17 Sustainable Development Goals (SDGs), a blueprint for reaching critical global challenges by the year 2030.

Goal 16, “Peace, Justice and Strong Institutions”, asks everyone to “promote peaceful and inclusive societies for sustainable development, provide access to justice for all and build effective, accountable and inclusive institutions at all levels”. This goal relates closely to climate action and some of the other SDGs including poverty, health and well-being.

Programming starts today, 20 September, at 14:00 in South Africa, until the same time on 22 September. 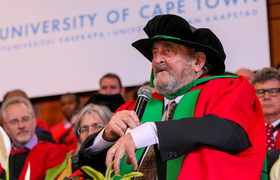 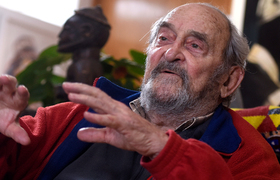