Head of the University of Cape Town’s (UCT) Department of Archaeology and director of the Archaeological Materials Laboratory, Professor Shadreck Chirikure, has won the Antiquity journal of archaeology’s Antiquity Prize 2019, for best paper of 2018. This is the second time Chirikure has won this award.

He is the first African and perhaps the first archaeologist to have won the prize twice.

Antiquity is based in the Department of Archaeology at Durham University in the UK. Founded by OGS Crawford in 1927, it is a peer-reviewed journal owned by the Antiquity Trust.

Chirikure’s winning paper is titled “Elites and commoners at Great Zimbabwe: Archaeological and ethnographic insights on social power”. It appeared in the August 2018 issue of Antiquity, a journal to which he has contributed since 2008 when his first submission won him his initial Antiquity Prize.

In that year he and his co-author, Innocent Pikirayi, were awarded the honour for their paper “Inside and outside the dry stone walls: Revisiting the material culture of Great Zimbabwe”.

Chirikure recently delivered his inaugural lecture on Great Zimbabwe. He called for Africans to use the continent’s vast record of dynamic social systems, mobilities, knowledge and innovation to spur progress now and in the future.

“The important thing is for us in the global south to demonstrate that we have what it takes to compete at the highest level possible.”

The various elements must be integrated in a creative manner that is insightful, innovative and leaves readers with ‘But why didn’t we think about this?’.”

What will he use the prize money for?

“Beer and whisky!” he quipped.

Getting more serious, Chirikure said the funds will be invested back into the research, to advance the frontiers of knowledge.

“The important thing is for us in the global south to demonstrate that we have what it takes to compete at the highest level possible.” 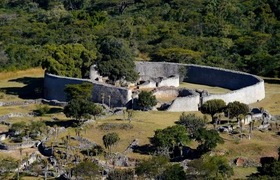 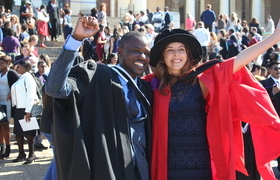