Professor Gary Maartens is both head of clinical pharmacology at the University of Cape Town (UCT) and a chief specialist physician at Groote Schuur Hospital. Earlier this year, South Africa’s National Research Foundation (NRF) recognised his contribution to the field by awarding him an A rating.

“When I initially chose medicine, it was very much because I wanted to be at the bedside of patients, rather than in the lab,” he explains.

As a young specialist doctor working in Cape Town during the early ’90s, being at the bedside of patients meant witnessing first-hand the HIV epidemic in South Africa. Despite Maartens initial choice to be a clinician rather than a researcher, it soon became clear that to tackle the crisis in a way that made sense in the context of South Africa, much research would need to be done.

“The disease presented differently here than it did in high-income countries,” explains Maartens. “It quickly became apparent that HIV and TB were inextricably linked in southern Africa, and we needed data and research that took this into account.”

Two decades later, Maartens is an international authority on the therapeutic aspects of HIV-associated TB, drug-resistant TB and antiretroviral therapy in resource-limited settings. He has published over 200 peer-reviewed papers, was the founding president for the South African College of Clinical Pharmacologists, and in 2015, was awarded a gold medal by the Medical Research Council of South Africa for outstanding contributions to medical research.

“When I initially chose medicine, it was very much because I wanted to be at the bedside of patients, rather than in the lab.”

Here he remembers some of the major milestones along the way.

1990s: Responding to an epidemic

As a specialist physician working at Groote Schuur during the ’90s, Maartens was tasked with setting up a clinical service for infectious diseases in general and HIV specifically.

“Setting up a clinical service is very time-intensive, so initially, the research aspect of the work progressed quite slowly.

“With the help of the Medical Research Council we developed a database of all the patients we saw at our clinics, not just at Groote Schuur but also at Somerset Hospital, where Dr Robin Wood (also an A-rated UCT researcher) headed up the programme and with whom I collaborated to populate the database.

“That database proved very useful because it meant we could ask relevant research questions about the prognosis of the disease, and later, about interventions that helped to slow it down.”

“When antiretroviral therapies (ARTs) came along we started to study those as well, and of course, it quickly became apparent how effective they were,” Maartens remembers.

Maartens admits to the enormous frustration he felt prior to the roll out of ART in 2004 knowing the drugs that could save lives existed but were not available in South Africa.

“It became incredibly difficult to see people die knowing that ART therapy could have prevented their deaths,” he remembers. “This became an untenable situation and one that was largely changed thanks to the pressure that activists working within organisations, such as the Treatment Action Campaign, Médecins Sans Frontières, and the AIDS Law Project, put on drug companies and the government.

“South Africa implemented the widespread use of new TB drugs well before the rest of the world, and the research stemming from this experience has changed global policy.”

“It was at this time that the importance of collaboration between clinicians, researchers and activists became so apparent,” Maartens continues. “One of the best examples of this was the Khayelitsha project, which was jointly funded by Médecins Sans Frontières and the Western Cape government around 2001.

“I worked with the team that opened three clinics in 2000 supplying patients with ARTs imported from Brazil. The positive findings from the project, which included high rates of viral suppression and retention in care, helped to spur the rollout of ARTs on a national scale.

“It showed: yes, this works; people will take this medicine and it will help them.”

During 2004, a large-scale national ART programme was rolled out in South Africa. This was also the year that Maartens became head of the Division of Clinical Pharmacology at UCT.

“Much of my interventional research has happened since then, and I think the area in which the greatest strides have recently been made is the treatment of drug-resistant TB.”

“It has been a privilege to work with so many dedicated doctors as well as people outside the profession of medicine, such as researchers, activists and public officials.”

“South Africa implemented the widespread use of new TB drugs well before the rest of the world, and the research stemming from this experience has changed global policy.”

Looking back, Maartens believes that collaboration has been an essential element in the progress he’s witnessed. “It has been a privilege to work with so many dedicated doctors as well as people outside the profession of medicine, such as researchers, activists and public officials,” says Maartens.

“I think it is a testament to collaboration across many areas of expertise that we can now say that South Africa has the largest ART programme in the world, through which more than four million adults receive ARTs. But of course, much more needs to be done.”

Decolonising art is about a ‘politics of recognition’ Decolonising art practice, theory and art schools is the focus of the 49th issue of OnCurating, co-edited by alumnus and Michaelis Galleries curator Nkule Mabaso. 18 May 2021

Tips for success from UCT alum and MTN’s CEO and president During a recent Zimbabwe Society event, UCT alumnus and MTN Group president and CEO Ralph Mupita shared lessons for student and work life. 18 May 2021

Minister Nzimande pledges help to UCT library, students after fire Visiting our fire-damaged upper campus, the Minister of Higher Education, Science and Innovation promised help and cooperation to UCT Libraries and to students. 18 May 2021 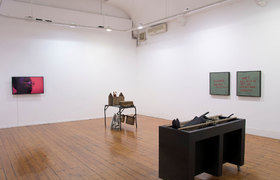 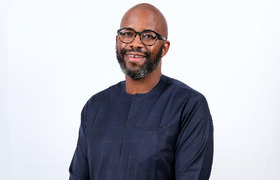 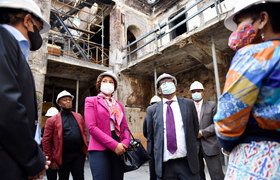 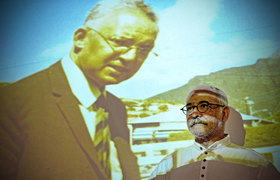