Associate Professor Svea Josephy received a Creative Works Award for her solo exhibition, Satellite Cities, at today’s graduation, one of three such awards for 2018. Satellite Cities was held at the Wits Art Museum, Johannesburg, from January to March 2016 and co-hosted by the Wits City Institute.

Josephy is a senior lecturer in fine arts (photography) at the Michaelis School of Fine Art.

Satellite Cities was a curated exhibition including an impressive body of photographs accompanied by text panels and a catalogue. The exhibition arises from a substantial research project undertaken over several years.

Josephy investigated parallels in the naming of “twin towns” in South Africa and other parts of the world, pairing images of different locations around the world that share the same name – for instance Delft in Cape Town and Delft in The Netherlands.

The modern idea of twin cities and towns was developed after World War II. The original aim of these legal or social agreements was to foster friendship and understanding between different cultures – and between former enemies in the name of peace and reconciliation. Later, town twinning became increasingly used to form strategic international business links.

Sites of struggle and reconciliation

Initially focused on a colonial past, Josephy’s photographs have more recently connected different locations, in South Africa and abroad, as sites of struggle, and of war, liberation and reconstruction, for example Kosovo in Eastern Europe and Kosovo in the Western Cape.

“This exhibition engages with contemporary art, producing artefactual research, which connects the construction of land, place and identity and what these might mean.”

In Satellite Cities she presents large colour photographs that explore what these connections mean to the people in the places that adopted these names.

The photographs are often displayed as diptychs to draw out parallels, similarities and differences between events taking place in the war zones and similar conditions in life circumstances, facilities and infrastructure in the places in South Africa at the time.

The citation for the award read: “In Satellite Cities, Josephy has developed a body of original creative work, which demonstrates a distinctive contribution to the field of visual art production.

“This exhibition engages with contemporary art, producing artefactual research, which connects the construction of land, place and identity and what these might mean, particularly in relation to lens- based practice in contemporary South African art.”

In working closely with the Wits City Institute, a research centre for critical architecture and urbanism, the exhibition occupied an interdisciplinary space – both within the academic arena and in engaged scholarship. 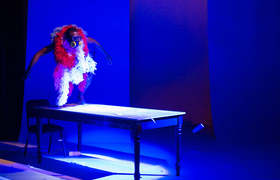 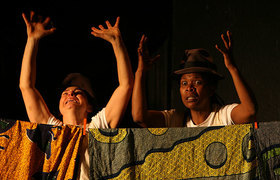