The University of Cape Town (UCT) has been ranked 72nd in the world for clinical, pre-clinical and health in the 2019 Times Higher Education (THE) Rankings by subject.

A further three subjects were ranked: psychology was placed in the 101-125 band (only the top 100 are given specific places in the THE rankings), life sciences ranked 151-175, and physical sciences ranked 301-400.

This month’s rankings for the four subjects follow similar positive rankings announced in October, when arts and humanities was ranked in the 151-175 band.

UCT was also ranked in the top 100 in the world in a further three subjects: law (77th place), social sciences (89th place), and education (95th). In the education category, UCT shared the 95th spot with Finland’s University of Jyväskylä.

Business and economics also did well, featuring in the rankings for the first time, in the 176-200 band.

The final THE subject rankings, for engineering and technology, and computer science, will be released on 29 November.

Subject ratings are based on the same 13 indicators as for the overall rankings. Grouped in five categories, the methodology is recalibrated to suit the individual fields.

Across all fields, however, the three most heavily weighted indicators are teaching (the learning environment), research (volume, income and reputation), and citations (a measure of research influence), followed by international outlook (referring to staff, students and research), and industry income (as a measure of innovation).

“In September, UCT maintained its position as South Africa’s top tertiary institution – and the leading university on the continent.”

Health sciences at UCT ranks consistently highly across the different world university ranking systems. Immunology and clinical medicine both featured in the top 100 of the US News 2018 Best Global Universities, while anatomy and physiology was ranked in the top 100 of Quacquarelli Symonds 2018.

In September, UCT maintained its position as South Africa’s top tertiary institution – and the leading university on the continent – with a jump of 15 places from 171st to 156th position in the 2019 THE World University Rankings results.

“We have and continue to be extremely strong in this area, and we’re delighted to see our status confirmed by such a respected source of the definitive list of the world’s best universities,” he said. 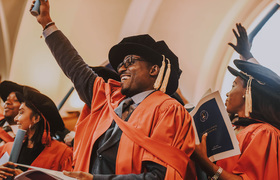 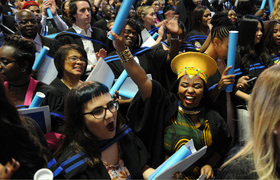