Advancing the science of measurement

The Metrological and Applied Sciences University Research Unit (MeASURe), officially launched in the University of Cape Town’s Department of Physics, will play a crucial role in boosting the prominence of measurement-based research in South Africa.

Focused on applications which require novel measurement techniques, the new unit is working with the National Metrology Institute of South Africa (NMISA) on instrumentation that will lead to new standards for current and mass in the country.

This emerged at the launch event on 29 August, at which unit director Professor Andy Buffler explained that their research focuses particularly on novel measurement techniques using neutron and gamma radiation, and nanoelectronics at ultra-low temperatures. The research also homes in on advancing the fundamental reference standards for measurement.

“It is an appropriate time to launch MeASURe,” he said, “since we are presently witnessing a redefinition of the SI base units which underpin all measurements.”

In the redefined International System of Units (the SI), all seven of the base units – the kilogram, ampere, kelvin, mole, second, candela and metre – will have reference to seven fundamental constants of nature. These include the speed of light in a vacuum, the Planck constant, the elementary charge, the Boltzmann constant, and the Avogadro constant.

The research unit was officially opened by Ndwakhulu Mukhufhi, the CEO of NMISA, at a dinner attended by 80 guests.

“NMISA is excited by the launch of the new unit as it brings measurement-based research into greater prominence in South Africa,” said Mukhufhi. NMISA is already supporting the new unit with several research projects, including three postgraduate bursaries.

“All the scales and balancers you use are ultimately referenced to a single lump of metal that sits in a vault in Paris. Clearly that is not sustainable.”

UCTʼS physics department, which has redeveloped its laboratories over the past few years, now features world-class equipment, including what’s popularly known as “the coldest place in Africa”.

The 8 mK refrigerator, one of only a few in the world, is able to cool down materials to temperatures just above absolute zero.

“The colder it is, the more precisely you can manipulate electrons one by one,” he explained.

"We have also constructed a table-top Watt Balance which is the precursor to the new reference for mass for South Africa, replacing the arcane artefact, the International Prototype of the Kilogram, held in a vault in Paris.

“All the scales and balancers you use are ultimately referenced to a single lump of metal that sits in a vault in Paris. Clearly that is not sustainable,” said Buffler.

Postgraduate student Thapelo Mametja said it has been an incredible experience to work on the project.

“It’s been amazing. All mass measurements are traceable to that piece of metal which was chosen to be the primary standard for mass measurement in 1889. I now have an opportunity to work on a new measurement that can impact so much on everyday life.”

Buffler said their research not only focuses on using applications of interesting measurement techniques, but also on advancing the science of measurement itself.

“That is unique for UCT and South Africa.”

The department’s laboratories and renovated teaching labs have become a drawcard for students wanting to study at UCT.

“More and more graduate students are choosing to work in these areas now that they can do real hands-on physics within the building,” he said.

The students also have the opportunity to interact with international collaborators involved in the range of research projects offered through MeASURe.

“We envisage the unit to grow to become a portal into UCT for problems which require novel measurement-based solutions.”

For example, the unit operates a laboratory which uses positron emission tomography (PET) scanners for fundamental studies of fluid flow, and is working with iThemba LABS (Laboratory for Accelerator Based Sciences) and NMISA to establish the world’s first high-energy neutron beam reference facility to be accredited by the International Organisation for Standardisation (ISO).

Other projects span medical radiation physics, nuclear engineering and physics-based simulations of the interactions of radiation in matter, and the electronic structure within materials.

The art and science of measurement are at the heart of the unit, which is acutely aware of how measurement is used in every aspect of life and could be the key to help solve global challenges.

“Global challenges such as poverty, health and climate change will only be meaningfully tackled using data-based approaches, and in most instances, such data is obtained via careful observation and measurement,” said Buffler, adding that the unit is seeking new partnerships within UCT and beyond.

“We envisage the unit to grow to become a portal into UCT for problems which require novel measurement-based solutions.”

MeASURe is also spreading the message about the value of laboratory work in science education. The unit will provide services for metrology education, both in industry and science laboratory teaching at schools.

Physics department lecturer Trisha Salagaram said they have many ideas about how to raise awareness of the role of experimentation in science.

“The rollout of the revised SI offers a unique opportunity to promote the central role of observation and measurement in science at all levels, from schools and universities to industry and the public.” 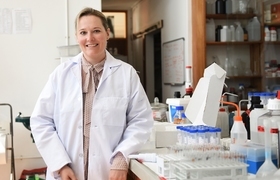 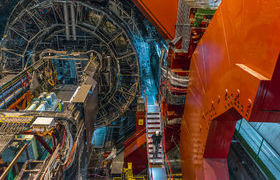 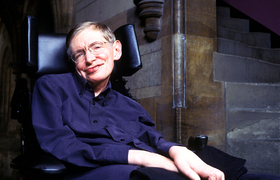