The huge shake-up following the 2008 global financial crisis and the rapid innovations it has sparked are at the heart of a new massive open online course (MOOC) devised by the University of Cape Town (UCT). The course starts on 13 August.

MOOCs are free online courses with no entry requirements in which participants have an opportunity to study alongside fellow students from across the world.

The new course, titled Financial Regulation in Emerging Markets and the Rise of Fintech Companies, was devised by Associate Professor Co-Pierre Georg, who is the convenor of the MPhil in financial technology at the African Institute of Financial Markets and Risk Management (AIFMRM) in the Faculty of Commerce.

The MOOC will give an overview of the changing regulatory environment since the 1997 Asian and 2008 global financial crises. It will also look at how the emergence of sophisticated models of artificial intelligence (AI) and the invention of blockchain have fuelled an upsurge in financial technology, or fintech, companies around the world.

Georg said it will include insights into disruptive technologies such as Bitcoin, and participants will hear stories from people at the forefront of fintech innovation in emerging markets.

He explained that financial crises have led to increased regulation, which has made it more expensive for banks to operate. The flipside is that it has triggered financial innovation and the rise of fintech companies.

“The course ... will get you to the place where you can understand the concepts and what is going on in the fintech space and financial services into the future.”

“The financial services industry is changing rapidly, with new technologies like blockchain and AI. Jobs as we know them may be threatened and challenged, so there is a need to learn new skills.

“We have seen examples where a single AI algorithm can do what 500 people did before. It’s part of the automation that comes with the Fourth Industrial Revolution. We need to find a way to train large numbers of people who come from very different backgrounds,” says Georg.

He expects the four-week online course to attract aspirant entrepreneurs and people interested in careers in finance and technology. The coursework will take between two to three hours per week.

“The course does not assume a whole lot of previous knowledge but will get you to the place where you can understand the concepts and what is going on in the fintech space and financial services into the future,” says Georg.

During the launch of the MOOC, Professor Kanshukan Rajaratnam, the acting dean of the Faculty of Commerce, spoke about the changes in technology since the 1950s when credit cards were first introduced. He said that recent innovations come at an exciting time for South Africa.

“They come at a time when we need to solve problems in the community, improve people’s quality of life and offer a greater number of jobs.”

A foundation to build on

Laura Czerniewicz, director of UCT’s Centre for Innovation in Learning and Teaching (CILT) in the Centre for Higher Education Development (CHED), is very excited about the new MOOC, which is being hosted on the Coursera platform. CILT launched the first set of UCT-run MOOCs in early 2015, and in the past three years over 200 000 people have signed up for UCT MOOCs.

This MOOC is the first of four courses in what Coursera calls a specialisation – a series of courses which build up to a concrete project.

“In our case, it’s about considering your own fintech start-up in an emerging market,” said Czerniewicz.

“MOOCs are an ideal way to engage with fast-moving new developments for all sorts of people, including graduates and students and people beyond university. They are short, intensive and flexible,” she said.

From MOOC to master’s

Georg sees the new MOOC as a potential appetiser for UCTʼs competitive MPhil in financial technology.

“I think it is probably the most competitive master’s programme in South Africa. Last year we had 300 applicants for 15 places. The people in the course are mind-blowingly brilliant, and it has been such a privilege to work with them.”

The programme is the only one of its kind in Africa. Georg said he looked at the only two similar programmes in the world, at Berkeley and MIT, for guidance in devising the course. Three start-ups have already emerged from the UCT programme.

“Students coming to our degree have such an appetite for knowledge. They have online discussion forums and we share literature and blog articles. They eagerly absorb everything as they want to be at the forefront of learning.

“It’s important that UCT stays at the forefront of delivering critical skills to a broad range of people in SA. We want to play our part in making sure that South Africa is ready for the future.”

“The energy and creativity in South Africa is leaps and bounds ahead of anything in Europe. This is our strong point. If we can harness this creative energy and combine it with hard skills, it’s going to be fantastic, innovative, new and creative.

“We have to be ahead of the curve. There is no alternative,” says Georg.

“The big question is how will the South African economy look in 15 to 20 years and what role can we play in the economy of the future. We have a chance to do what India has done in the IT sector. We should adopt this model to become the leaders in Africa.”

Find out more about the course. 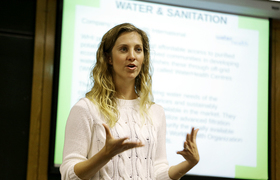 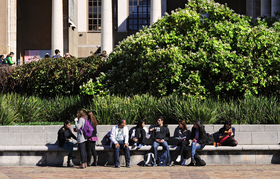 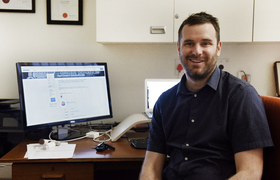 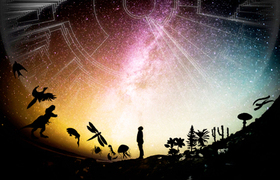