The Eighth Conference of the International Society for Gesture Studies (ISGS): Gesture and Diversity, hosted by UCT and running in Cape Town until 8 July, marks the first time this biennial international meeting of experts will be held on the African continent.

The conference draws together an interdisciplinary group of researchers, including anthropologists, cognitive scientists, computer scientists, linguists, neuroscientists, psychologists and semioticians, who will be sharing knowledge and new information regarding the study of gesture and bodily communication.

The conference is being chaired by UCT Associate Professor Heather Brookes, a chief research officer in the School of African and Gender Studies, Anthropology and Linguistics. She is also a past vice president of the ISGS.

The organisers said this first conference on gesture in Africa will focus on the rich diversity of human gestural communication, while examining the wide range of linguistic and cultural phenomena that influence and shape that diversity.

“Gestures and gestural behaviour are dynamic and changing, varying not only across languages and cultures, but also within cultural groups according to social levels, age, gender and situation,” they noted.

The conference is taking place at the Cape Sun Hotel.

Read more about the ISGS conference… 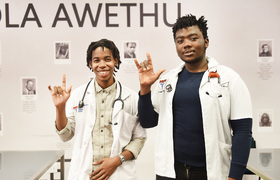 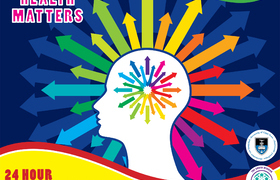 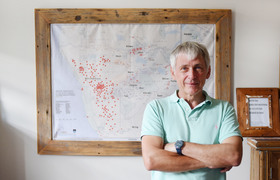 News
Passion for languages, compassion for linguistic communities 08 May 2017 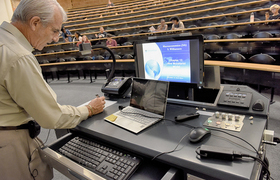