Mrs Nomzamo Winifred Madikizela-Mandela‚ a stalwart in the fight against apartheid, passed away on Monday, 2 April, at the age of 81.

According to the Mandela family spokesperson‚ Victor Dlamini‚ “She died after a long illness‚ for which she had been in and out of hospital since the start of the year. She succumbed peacefully in the early hours of Monday afternoon, surrounded by her family and loved ones.”

Born in Bizana in the Eastern Cape in 1936, Madikizela-Mandela moved to Johannesburg in 1953 to study social work. It was there that she met former president Nelson Mandela, a lawyer and anti-apartheid activist, in 1957.

They were married a year later, but her life with her new husband was unfortunately short-lived. Mandela was arrested in 1963 and sentenced to life imprisonment for treason. Although they remained married for a total of 38 years, they spent 27 of those years apart.

Throughout the course of Mandela’s prison term‚ Madikizela-Mandela campaigned tirelessly against the apartheid regime, and bore the consequences. She was placed under house arrest, banished to Brandfort in the Free State, and in 1969 became one of the first detainees under Section 6 of the infamous Terrorism Act of 1967. She was held for 18 months in solitary confinement in the Pretoria Central Prison before being charged.

Affectionately known to her supporters as the “Mother of the Nation”, Madikizela-Mandela developed a reputation as an uncompromising opponent of the apartheid system. She was an example of outstanding courageous defiance, and a revolutionary who dedicated herself to the people.

With all her complexities, the struggle icon will be remembered for her exceptional fighting spirit, activism and for being a symbol of promise for a liberated future.

In 2016 Madikizela-Mandela was conferred an Order of Luthuli in Silver for her outstanding contribution to the fight for the liberation of the people of South Africa.

In his address on Monday, President Cyril Ramaphosa called her “an abiding symbol of the desire of our people to be free” while retired archbishop Desmond Tutu said that “her courageous defiance was deeply inspirational to me, and to generations of activists”.

UCT conveys our condolences to her family and all those close to her. We will forever cherish her contribution to the liberation of this country. 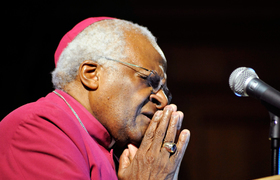 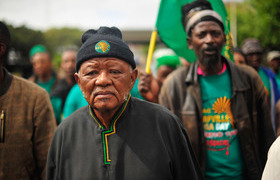 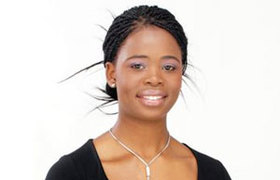