The University of Cape Town (UCT) remains the top university in the country and on the continent in the Quacquarelli Symonds (QS) BRICS University Rankings 2018. UCT is ranked 19th, five places down from its position in the previous year.

This ranking of the top universities in the five BRICS countries – Brazil, Russia, India, China and South Africa – attempts to track progress made by universities in nations that share certain key socio-economic dynamics.

Eight indicators are used to create the BRICS rankings:

Chinese universities continue to dominate the rankings, making up almost a third of the institutions featured and taking seven of the top 10 places. Tsinghua University has retained the top spot with Peking University following in 2nd and Fudan University in 3rd. 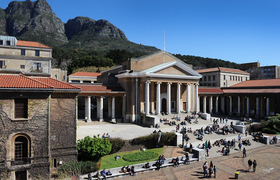