Cryptocurrencies: the need for regulation

Regulators face substantial challenges when evaluating the risks associated with cryptocurrencies. While they hold significant promise for economic growth in Africa, there is a strong case for their regulation. This is the view of Professor Andrei Kirilenko, director of the Centre of Global Finance and Technology at the Imperial College of London.

Kirilenko was speaking at a panel discussion arranged by the African Institute of Financial Markets and Risk Management (AIFMRM) at the University of Cape Town earlier this month.

The evolution of cryptocurrencies means that there is potential to be “incredibly surgical” in terms of regulation and the enforcement of transparency, but regulators are still facing resource constraints and other limitations in their efforts to get on top of this revolutionary new technology.

According to Kirilenko, a world-leading fintech expert and the former chief economist of the US Commodity Futures Trading Commission, the very nature of cryptocurrencies – that is, the fact that they are digital – means their footprint and reporting capabilities are built in, even if these are usually well covered for individual safety and privacy reasons.

This means that if regulation were compulsory, transparency and reporting could potentially be easier using digital currencies than otherwise, he argued.

The use of cryptocurrencies has rapidly gathered momentum in recent years. Currently, there are over 1 100 in circulation, which serve different purposes. The best known of these is likely to be Bitcoin; others include Ripple, Litecoin and Ethereum.

In Kirilenko’s view, an ideal environment was created for cryptocurrencies following the 2008 global financial crisis. Rapid technological development, in conjunction with a mass talent exodus, the failure of previous systems and the affordability of computing, meant that fintech was given the space to flourish.

“This means it is only a matter of time before they are so widely used that their regulation will be non-negotiable,” commented Dr Co-Pierre Georg, senior lecturer at AIFMRM and director of the UCT Financial Innovation Lab.

The challenge of regulation

As things stand, however, regulation is struggling to catch up with the rise of cryptocurrencies. And because cryptocurrencies differ from each other and do different things, this raises complications regarding regulation, said Georg.

Kirilenko added that despite an appetite for regulation, it has been deprioritised in many areas of the world, because the resources required for regulation require justification to taxpayers and there are frequently more pressing problems. As such, cryptocurrencies are often dealt with on a case-by-case basis.

At present, he explained, there is no law in any jurisdiction that says the regulation of cryptocurrencies is compulsory. However, under individual country laws, cryptocurrencies may not be used to enable prohibited activities.

“There are multiple aspects to [the regulation of cryptocurrencies],” he said. “Suppose I’m a regulator. What do I regulate?”

Undermining laundering or misappropriation would mean focusing on anonymity, he said, while concerns about governance would require asking whether assets were potentially vulnerable to asymmetric information, theft or fraud. If it’s a ledger, the regulator would focus on reporting requirements or transparency.

There are “different ways to touch that elephant”, said Kirilenko. “There are different pieces of regulation. If you are going after one, some or all of them, you have to know what would be your main mandate – whether it is a monetary policy mandate, for instance.”

“It is not impossible to imagine initial coin offerings are fraud or borderline offerings and that someone would take the coin and disappear.”

If the central bank issues cryptocurrencies, he said, then it becomes necessary for the regulator to work within the monetary policy mandate. But if he or she is taxpayer-funded, there must be justification for setting resources aside to do that.

A sound reason to devote resources to regulation would be that without it, money could be lost, stolen or open to fraud, dishonesty or abuse. Consumer protection could also come into play.

“It is not impossible to imagine initial coin offerings are fraud or borderline offerings and that someone would take the coin and disappear,” he said.

A further justification for regulation could be price determination. But that, he argued, could concern investors. It would be essential to ensure fair prices.

“These questions have been asked by regulators around the world,” said Kirilenko. “The answers at this point are: We are not sure. We don’t know. We don’t know under which mandate to work, or what part of it to regulate.”

To date, most regulators, typically those working in banks, have established groups to examine these issues, he said. This ensures that if an organisation is ever caught off guard, they have some recourse to provide answers.

Consumer protection agencies have also had limited involvement to date, he added, though this could change if a large number of consumer complaints arose.

In larger jurisdictions, organisations dealing in cryptocurrencies can approach regulators and ask to be certified as regulated, which the regulator may approve or refuse. This has occurred in several recent cases, noted Kirilenko.

A few examples include the Securities and Exchange Commission’s refusal to regulate Bitcoin in March 2017, on grounds that “significant markets for Bitcoin are unregulated”.

In July, the US Commodity Futures Trading Commission announced that by a unanimous vote of the Commission, it issued an order granting LedgerX LCC registration as a derivatives clearing organisation under the Commodity Exchange Act. Under the order, LedgerX would be authorised to provide clearing services for fully collateralised digital currency swaps.

By August, CBOE Holdings announced an agreement providing Chicago Board Options Exchange and its affiliates an exclusive global licence to use Gemini’s Bitcoin market data for bitcoin derivatives and indices.

“Regulators are not actively pursuing regulation, but they have to react to market participants who come to them and ask them to make a determination on their ability to participate in these markets,” said Kirilenko.

Kirilenko believes that cryptocurrencies have a great future in funding development, with high potential in financing new ventures and innovation. This, he believes, is because markets themselves are evolving from previous priorities. In this case, legal, transparent and ethical use would become increasingly important.

Derivatives on cryptocurrencies have a “very significant” future, he said, due to their potential to raise capital finance, finance talent in the digital fintech economy, and bypass existing capital markets that are too costly to participate in.

“They are also more tailored towards servicing the part of the economy that is different from the economy traditional markets were developed to service – machines or to hire people,” he said. “Financial markets latch onto innovation.”

Meanwhile, calls for regulation globally have been gaining momentum. At the start of November, Australia announced digital currencies could soon be regulated for the first time on grounds that it was “absolutely needed”.

The South African Reserve Bank’s (SARB) current ‘sandbox’ approach to cryptocurrency regulation is prudent, said Georg, since many questions around how to regulate cryptocurrencies without stifling innovation remain open.

The SARB will have to take a stand, though, on whether it will support the issuance of a central-bank-backed cryptocurrency at some point in the not too distant future. Otherwise, concluded Georg, South Africa risks being left behind as other countries boldly forge ahead and reap the benefits of this highly innovative sector.

The US, Europe and the UK have all moved towards regulating cryptocurrencies, with several US states passing bills that could see regulation passed into law.

In July, the SARB said it would begin testing cryptocurrency regulations. 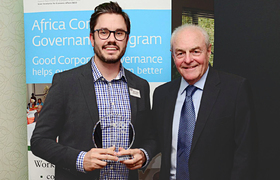 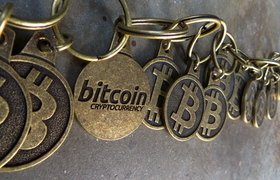 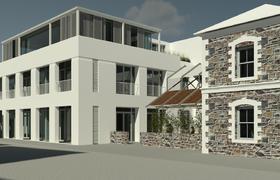