Ten recent graduates from UCT’s Department of Chemical Engineering will be completing their master’s degrees abroad, with the bulk of students attending the University of Cambridge in the UK.

“In academia, we highly value it when our students decide to go one level further because we need to know that there is a good supply of academics going forward,” commented Professor Harro von Blottnitz, acting head of the department.

Dr Pieter Levecque, the undergraduate programme director in the department, said, “The aim of the department is to produce graduates who are recognised locally and globally for their excellence and skills.”

He said that there is a long-standing tradition of Chemical Engineering students pursuing postgraduate studies at top institutions in the UK, like Cambridge University. But to have so many in a single year is exceptional, he noted.

“We see this as a confirmation of the high quality of our graduates and that our degree can compete with programmes from around the world.”

It is also a great motivator for those involved in the programme to continue to find ways to improve, so that this standard can be maintained, he said.

Chris Molteno finished his studies at UCT in 2015. He has been accepted for an MPhil in Engineering for Sustainable Development, for which he is funded by the prestigious Gates Cambridge Scholarship. Regarded as one of the most prestigious scholarships in the world, recipients are required to demonstrate an aptitude for leadership and a commitment to bettering the lives of others, in addition to the achievement of academic excellence.

Also of the class of 2015, Caroline Still has also been accepted for an MPhil in Engineering for Sustainable Development at Cambridge.

Usisipho Gogela, who graduated in 2015, is pursuing a fully funded MSc in Innovative and Sustainable Chemical Engineering at Chalmers University of Technology in Sweden. He is one of the approximately 2% of applicants selected for this highly competitive programme.

Alexandra Stuart-Smith, who graduated in 2016, will pursue an MSc in Biomedical Engineering specialising in biomaterials and tissue engineering at Imperial College London.

Also of the class of 2016, Cara Bea Davidson is studying her MPhil in Engineering for Sustainable Development at Cambridge. She does so with the support of a Commonwealth Scholarship for Developing Countries and a Mandela Magdalene College Scholarship.

Jordan Delbridge is pursuing an MSc in Biomaterials and Tissue Engineering at University College London. Delbridge graduated in 2016.

Having graduated in 2016, Tayla Gordon will pursue an MPhil in Advanced Chemical Engineering at Cambridge. She obtained a Standard Bank Africa Derek Cooper Scholarship to fund her studies.

Timothy Pons, who graduated in 2016, will undertake an MPhil in Advanced Chemical Engineering through the University of Cambridge.

Theona Mudley, also of the class of 2016, is a candidate for an MPhil in Advanced Chemical Engineering at Cambridge.

Victoria Blackbeard, class of 2016, will work toward an MPhil in Bioscience Enterprise at the University of Cambridge. 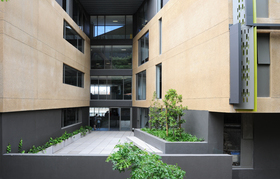 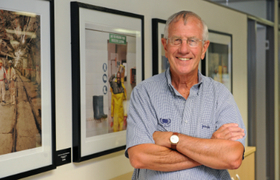 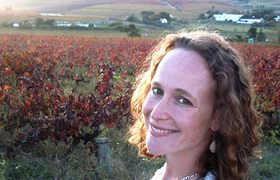 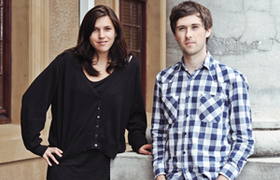