Timm Hoffman: changes in land use

08 March 2016 | Story Carolyn Newton. Photos Timm Hoffman.
Professor Timm Hoffman, Leslie Hill Chair of Plant Conservation, Department of Biological Sciences, won the Alan Pifer Award for his work on the use of natural resources in the communal areas of South Africa; the impact of land degradation on people's lives and his continued efforts to ensure his research contains an active and relevant rural development component.

“Like many others,” said Professor Timm Hoffman on winning the Alan Pifer Award, “the need to see my academic efforts extend beyond the sometimes lifeless and arcane pages of academia is rooted in our dark and rotten apartheid past.” It was thus that Hoffman’s research on the use of natural resources in the communal areas of South Africa, and the impact of land degradation on people’s lives, aimed to combine scientific excellence with an active and relevant rural development component.

In the process he has documented the many complex ways in which people’s social, cultural and economic lives are intertwined with the environment and how its resources are used. Such patterns of use also change over time and much of his research has focused on historical trends in climate, population, vegetation and grazing pressure and what such trajectories might mean for people’s lives and South African society in general. 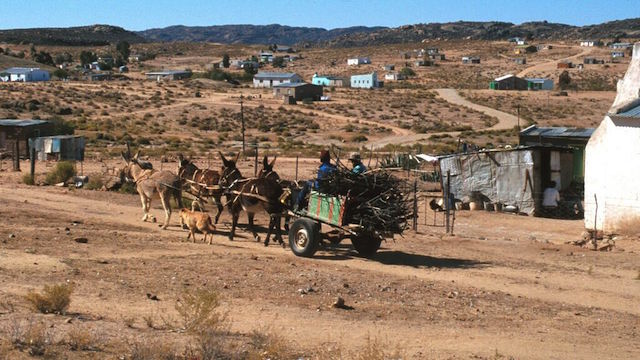 Since 1996, Hoffman has led a long-term research project centred on the rural village of Paulshoek in Namaqualand. Hoffman and his students have covered a variety of issues, ranging from the use of firewood in the village to the effect of feral donkeys on farmers’ livelihoods.

“Many colleagues from UCT, the UK and Germany have brought a dynamic, interdisciplinary focus to the research undertaken in the village,” he says. At the same time, a development programme that supports the research has created a long-term contract job in the village and provided occasional employment for many of the economically active members. Hoffman has also funded infrastructural development and engagement with the primary school and village societies.

The roots of apartheid are also visible in another of Hoffman’s long-term projects on the impact of the land reform programme on natural resources. This 20-year monitoring programme focuses on the people of Riemvasmaak, who were given back their land in one of the first land restitution cases in post-1994 South Africa.

Through the use of photographs and vegetation surveys, this study documents the changes that have occurred in the Riemvasmaak environment since 1995 and records the response of the vegetation to decadal-level changes in climate and land use. “To measure is to know,” says Hoffman, and his long-term studies on social-ecological systems in rural areas such as Riemvasmaak are a commitment to this principle.