A case study: How to turn the numbers around

Professor Jenni Case has been working in academic development in the Department of Chemical Engineering since 1996. She reflects on how the department has gone about improving graduation rates, with positive spin‑offs for transformation.

Of the approximately 3 000 students estimated to have signed up for an engineering degree in South Africa in 2015, fewer than half will graduate after five years, according to the Department of Higher Education and Training.

South Africa isn't alone in struggling with this. In the US only about 50% of engineering students complete their degrees, according to research published in the Journal of Engineering Education. In Australia the figure isn't much higher.

One of the earliest attempts to turn this situation around was started in the chemical engineering department at UCT in the mid‑1980s. At the time, the department's classes were largely white and male, and the graduation rates were low. A few black students were enrolled, but their success rates were poorer than those of their white peers.

A quarter century of change

Nearly 30 years later, UCT engineering undergraduate enrolment rates have risen and white students make up less than 40% of the South African students in the programme. By 2011, the programme posted an overall graduation rate of nearly 70%, with dramatically improved rates for black students.

A group of higher education researchers and I recently worked with data to build a case study of how change can happen in a university department. One of our key questions was: 'What makes educational change possible?'

We wanted to take a long‑term view, because so much of our present discourse on social shortcomings – particularly in education – fails to do so.

During the 1980s, driven by the needs of an increasingly diverse student body, South African universities began to develop a new way of thinking about academic development.

The experience of UCT's chemical engineering department over 25 years is an interesting example of what can be termed 'academic development in the mainstream'. 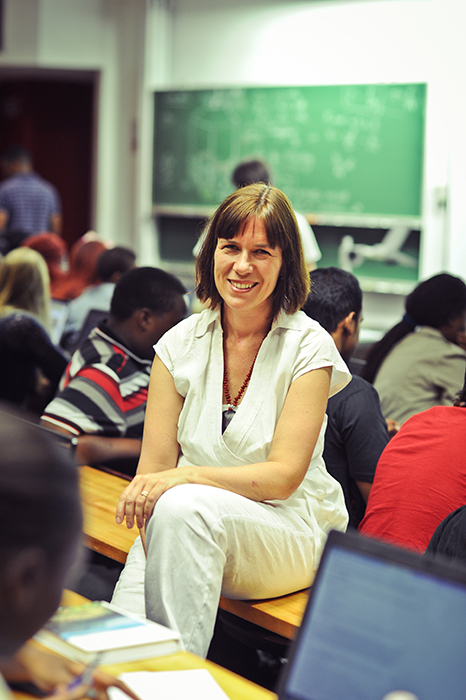 This is exciting because it opens the door to universities exploring different routes to greater inclusivity, and explores a space that traditional foundation programmes have not occupied before.

Here is how it was done.

First, an independent advisory board was established for the chemical engineering department. Its members were recruited from key positions in South African industries – a sign that the department was building closer links with business and was receptive to its views.

From its side, industry did not buy any arguments that low success rates were inescapable in engineering. The board also rejected the idea of a separate academic programme for black students, and urged the engineering department to prioritise the social integration of its student body. It was convinced that an energetic department with a strong academic base should be able to build an undergraduate programme that could help students from a broad range of social backgrounds to succeed.

A few years later, a large industry donation led to the creation of an academic post in the department to focus on academic development. I have held this post since 1996.

The department also made changes to its curriculum and introduced new approaches to teaching. They established a first‑year engineering course, improved industry exposure at the junior levels, and developed better systems for advising undergraduate students.

Lessons from the journey

These are three key lessons from the chemical engineering department's metamorphosis.

First, rather than making pejorative statements about its students, the department took a positive approach and emphasised success, even when pass rates in courses might have suggested otherwise. I found this quite striking, when examining 25 years of departmental deliberations.

Second, the department did not shy away from critical feedback. It did ongoing research and then shared the findings, even when the results reflected poorly on it. For example, a key study showed how good intentions in building a new design course were not being carried through to the level of assessment and feedback.

Third, industry's demands were a significant spur to change.

On some scores, these changes could be considered modest, because they were driven in collaboration with industry, and by a department needing particular outcomes.

However, given the persistent challenges in the South African university landscape, the experience of UCT's chemical engineering department deserves attention.

* This is an abridged version of an article originally published in The Conversation in May 2015, drawn from the journal article: Case, JM, Heydenrych, H, Kotta, L, Marshall, D, McKenna, S, & Williams, K (in press). 'From contradictions to complementarities: a social realist analysis of the evolution of academic development within a department.' Studies in Higher Education.