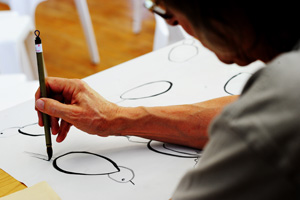 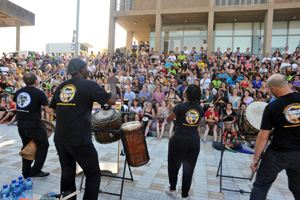 IAPO welcomes international students: UCT students from beyond the Limpopo River were treated to a warm welcome to the continent's leading university as the International Academic Programmes Office (IAPO) kicked off its orientation programme. Orientation leaders gave the students a rousing introduction, shared equally between dancing and speeches. More than 400 new international students enrolled at UCT in 2013. 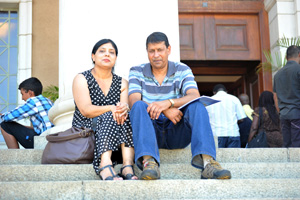 Introduction to campus: Some 850 local and 1 450 out-of-town parents relived their progeny's first days of school as UCT's Parents' Orientation Day helped settle anxious minds. Vice-chancellor Dr Max Price cautioned the parents not to underestimate the gap between school and university. Raj and Veronica Behari, from Durban, whose daughter, Philicia, is studying actuarial science, say they chose UCT because "it's the best in Africa". 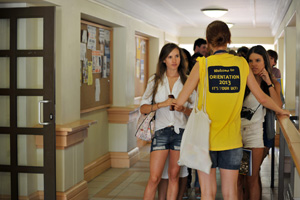 Faculty orientations: UCT's orientation programmes kicked off in typically colourful fashion on 21 January, with the Faculty of Humanities leading the charge. Gradually the other faculties got in on the act, and brightly-dressed orientation leaders (OLs) guided eager first-years around the many campuses and through the various channels. Merada Richter, OL in the Faculty of Science, described orientation as "a week of shock" for the freshers, due to the "change in cultures" many experience. 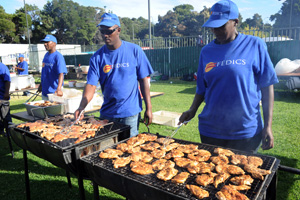 Freshers' Braai: UCT's first-years were only too happy to flop onto the grass at the annual Freshers' Braai on 31 January after taxing orientation programmes. One third of Upper Campus's famous Green Mile was crammed with first-years making merry in the evening sun. The braaied food and cold drinks (of the soft kind) were washed down with a rich dessert of live entertainment, from a tug-of-war with the Students' Representative Council (SRC) to an assortment of musos. 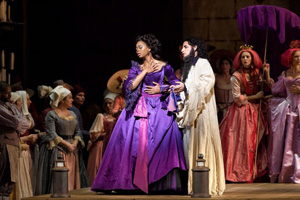 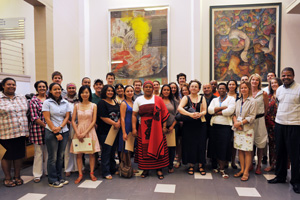 Xhosa Graduation: Learning a new language as an adult is one of the riskiest spaces one can enter, says Associate Professor Sue Shay, deputy dean at UCT's Centre for Higher Education and Development (CHED). At the recent 'graduation' of the newest group of staff and students to have completed the Masithethe isiXhosa course, Shay noted that it required "humility" for adults to learn a new language. The course is offered by the Multilingualism Education Project (MEP) in CHED. 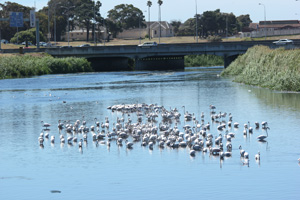 Flamingos on the Black River: A flock of flamingos has found an unusual new home on the Black River alongside the N2. "It's not the first time that flamingos have been found at the river, but it is rare," says Professor Les Underhill, director of UCT's Animal Demographic Unit. "It seems that even though there's an awful lot of junk in the river, the water is remarkably clean, for the birds to be there." 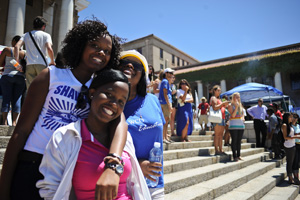 SRC Plaza Week: Jammie Plaza buzzed as thousands of new students enjoyed the sights and sounds of the annual Plaza Week from 4-8 February. More than 90 student societies, sports clubs, development agencies and other student initiatives, from the UCT Film Society to the South African Space Association, paraded their wares. 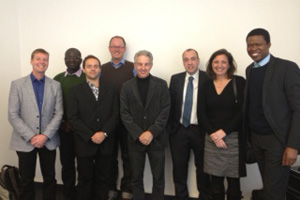 VC hosted by new alumni chapter: UCT vice-chancellor Dr Max Price enjoyed a discussion with members of the new UCT Zurich Alumni Chapter on 27 January. "[Price] made us feel at ease and also addressed tactical approaches for how we could contribute to UCT," said Phiwe Mtwebana, a chapter member. "We are confident of defining a strategic focus ...to support and give back to UCT and its immediate community in Cape Town." 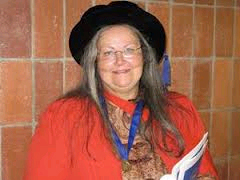 Award for Crowe: UCT's Dr Anna Crowe has been awarded the American Educational Research Association's (AERA) Outstanding Dissertation Award for 2013. Titled Standards of South African Senior Certificate Biology Examinations: 1994 to 2007, Crowe's dissertation analyses Senior Certificate examinations in South Africa under the lenses of cognitive demands and international standards. Crowe was one of two winners of the prestigious award in 2013. 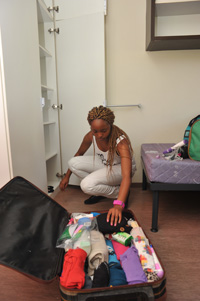 Welcome to your home-from-home: Two thousand-plus freshers acquainted themselves with their new homes-away-from--ome in UCT's 39 residences on 29 January. Students embraced their new surroundings with the aid of residencewardens and senior students. Not everyone was nervous about living away from home for the first time. Tracy Adams, a first-year student from Uitenhage, was excited about her UCT career. "I don't know anyone at this university, but that doesn't scare me!" she declared.