Retired Prof hailed as IS pioneer 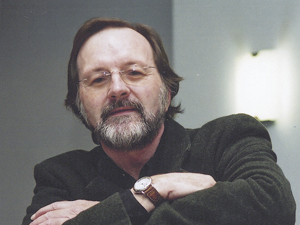 Sure, it's fine being called a pioneer in casual conversation, but it's always better when someone does so officially.

This is what the Council of the South African Institute for Computer Scientists and Information Technologists (SAICSIT) did, recently naming UCT Emeritus Professor Derek Smith as a pioneer of the information systems discipline. At its annual conference in Gauteng in October, SAICSIT presented Smith with its Pioneer Award. He is only the second IS scholar to receive the award, following in the footsteps of another UCT academic, Professor Dewald Roode.

Smith first joined UCT as a senior lecturer in the early-1980s, after completing an MCom in information systems here. He took over as head of the IS Section, then based in the Department of Accounting, in 1992.

A few years later he drew up the organisational blueprint that led to the establishment of the Department of Information Systems. He was the first head of the new department, serving multiple terms.

SAICSIT sang Smith's praises for his work and publications track record, and notably for the honours he designed, as it has become a key feeder of graduates to top companies, including BSG, Accenture, KPMG and Openbox.

"Professor Smith developed outstanding links between IS academia and industry which was significant for the success of the UCT IS department," said Dr Doncho Petkov, professor of IS at the Eastern Connecticut State University, in support of the SAICSIT accolade. "He was seen by colleagues from other universities as one of the founders and authorities of the IS discipline in the country."

The award, says Smith, is "recognition for the team".

"We were one of the early players in this space and put together a strong relationship with the profession. Today we have one of the strongest IS departments in the country."