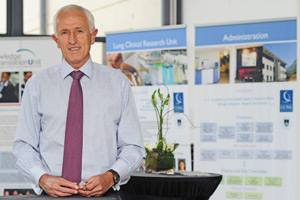 Prof Eric Bateman, director of the UCT Lung Institute, has won the 2012 European Respiratory Society President's Award, becoming the first African to receive the accolade. A professor of respiratory medicine at UCT and head of the Division of Pulmonology at Groote Schuur Hospital, Bateman was honoured for his international contribution to improving the lives of people with respiratory diseases. 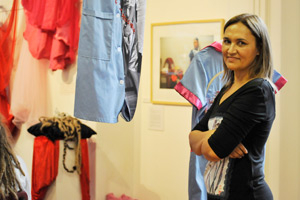 The plight of factory workers in Cape Town's textile industry was highlighted recently at a public lecture hosted by UCT's Centre for Curating the Archive (CCA) and the Centre for African Studies. Speaker Dr Siona O'Connell reflected on the effect that curating the exhibition, titled Spring Queen - The staging of the glittering proletariat, had on her. She revealed that through Spring Queen, "we are reminded of the ongoing story of a violent past and of injured bodies". 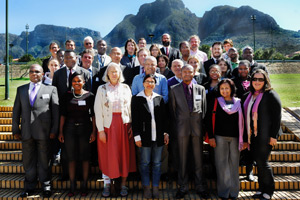 UCT's Refugee Rights Unit hosted an expert roundtable on the International Protection of Persons Fleeing Armed Conflict and Other Situations of Violence. This special two-day meeting was convened by the United Nations High Commissioner for Refugees and was part of a broader project aimed at developing guidelines on international protection. 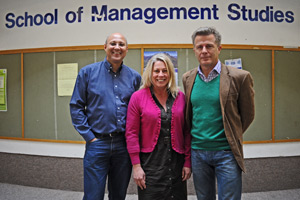 The Eduniversal International Scientific Committee recently recognised two postgraduate diplomas offered by UCT's School of Management Studies as respectively the Best in the World and the Best in South Africa. The Sports Management diploma convened by David Maralack (left) was hailed as the best of its kind in the world, while the Tourism Management diploma run by Dr Richard George (right) was judged to be the best in South Africa. These awards are a feather in the cap of the co-ordinator of the postgraduate diplomas in management, Alison Meadows (middle). 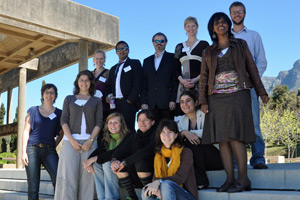 They had to wait a while, but UCT palaeoscientists finally got to host a conference of the Palaeontological Society of Southern Africa, held every second year. At the 17th such meeting, staged in September, delegates covered lots of ground, from vertebrate to invertebrate palaeontology, palaeoanthropology to palaeohistology, ichnology to biostratigraphy, and geochemistry to sedimentology. There was even a session dedicated exclusively to the study of the microstructure of fossil bone, particularly pleasing to the head of the organising committee, Prof Anusuya Chinsamy-Turan, considered a world expert in the area. 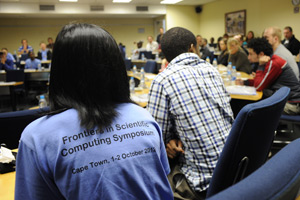 It's not too often that you hear talk of hydrogen storage, radio interferometer array, alloys, cloud computing, climate modeling, chemical catalysis and hadron colliders all at one symposium. But there is a common denominator - scientific computing. At Frontiers in Scientific Computing, a symposium hosted by UCT's Scientific Computing Research Unit, delegates shared their varied expertise on the subject. 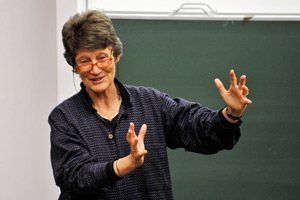 Prof Pam Christie, deputy-director of UCT's School of Education, addressed Western Cape teachers at a recent Schools Development Unit's Teacher Enrichment Initiative. Her presentation, titled The Right to Learn, touched on the continuing struggle for equal education today; what exactly constitutes good education; the global forces that drive assessment and often impede good education; and how critical it is for teachers to be exposed to good pedagogy and content knowledge. 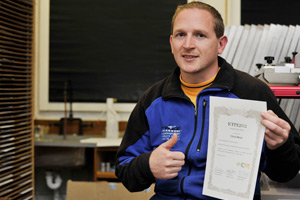 Ulrich Männl, based with the NanoSciences Innovation Centre in UCT's Department of Physics, recently won the award for most outstanding poster presentation at the 2012 International Conference on Flexible and Printed Electronics, held in Tokyo. His poster, on electronic devices based on printed silicon particles, was but one of some 240 on show at the conference, which itself attracted over 1,100 delegates from across the world. Barely a week later, at Nanomaterials: Application & Properties 2012, held in the Crimea, Ukraine, he picked up an honourable mention for another poster presentation. 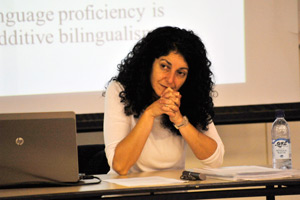 Prof Dori Posel from the University of KwaZulu-Natal was the guest speaker at a seminar hosted by the transformation committee of the Faculty of Commerce. Her topic concerned the financial returns on language skills in South Africa, where the dominant language of business, government and education is English, although no more than 1% of the country's African population speak English as their home language.