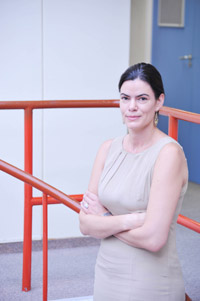 Spreading her wings: UCT lecturer Raenette Taljaard has been appointed onto the Independent Electoral Commission.

During a 15-minute meeting, one thing quickly becomes clear about Raenette Taljaard: she is one industrious person. She thinks fast, talks fast, walks fast, and does just everything else at the same brisk pace.

This could explain why she holds so many positions in so many organisations - all with aplomb. Including, since late last year, that of part-time commissioner with the Independent Electoral Commission (IEC).

The former shadow Minister of Finance (she was a Member of Parliament for six years) also serves on the Regional Agenda Council for Africa of the World Economic Forum, and on the boards of loveLife and the Stellenbosch Institute for Advanced Study, to name but a few. "Knowing how to split my time has never been a challenge," she said of her latest appointment.

The IEC appointment is for seven years. Taljaard, a senior lecturer in public policy with UCT's Department of Political Studies, was nominated by a Johannesburg bishop. Apart from the general IEC duties in terms of the Electoral Act, the new members' specific tasks are yet to be determined.

Taljaard chose to be a part-time commissioner - three other full-time appointees were also named - because she still enjoys teaching.