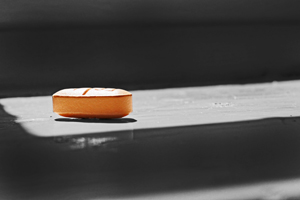 Researchers at UCT and the National Institute for Medical Research (NIMR) in the UK have found that vitamin D deficiency is extremely common in black Africans living in Cape Town, and is also associated with susceptibility to tuberculosis (TB) infection.

The research is published in the Proceedings of the National Academy of Sciences in the US.

South Africa has the third-highest incidence of TB in the world, with 490 000 cases estimated to have arisen in 2009. Active TB can arise as a consequence of reactivation of latent MTB infection following compromise of the antimycobacterial immune response.

HIV infection is a major cause of such immunocompromise, and the high prevalence of HIV infection in South Africa drives its TB epidemic. But other factors may also contribute.

The prevalence of vitamin D deficiency in patients with TB in subtropical Africa has not previously been reported, although vitamin D deficiency is associated with susceptibility to TB in HIV-uninfected people in Europe. There is particularly good reason to investigate this question in Cape Town, because TB incidence in this city is higher than elsewhere in South Africa, and the ability of sunlight to synthesize vitamin D is compromised during the winter in Cape Town.

Professor Robert Wilkinson is associated with both UCT's Institute of Infectious Disease and Molecular Medicine and the NIMR's Division of Mycobacterial Research. He worked with colleagues in Cape Town and London to conduct a cross-sectional study to determine whether vitamin D deficiency was associated with susceptibility to active TB in HIV-uninfected and HIV-infected black Africans in Cape Town.

He also investigated whether there was evidence of seasonal variation in vitamin D status and TB notifications in this setting over an eight-year period. The team measured vitamin D levels in the serum of HIV-infected and uninfected patients with TB, and of appropriate control subjects who did not have TB.

They found that vitamin D deficiency is highly prevalent among black African adults living in Cape Town. The deficiency is associated with susceptibility to active TB in both HIV-uninfected and infected persons, but the association is stronger in HIV-infected people. A seasonal pattern of notifications of TB occurs in Cape Town, with the lowest rates in the second quarter of the year, coincident with peak vitamin D serum concentrations.

Wilkinson said: "A growing body of evidence suggests that vitamin-D deficiency may also impair the immune response to mycobacterium tuberculosis (MTB). We have previously reported that vitamin D deficiency is associated with susceptibility to TB in London, and that this association is modified by variants in the genes for the vitamin D receptor (which senses vitamin D) and vitamin D binding protein (which carries the vitamin around the body).

This research is also of relevance to the UK because TB is more common among immigrants from Africa, who are more likely to be HIV-infected and vitamin D-deficient.