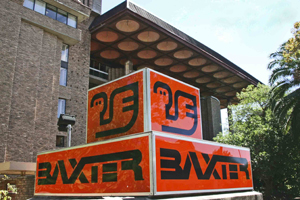 Staff and students are invited to the Baxter Theatre Centre's fundraising Gala Event on 27 October 2011. The evening includes a ticket to David Kramer's new musical comedy Some Like it Vrot at 20h00, featuring Marc Lottering and Christo Davids in the lead roles of Smiley and Fuad, characters created by Lottering in his stand-up routines.

Be sure to arrive early, to enjoy complimentary food and drinks from 18h30 until the start of the show.

Also included is entrance to the after-party (from 22h30), where you can meet the cast of the show. More complimentary drinks and snacks will be served. There will be photo opportunities with the stars of the show in the Peroni lounge, and entertainment will be provided by The Black Ties (Chad Saaiman, Keeno-Lee and Lloyd Jansen).

You also stand a chance to win great prizes, such as a two-night stay at the 4-star Lagoon Beach Hotel, a French perfume hamper, a signed Marc Lottering DVD box set, a signed David Kramer CD collection, and posters signed by the cast of the show.