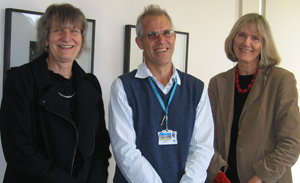 University-based knowledge production is heavily biased towards northern (American and UK) journals, and this entrenches existing inequalities in the knowledge economy, according to Professor Raewyn Connell of the University of Sydney.

Presenting a seminar on her influential 2007 book, Southern Theory, as part of UCT's Project for the Enhancement of Research Capacity (PERC) recently, Connell argued that northern dominance could be challenged by intellectuals in the south having the confidence to generate their own theory, by supporting local and indigenous knowledge outlets, and by establishing south/south connections in the production of knowledge.