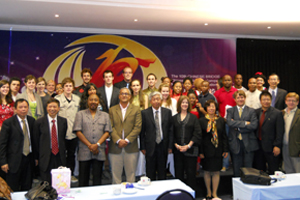 Building bridges: Participants and guests at the South African round of the 10th Chinese Bridge Chinese Proficiency Competition for Foreign College Students

The South African round of the 10th Chinese Bridge Chinese Proficiency Competition for Foreign College Students, hosted by UCT on 8 May, allowed students taking Chinese at South African universities to share their experiences, while the annual event also sets out to promote friendship and understanding, explains Professor Wu Qianlong, deputy director of the Confucius Institute at UCT.

Reflecting the growing numbers of South African universities offering Chinese studies, the number of contestants this year hit 27, the highest yet.

Ten students from UCT, which only started to offer Chinese studies from this semester, took part. They went up against rivals from Rhodes University, Stellenbosch University and UNISA.

The participants all spoke in Chinese for three minutes, then demonstrated their understanding of Chinese culture through performances such as singing or dancing. 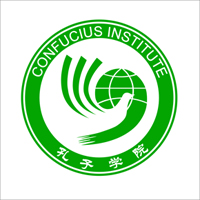 The top two students were selected for the semi-final and final rounds, which will be held in China in July. None of the UCT students qualified for that event, but two - Rachel Anderson and Gafsa Steenkamp - were presented with third prizes, which makes them eligible for scholarships to study Chinese at a university in China for one year.

"But it is more than awards; it is friendship and understanding that resonated in the conference hall," says Wu.

Among the guests at the event were UCT's Professor Thandabantu Nhlapo and Associate Professor Nan Yeld, as well Ghaleeb Jeppie of the Department of Higher Education and Training, Hao Guangfeng of the Chinese Consulate at Cape Town, and Wei Yanggen of the Chinese Embassy in South Africa.