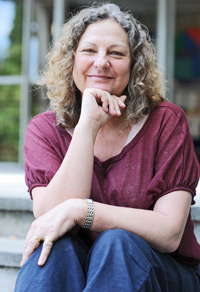 Double whammy: Assoc Prof Melissa Steyn is the recipient of this year's HELTASA/CHE National Excellence in Teaching and Learning Award and the NCA Outstanding Scholarship Award.

Steyn's first honour came from the National Communication Association in the US. A research paper co-authored with Professor Jolanta Drzewiecka of Washington State University in the US took the association's Outstanding Scholarship Award for the top article in International and Intercultural Communication for 2009.

Steyn's second win was the HELTASA/CHE National Excellence in Teaching and Learning Award for 2010 (HELTASA is the Higher Education Learning and Teaching Association of Southern Africa, and CHE is the Council of Higher Education).

Four awardees are selected from nominations submitted through the Vice-Chancellors' Offices at Higher Education Institutions. The awards recognise outstanding leadership and practice in teaching. One of the initiatives Steyn was recognised for is her spearheading of diversity studies at UCT, as well as her approach to teaching, which she views as an active engagement between student and teacher.

"I am lucky in that the substantive material I teach, the methods I employ and the outcome I work towards - intellectually informed, critically thinking, diversity-literate graduates - all dovetail very closely. It's all very satisfying.

"I try to work to establish a co-operative ethos in the classroom, because I believe everyone has a need to feel affirmed, and students think at their best when they feel actively supported."