Two UCT scholars, Professor Johann Lutjeharms and Professor Bongani Mayosi, will be among the three South Africans - all academics - to receive the Order of Mapungubwe, the country's highest national order, from President Jacob Zuma in Pretoria on 11 December.

Lutjeharms and Mayosi, with Emeritus Professor Hendrik Koornhof of the University of the Witwatersrand, will be awarded the Order of Mapungubwe (silver) for outstanding contributions in their respective fields. 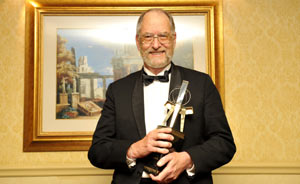 Lutjeharms receives the award for his exceptional work in oceanographic science. In particular, he has become the foremost authority on the Agulhas Current - the main input of warm, salty water around the southern tip of Africa into the Atlantic - and the role that the Agulhas plays in the earth's climate and in climate change. In a paper in the latest edition of the journal Nature, Lutjeharms and colleagues show that increased warm, salty water from the Agulhas Current may well offset any possible reductions in the Atlantic deep-water circulation from freshwater inputs in the North Atlantic. 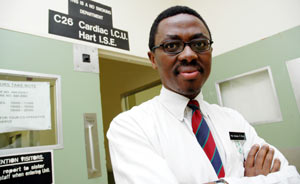 Mayosi will be recognised for his pioneering work in medical science. Over the past years, Mayosi, head of the Department of Medicine at UCT, has been sounding the alarm to the growing threat of non-communicable diseases in South Africa. He is one of the senior authors of the seminal paper on the topic that appeared in the UK journal The Lancet this year, and will also play a leading role in two major South African health and research collaborations - the UCT-based Sub-Saharan Africa Centre for Chronic Diseases and the Southern African Consortium for Research Excellence.

But Lutjeharms and Mayosi will not be the only ones with UCT ties to receive national orders next week. 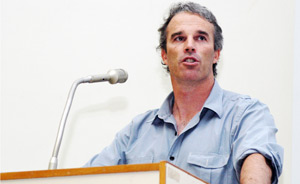 UCT law graduate, environmentalist and maritime lawyer Lewis Gordon Pugh will be presented with the Order of Ikhamanga (gold) for his exceptional sporting triumphs. In 2007, Pugh became the first person to complete a long-distance swim at the North Pole, part of his efforts to raise awareness to the threats of global warming. (Next up for Pugh is a swim in a glacial lake under the summit of Mount Everest in April 2010.)