EDU WATCH – Education news from Africa and the world 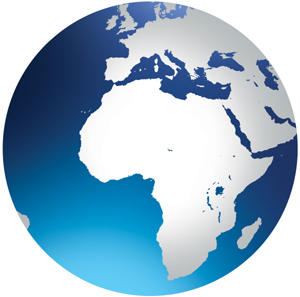 Students burned and trashed parts of the University of Zululand last week, resulting in tens of millions of rands in damage. This after the IFP-aligned SA Democratic Students Movement was penalised for not meeting the deadline to submit a list of candidates in the recent student elections, won by a landslide by the ANC-aligned SA Students Congress.

The ANC in the Free State has come out in support of the University of The Free State's (UFS) transformation programme. Free State ANC chairman Ace Magashule, who is also provincial premier, said the party fully backed the process decided on during a meeting between UFS rector Jonathan Jansen and the ANC Youth League.

Students in Namibia may take the government to court to explain why children of high-ranking Government officials had received scholarships to study in China while scores of "deserving poor students" had their applications rejected.

A Report in the US suggests that receiving financial aid appears to have a significant positive impact on the educational performance of university students from low-income families. But, adds the study, many higher-education institutions are caving to pressure to give aid to other students who do not necessarily need it.

Fifty-Eight Private Colleges in the US now charge at least $50 000 a year for tuition, fees and accommodation. That's up from just five in 2008.

Foreign students contributed 6.5 billion Canadian dollars to that nation's economy in 2008, more than either lumber or coal exports did. That figure, says a news report, illustrates why the government has placed a high priority on promoting Canada as a destination for international students.

A 21-year-old student in the final year of her studies at Bethlehem University was deported to her home in Gaza by Israeli authorities, despite appeals by the university and human-rights groups. Berlanty Azzam was arrested at a military checkpoint near Bethlehem, in the West Bank.