So, what do YOU think of UCT Libraries? 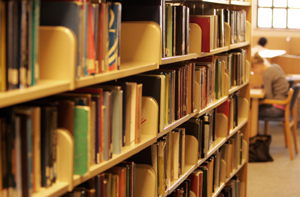 UCT Libraries is conducting a campus-wide, internationally-benchmarked survey from 28 September to 16 October to measure and improve the quality of library services.

The survey is being conducted using LibQUAL+, a survey instrument developed by the US-based Association of Research Libraries (ARL) in conjunction with the Texas A&M University Libraries. As well as determining who uses libraries and why, LibQUAL+ calculates the perceptions and expectations of users around three categories, namely effect of service (how knowledgeable and helpful the librarians are, for instance); information control (the degree to which the library provides access to needed resources); and library as place (just how nice a haunt it is).

The survey is based on tools used widely in the service industry, and its findings have already spawned hundreds of scholarly articles.

After a previous survey in 2005, UCT Libraries responded to the results by initiating a major Carnegie-funded project to improve library support for researchers, by dramatically increasing subscriptions to electronic journals, and by improving service delivery at service points, among other things.

"This is a great opportunity for UCT Libraries to highlight our services and our commitment to improving quality," says Joan Rapp, executive director of UCT Libraries. "The 2005 survey received one of the highest response rates (over 30%) of any participating institution in the world."

The survey is made up of 27 core questions, as well as a box for comments, which can be unpacked for nuances. It's based and completed on the web, and information is posted directly to ARL, who analyse the data.

The association then generates a warts-and-all report and scores of detailed charts. These will tell UCT Libraries just how it stacks up in general, and by different constituencies, such as undergraduates, postgraduates, and academics. The report will also highlight areas where the libraries do really well, and those where work will be required.

Visit the UCT libraries website for more information and to participate in the survey.