Looking ahead to the 2010 budget

Perhaps the best way to start is to clear up a possible misconception about the university's operating surplus. UCT is currently budgeting at an operating surplus - profit, if you will - of around R14 million. That number is ironclad and will not be allowed to change, regardless of what else does.

But why do we protect a surplus if we are not a for-profit enterprise, and why do we not use the surplus for salary increases, as an example? The short answer is that it would be irresponsible for the university not to have a surplus that can act as a buffer when we may need it. More importantly, it creates the capacity to undertake capital expenditures.

To explain a little further: We have R1 billion in capital projects facing us over the next few years, starting with a new residence at half a billion rand, and then a number of other projects, including new scientific equipment.

The state is giving us R340 million towards these projects. What about the shortfall? Fundraising would not, realistically, make much of a dent in the R600 to R700 million balance that requires funding.

Instead, that money has to come from annual operating surpluses, which are accumulated over time to build up our free reserves, together with net investment income from our investments and cash earnings.

This year, for the first time, we topped R1 billion in cash holdings; at the peak, we held R1.2 billion. If that sounds like multiple riches, it's not - most of that cash is for designated activities and much is sitting in research funds. By the end of the year, we'll have about R600 to R800 million in cash. We estimate that we have a free cash balance - after money committed to designated activities - of around R200 million.

That's way below our target, as it leaves us no room for anything to go wrong; such as, for example, a cut or misestimate in the state subsidy. This alone won't break us, but it could cost us as much as R30 million, which has to be covered in some other way. If some of our students don't pitch up at the start of the year or something happens that keeps our semester-study abroad students away, we may be looking at another R20 or R30 million that has to be covered from within the existing budget while holding the R14.5-million bottom line.

We do need a cushion. (Our high-level finance plan requires that our annual operating surplus should be 5% of our gross income - around R85 million - for our sustainability.)

Next year, 2010, is in fact the first time that we've budgeted for a small surplus.

We've realised a small surplus for a number of years, and for 2009 we're projecting an operating surplus of around R20 million, at this stage. That's against a budgeted deficit of R21 million, so we're talking about a R45 million swing on that. That's thanks to the university's various operating units - the faculties and PASS departments.

Some of the annual variables may be of interest. We're looking at a state subsidy of R827 million, which comes to about an 11% increase. (The subsidy has, of course, not been announced yet, and the increase could be anything between 7% and 15%. Our budgeted subsidy of an 11% increase is based on a considered assessment.)

Another big variable is fees, and no, we've not increased fees by 20%. Instead, it comes to around 10%. (A jump in student numbers or a change in the mix of students - for instance, more semester-abroad students - would increase that budgeted income.)

Jammie Shuttle is running efficiently. (We assumed, when drawing up the budget last year, that fuel prices would be a lot higher, but that's come down nicely, saving us some money.) But the Shuttle service is costing us a lot more than we originally thought it would, and demand for it is expanding. If we decide to give more support to the Shuttle service, where do we find the money?

The single biggest variable remains staffing costs. It is true that the university is successful because of the quality of its staff. The reality is that the cost to pay all our staff is a large one - close to R1 billion. We may wish to reward our staff with large increases, but the financial reality is that even a 'small' one percent increase in staffing costs amounts to R10 million additional funding needed. The reality is also, of course, that if we make a decision to increase our spending in one area then we must decrease our spending in another area. By example, if we spend more on buildings then we cut our spending on research, or increase our income. Or, in another example, if we increase salaries we might make that up by spending less on maintenance, or increasing our fees, etc. It ultimately is a balancing act, and a difficult one at that! 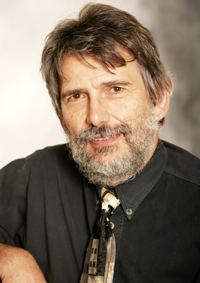 To illustrate further just how difficult the balancing act is: Council and the Finance Committee have made a provision for 2010 salary increases, which the Remuneration Committee regards as reasonable, given what we know of the market and given projections. If the settlement with unions is within that provision we are okay, but if it is above what we had planned by say 1%, we will be asked by Council to make up for that 'extra' by cutting 1% from some other planned budget.

These are the issues we're faced with daily.

We've also committed R37 million to research. This amount has tripled over the past few years. We are really putting a lot into research, but we're showing dividends in our research output. And while research does cost us quite a bit, we're making progress in our research cost-recovery.

Finally, let's talk about what is to us the defining variable - our cash balances, money in the bank, which varies hugely over the course of a year. (Profit or surplus could be said to be an opinion, total turnover ego, but cash is reality.)

As mentioned earlier, we estimate free cash of about R200 million at year end. Council and the Finance Committee have instructed that our free cash not drop below this value at any time. There are a couple of dips foreseen in 2010 - coinciding with expenditure on major projects - but we know that with the number of projects we have on the go, they will not all happen as scheduled. (The R500 million residence project is already delayed by a year.) So we're sure that because of timing and other variables, we will not violate this instruction at any stage.

But you can see that we're vulnerable to sudden swings, and that is something that we will have to manage.

This piece is based on Prof Enrico Uliana's presentation to the PASS Forum on 12 November.