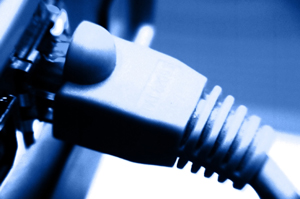 Information Communication & Technology Services (ICTS) has announced a further increase in internet bandwidth for the university. Earlier this week UCT moved from 44Mbps to 84Mbps, resulting in improved access for most people on campus.

This comes after the switch was flipped on the Seacom undersea fibre-optic cable, which now links the East coast of Africa with the rest of the world. Despite delays caused primarily by pirates along that coast, the cable finally landed on local shores and was switched on in late July. It will provide high-capacity connectivity at a lower cost than the current link, and will be used to augment internet traffic to the region.

This most recent increase to UCT's bandwidth comes on top of other purchases made earlier this year by ICTS. This means that since the beginning of the year, UCT's bandwidth has increased by more than 100%.

This is the tip of the iceberg, though. The Meraka Institute is managing a project for the Department of Science and Technology to connect academic institutions to the South African Research network, which will facilitate access to even more of the bandwidth provided by the Seacom cable.

Fossil discoveries rewrite human history An international team of researchers, including geologists from UCT, has unearthed the earliest known skull of Homo erectus , revising our family tree in the process. 02 Apr 2020

Blazing a trail for female sports in South Africa Amid the International Women’s Day celebrations in March 2020, 25 women in sport – including a group from University Sports South Africa – came together for a countrywide three-day Women in Sport Leadership Training Workshop. 02 Apr 2020 Republished